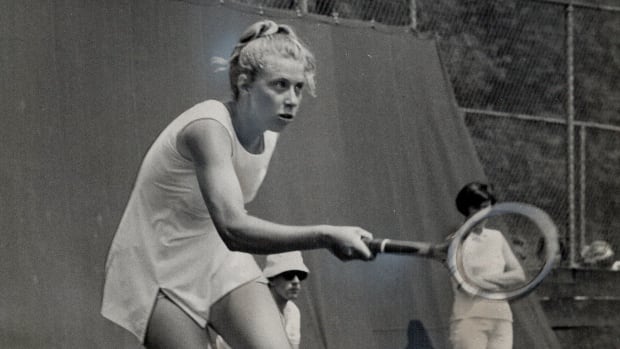 The first Canadian woman to win the Rogers Cup tennis tournament 50 years ago is impressed with 19-year-old Bianca Andreescu championship victory at the tournament over the weekend.

“She’s the real deal. She has the complete package that’s required to do the real great things in tennis,” said Faye Urban-Mlacak, who won the Canadian Open — the tournament’s former name — in 1969.

Urban-Mlacak grew up in Windsor but moved to Toronto just before winning the Canadian Open at age 24.

She went on to compete in an international tournament before retiring and going into teaching.

She isn’t sure how her win was received in Windsor but she says she received a lot of support from the community when she was first learning her skills.

“I know from my junior days, Windsor was really a very supportive town,” said Urban-Mlacak.

She was inducted into the Windsor-Essex County Sports Hall of Fame in 1992, an honour that she was happy to receive.

“Windsor was my roots and it’s where I began my tennis career and I’m grateful for that,” said Urban-Mlacak.

Our in-depth interview with Bianca Andreescu after her emotional Rogers Cup win, where she earned the respect of her idol, Serena Williams. 10:39

She said a lot has changed in the sport since then — including tennis equipment itself.

For instance, Urban-Mlacak had to play with wooden rackets, which were much heavier than today’s lighter metal rackets.

“Financial reward for competitive sport for men and women in those days was not very good, especially for women. It was quite low. It’s good to see that things have come a long way since then,” said Chuck Smith, vice-chair of the Windsor-Essex County Sports Hall of Fame.

Many of the young tennis instructors working the summer camp at Windsor’s Parkside Tennis Club Monday weren’t aware of Urban-Mlacak’s accomplishment, but they said Andreescu’s win is a boost for the sport.

“I grew up in the same system as she did when I played in some of the locations as she did. I actually played on those courts, and it’s just nice to see that like people I’ve played with are doing big things,” said 20 year-old Stephanie Stamate.

“Kids I coach, it’ll give them the encouragement and the inspiration to keep going on,” said Alexa Spadafora.