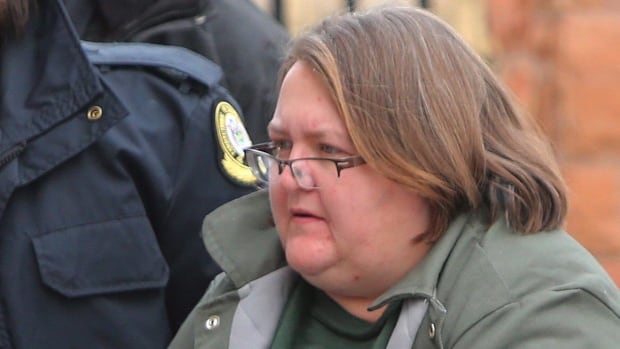 In cross-examination of Karin Fairchild, who works in compliance for the Hamilton Service Area Office and advised the province on creating the Long-Term Care Homes Act, counsel for the Ontario Nurses' Association (ONA) cited multiple reports dating back to 2001 that all came to similar conclusions about a lack of nursing power at long-term care homes.

Notably, the 2004 ministry report cited a nursing home that had just one registered nurse, one registered practical nurse and four aides tasked with the care of 160 people overnight.

That situation bore a similarity to the staffing mix at Caressant Care in Woodstock, Ont., where Elizabeth Wettlaufer was often the only registered nurse on staff during night shifts, and where she killed seven of her eight victims.

"All of these reports identify staffing as an issue, and I'm just wondering what the hesitation is in either legislating the one hour of care or requiring a home to have more than one registered nurse?" counsel for the ONA asked.

"I'm not the person to make those decisions. I would be happy for someone to make decisions at a higher level to fund those recommendations, but I don't have control over that," said Fairchild.

The offices charged with inspecting Ontario's long-term care homes do not have the manpower to conduct inspections "in a timely manner," Fairchild said Wednesday.

Fairchild said care homes, nurses and the public have a number of ways to report problems at long-term care homes, and that the overall number of complaints continues to grow. But her team doesn't have enough people to respond, Fairchild said at the Elgin County courthouse in St. Thomas.

"Given the resources that I have now, I can't keep up. I'm lucky in that I have a very long-term set of staff, so it's not that they're not afraid of the work —​ it's just that there's too much of it."

The resourcing issues date back to the enactment of the Long-Term Care Homes Act in 2010, said Fairchild, who played a role in drafting the legislation.

Even so, she told the inquiry the province's inspection system has done a proactive job of catching problems and effecting change. Fairchild said a "large majority" of homes do report their problems to the province.

"Is it able to detect someone who wilfully hides their crime? Obviously not, because we didn't know about it until [Elizabeth Wettlaufer] confessed," Fairchild said.

"But I do think that for the residents in other long-term care homes where we have identified systemic problems, we've ceased admissions, we've required mandatory management orders, we've made a difference in the quality of care for those residents through our actions."

Wettlaufer worked at three Ontario nursing homes before she confessed to killing eight patients and trying to kill or harm six others between 2007 and 2016.

Following Fairchild's testimony, the inquiry was to hear testimony from officials with the South-West Local Health Integration Network, which oversees home care in southwestern Ontario. After leaving the Meadow Park nursing home in London, Wettlaufer worked for a temp agency and tried to kill others with insulin overdoses.

Wettlaufer, 51, was sentenced in June 2017 to eight concurrent life terms in prison.

The inquiry began in June and runs until September.