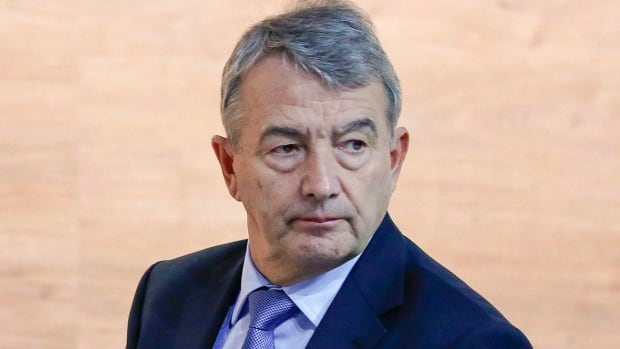 Swiss prosecutors on Tuesday charged former members of the German soccer federation (DFB) and a former FIFA official with fraud over the true purpose of a 6.7 million euro ($ 7.5 million US) payment before the 2006 World Cup in Germany.

Proceedings over allegations of money laundering were abandoned last month.

The Swiss attorney general’s office said that proceedings against Franz Beckenbauer, who headed the 2006 World Cup organizing committee, will be conducted separately because he is currently “unable for health reasons to participate or to be questioned in the main hearing in the Federal Criminal Court.”

Zwanziger and Niersbach have reacted to the announcement.

“I’m not even thinking about this process because it has nothing to do with the law,” Zwanziger told news agency dpa.

The payment, made to FIFA by the World Cup organizing committee, in April 2005, was falsely declared as being for a World Cup opening gala.

The Swiss attorney general’s office said the money was used to repay a personal loan of 10 million Swiss francs (the equivalent of 6.7 million euros) that Beckenbauer accepted in 2002 from then-Adidas boss Robert Louis-Dreyfus. That money was channeled through a Swiss law firm to a Qatari company belonging to Mohammed Bin Hammam, then a member of FIFA’s Executive Committee.

Beckenbauer said Bin Hammam requested the money in return for a much bigger grant (250 million Swiss francs) from FIFA to the World Cup organizing committee.

The attorney general’s office said Qatari authorities did not reply to questions on the purpose of the payments from Beckenbauer, who accepted a personal loan because the DFB did not want to provide the funds.

In April 2005, the debt was repaid through a DFB account when the World Cup organizing committee transferred the money to FIFA, which on the same day transferred it as a simple “pass-though” payment to a Swiss account held by Louis-Dreyfus. Louis-Dreyfus died in July 2009.