The British Columbia Interior Health authority is warning street-drug users of a synthetic cannabinoid that has been linked to a so-called “zombie” outbreak in New York.

Tests at a Kamloops overdose-prevention site found the powerful drug mixed with heroin, fentanyl and caffeine.

A 2017 article in the New England Journal of Medicine says the drug caused a mass intoxication of 33 people in New York City in July 2016 and was described in the media as a “zombie” outbreak because of the appearance of those who took the drug. 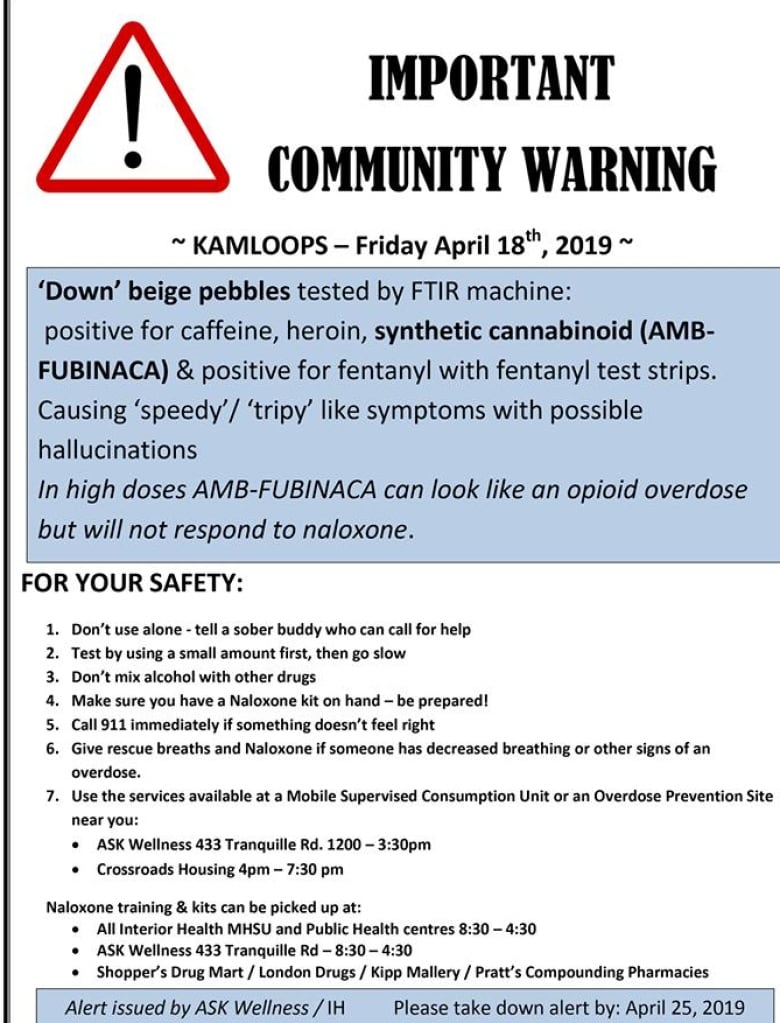 Chief medical health officer Dr. Trevor Corneil says the discovery of the drug is a good example of the level of sophistication that both harm-reduction workers and users have been able to access in the province.

He says workers are seeing that users are becoming more aware that they need to have their illicit drugs tested and when they learn what’s in their drugs, they make better decisions.