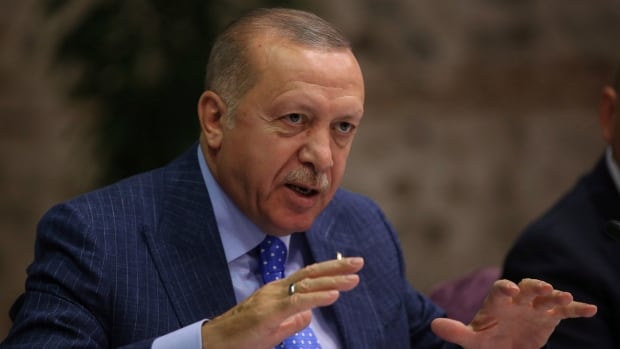 Syria’s army deployed near the Turkish border on Monday, hours after Syrian Kurdish forces previously allied with the U.S. said they had reached a deal with Damascus to help them fend off Turkey’s invasion.

The announcement of a deal between Syria’s Kurds and its government is a major shift in alliances that came after U.S. President Donald Trump ordered all U.S. troops withdrawn from the northern border area amid the rapidly deepening chaos.

The shift sets up a potential clash between Turkey and Syria and raises the spectre of a resurgent Islamic State in Iraq and Syria (ISIS) as the U.S. relinquishes any remaining influence in northern Syria to President Bashar al-Assad and his chief backer, Russia.

On Monday morning, Syria’s state news agency said that the army had moved into the town of Tal Tamr, which is about 20 kilometres from the Turkish border.

Tal Tamr is a predominantly Assyrian Christian town that was once held by ISIS before it was retaken by Kurdish-led forces. Many Syrian Christians, who make up about 10 per cent of Syria’s pre-war population of 23 million, left for Europe over the past 20 years, with the flight gathering speed since the country’s conflict began in March 2011.

SANA did not say from which area the Syrian army had moved into the town.

Despite widespread criticism from its NATO allies in Europe and the U.S., Turkey has pressed on with its offensive into northern Syria.

Turkish forces appeared set to launch an operation on the town of Manbij farther west on Monday, according to CNN-Turk, which said the forces had reached the city’s edge.