It's perhaps the most famous painting in the world — Leonardo da Vinci's the Mona Lisa.

We'll never know what da Vinci was thinking when he painted the woman with the enigmatic smile. But new research offers some clues into what he might have been seeing.

Based on da Vinci's work, there is evidence that the artist had strabismus — a condition that affects about three percent of the population and is usually detected at birth. One eye is straight, while the other eye can drift. In da Vinci's case, his strabismus was thought to be extropic, meaning it was intermittent.

The findings were published this week in the journal JAMA Ophthalmology by professor Christopher Tyler from the Smith-Kettlewell Eye Research Institute in San Francisco. To prove his hypothesis, Tyler had to do some artistic sleuthing because there are few validated portraits of the artist. 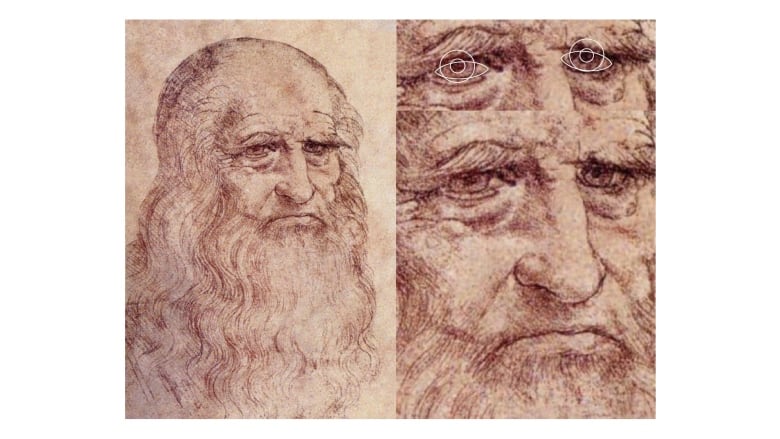 By measuring the iris and pupil boundaries, researcher Christopher Tyler believes the painter had Strabismus, a misalignment of the eyes ((Courtesy of Christopher W. Tyler/American Medical Association) )

Tyler based his conclusions on six images — two sculptures, two oil paintings, and two drawings done by either da Vinci or his first mentor, Andrea del Verrochio. All of these works are thought to contain elements of da Vinci's face because he believed artists reflected their own appearance in their work.

Da Vinci once wrote that "the soul guides the painter's arm and makes him reproduce himself, since it appears to the soul that this is the best way to represent a human being." By measuring the eyes, pupils, irises, and eyelids in each of these works, Tyler discovered that there was a misalignment of about 10.3 degrees between the two eyes — possible evidence of strabismus.

Tyler concluded that in Virtuvian Man, one of da Vinci's most famous works, the artist was aware of his own condition. "In that case he draws the pupils different sizes," said Tyler. "He's using it as an artistic way of giving you the sense that one eye is seeing more clearly than the other."

But how did strabismus affect da Vinci's overall work? Tyler said that when both our eyes are working correctly we see the world in three dimensions. When one eye strays, the brain compensates by forcing the good eye to work harder in two dimensions. And that could give some artists a unique edge. 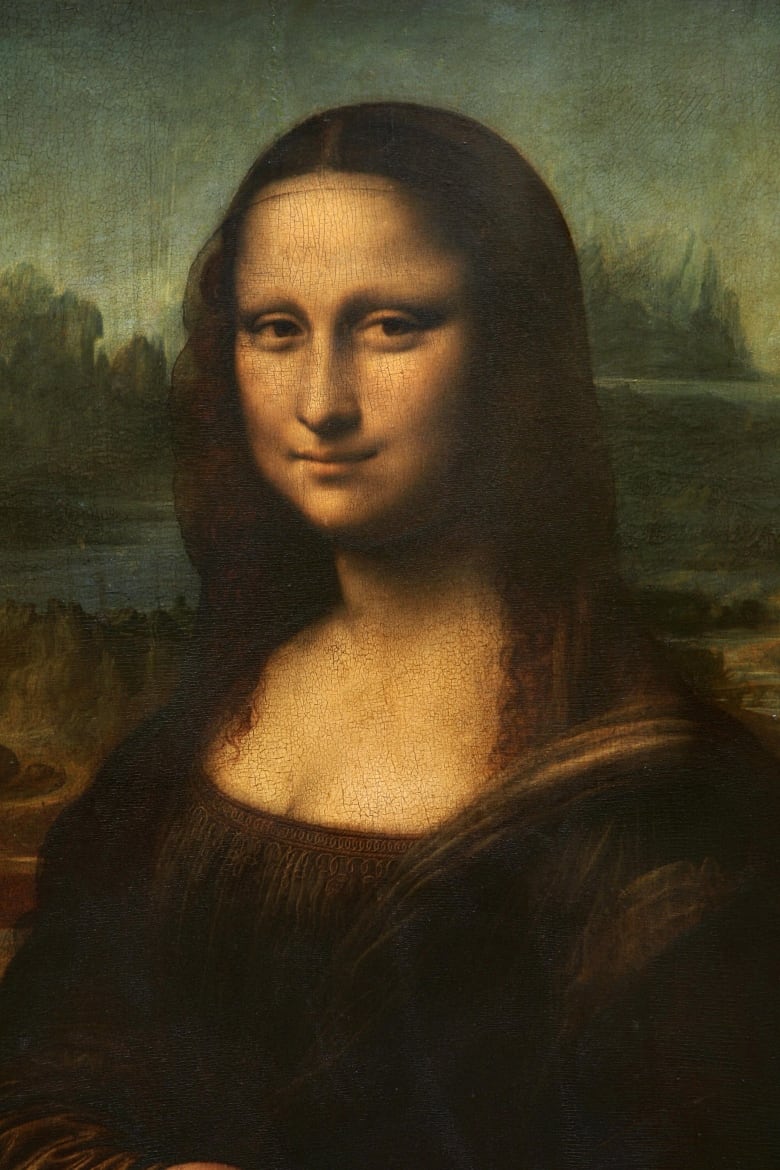 The famous Mona Lisa hangs in the Louvre Museum in Paris. New research indicates its painter may have had a vision disorder. (Jean-Pierre Muller/AFP/Getty Images)

"Some forms of strabismus are thought to facilitate artistic work by suppressing the deviating eye, which creates two-dimensional monocular vision advantageous to painting and drawing," Tyler said. In da Vinci's case, Tyler believes he painted in a way that masked the strabismus. "In the Mona Lisa, he's famous for using 30 layers of micro-thin paint to capture the three dimensional modelling of the face."

Leonardo da Vinci wasn't the only artist believed to have had strabismus. Degas, Picasso, and Rembrandt were thought to have the condition based on the eye alignment in their self-portraits. Strabismus is treatable, either through surgery or vision therapy.

Lisa Christian, a professor of Optometry and Vision Science at the University of Waterloo in Kitchener, Ont., said the findings provide insight into how people live with strabismus. "When you find people that have a different vision than what you have, it's hard to relate to them. This is kind of a glimpse into how people with this condition see the world."

Tyler said it's another fascinating detail in the amazing life of Leonardo da Vinci. "He's such a universal intellect. The range and scope of what he explored was just astounding. And this just adds to that story."