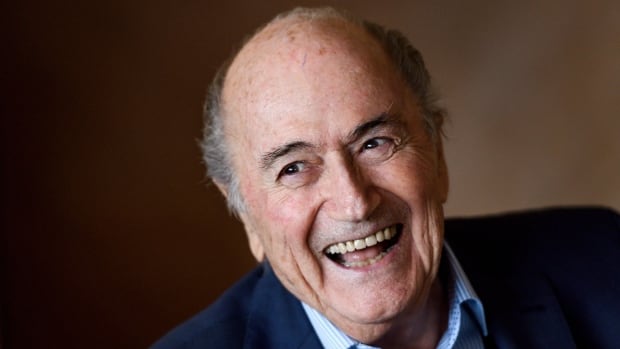 A change in strategy this week gave the leaders of the American, Canadian and Mexican soccer federations equal status in a bid that has been heavily favoured to win the hosting rights on June 13 in Moscow. The reshuffle reduced the role of previous bid chairman Sunil Gulati, the most senior American in FIFA who served on the soccer body’s executive committee under Blatter.

“They give the impression that they are not any longer very sure that they will win, that’s my impression,” Blatter said. “But I don’t know why they are afraid.”

“I don’t know if the Moroccans are able to organize a World Cup of 48,” Blatter told invited reporters at a briefing in Zurich related to his own legal issues.

Both bids will formally submit plans next week. A FIFA-appointed panel will then evaluate the candidates and publicly score them for potential organizational and commercial risks.

Two days ahead of his 82nd birthday, Blatter said he was “a happy man.” He is still seeking to challenge a six-year ban from soccer for unethical conduct, a punishment that followed Swiss federal prosecutors opening criminal proceedings against him in September 2015. He has yet to be charged.

The Swiss official has long blamed an executive committee vote in December 2010 that picked Russia and Qatar as future World Cup hosts for sparking American and Swiss federal investigations of FIFA officials that ultimately forced him from office.

Though Blatter says he voted for the United States bid that lost to Qatar for the 2022 hosting rights, he said that doesn’t mean the country deserves to get the 2026 edition.

Blatter acknowledged he once thought the 2026 contest was “a decision that was taken” in favour of North America.

Last May, the three co-hosts pushed FIFA to give them preferential status before Morocco joined the contest by an August deadline with little bid structure in place.

Blatter said the U.S. team’s failure to qualify for this year’s World Cup — which led to Gulati not seeking re-election as soccer federation president — complicated the leadership issue. The bid calls for the United States to host 60 of 80 games in 2026, with Canada and Mexico hosting 10 each.

“They have put all the three together in order to show that it is a combined organization. They should have taken the decision at that time [of the World Cup exit],” Blatter said. “The USA is big and the decisions are not always easy to understand.”