An Ontario man and his wife say their recent cruise in Europe became a nightmare after Air Canada lost his portable dialysis machine.

Tom and Jane Jakobszen were on a flight from Windsor to Copenhagen on June 24 en route to a 10-day cruise to celebrate their 50th wedding anniversary.

After the plane landed in the Danish capital, the couple went to baggage claim and everything seemed normal — until they opened the suitcase that was supposed to be carrying the machine.

"It was empty. I don't think I can express the words. Shock, anxiety, anxiousness, distress," said Jakobszen, who needs to be on dialysis nine hours a day due to kidney failure, and also has bone cancer.

He had the machine on loan from a Windsor dialysis clinic, which purchased it from manufacturer Baxter.

The clinic has since replaced his machine, which Jakobszen said was waiting for him when he came home from abroad. 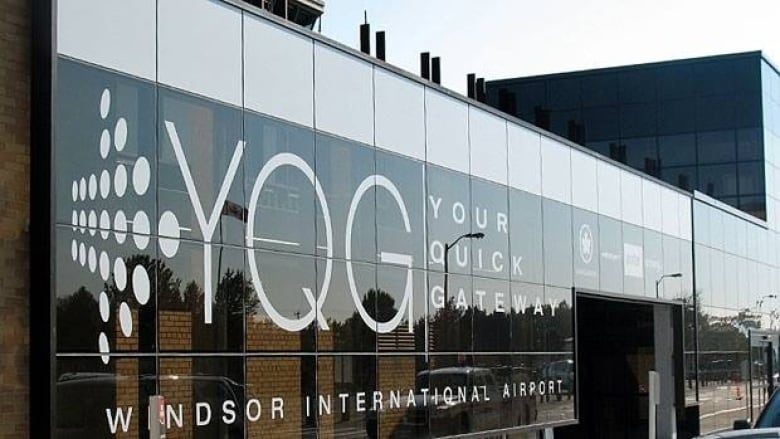 The Jakobszens knew they couldn't bring the machine carrying the dialysis machine on the flight because it was too big and heavy.

Dialysis unit was given 'priority' check-in

While it may have been better to bring the machine as a carry-on, the couple said it was too big and heavy to be stowed in the cabin, considering it's "about the size of an old, manual typewriter."

According to Jakobszen's wife, the airport employee who checked them in assured them the machine would make its way to Denmark.

"[The employee] put Priority on there and Fragile, and said it goes into a special area of the plane."

CBC News contacted Air Canada for comment. The company said it was "unable to determine why it [the machine] did not arrive" in Copenhagen. 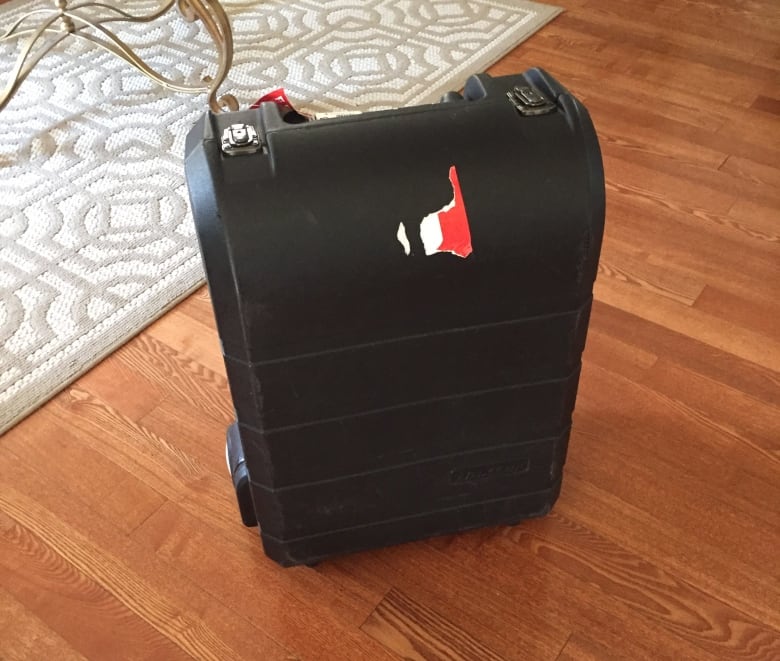 Husband had to use a 'slower' machine

After landing in Denmark, Jakobszen missed a day of dialysis before another unit, which was provided by Baxter through a hospital in the city — not a perfect solution for Jakobszen, as each machine is programmed to meet the needs of each individual.

"I was now using chemical fluids that were slightly different in makeup … And the machine was a little bit slower. It took me a long time to learn how to get used to it," he said.

He also said he lost about "two or three days on the trip" bedridden due to exhaustion.

According to Air Canada's statement, customers should contact the company's medical desk "with respect to travelling with medical devices as each situation is different."

Jakobszen said that's exactly what he did.

"I did prepare by notifying Air Canada [that] I was bringing a machine with me. And they said it'll be safe as can be on the airplane." 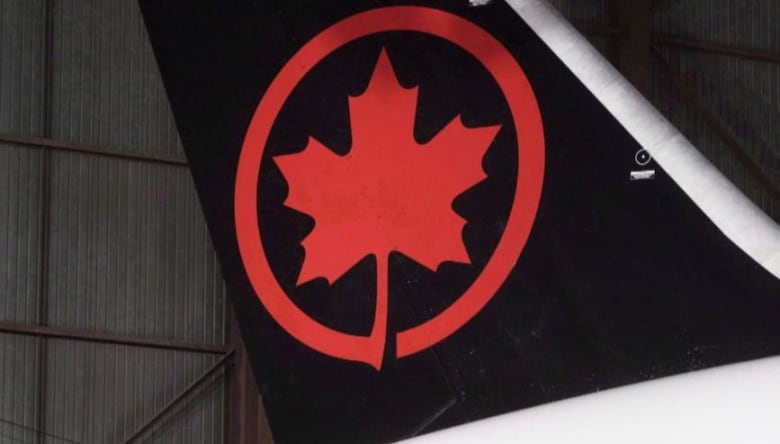 Air Canada has offered the couple a travel voucher worth $ 1,000 they have to use within a year, but they won't accept it as adequate compensation. (CBC)

Regardless of the issues, Jakobszen and his wife did not cut short their cruise. But he said he was unable to enjoy it as he felt unwell while aboard the ship.

After their trip, the couple went back and forth with the airline company to arrive at an appropriate settlement. The exchanges went on for almost two months, said Jane Jakobszen.

On Aug. 20, Air Canada sent her an email saying it would be reimbursing the cost of the machine to the manufacturer.

"We're in the process of settling the claim directly with Baxter Corporation, therefore you may now consider your file as closed," baggage claims representative Elliott Vez said. 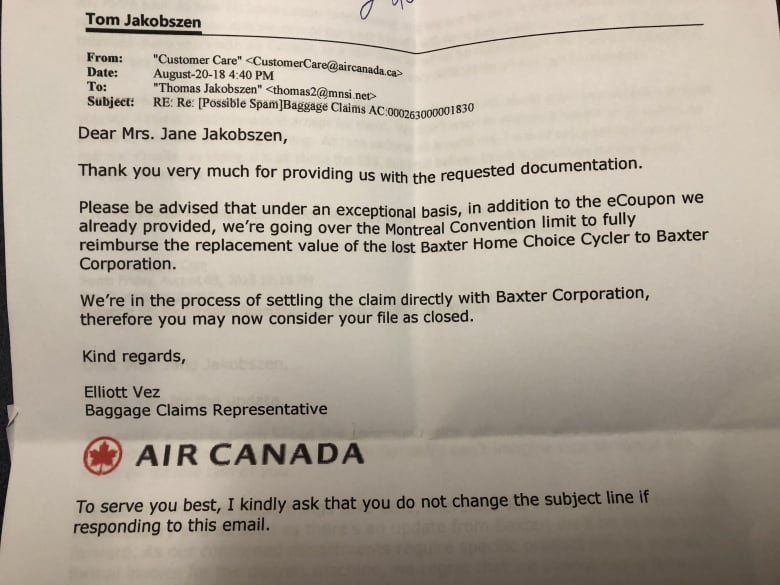 After almost two months of communicating with the couple, Air Canada says it now considers the file closed, and will look to arrive at a settlement with the manufacturer directly. (Flora Pan/CBC)

Air Canada has offered them a $ 1,000 travel voucher, which they have not accepted. Tom Jakobszen said they would have to use the voucher within a year and it's not an acceptable form of compensation.

He was "in a rough state" during the trip, and even though he's not looking for the entire cost of the vacation — $ 10,000 — but he would like a "major financial settlement."

"A good half of [my trip] was destroyed," he said. "I've never felt like this in my life, because I depend on that machine."

"It's just that I feel they've really mishandled this whole thing. They've considered it a piece of lost luggage without thinking of all the anxiety that went with it."

One of the 33 Chilean miners who spent 69 days trapped underground in a Chilean cave says that eight years after their ordeal, he still suffers from trauma.

"I'm still suffering from the psychological effects … it hasn't been easy," Mario Sepulveda said in a telephone interview.

He still has problems with his vision — he often needs to wear sunglasses — and doesn't sleep well.

"And when this kind of thing happens like the accident with the Thai youths, it gives me a lot of anxiety and pain, as if it was going to happen to me again," he said.

Days earlier, Sepulveda — who was nicknamed "Super Mario" for trying to lift the spirits of his fellow trapped miners during their ordeal 700 metres below ground — posted a video message of support for the Thai soccer team.

"I followed the news from the first day till the last day. I was very invested in it," he said.

On Tuesday, the last four of 12 Thai boys and their soccer coach were freed from the flooded cave. The team members, who range in age from 11 to 16, and the coach became trapped on June 23 while exploring the cave complex in the northern province of Chiang Rai after soccer practice. A rainy season downpour flooded the tunnels.

Much like the Thai soccer team,  the efforts to rescue Sepulveda and his fellow miners became the of focus of worldwide attention after they became trapped on Aug. 5, 2010 when their copper mine collapsed.

Although the Thai soccer team's stay in the cave was much shorter than the Chilean miners, some psychologists have suggested the children could still experience long-term psychological trauma. 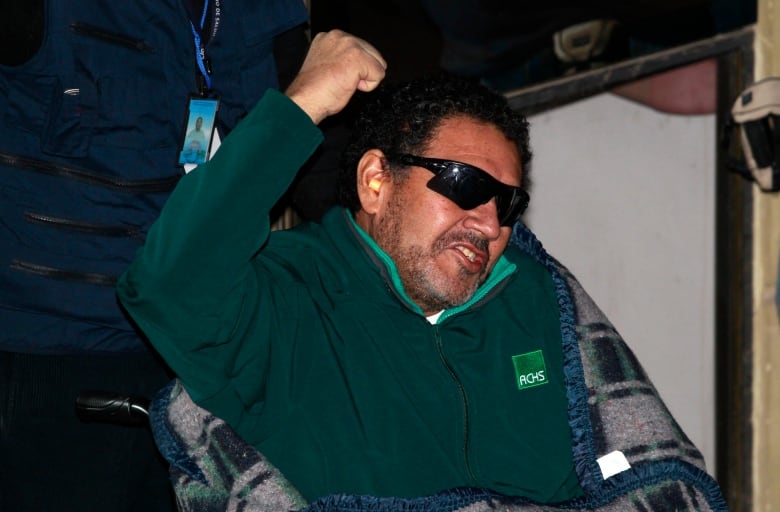 Rescued miner Luis Urzua shouts 'Long live Chile' as he arrives to the hospital in Copiapo, on Oct. 14, 2010. Ticona was the last of 33 trapped miners to be rescued from the San Jose mine, after more than two months underground. (Dario Lopez-Mills/Associated Press)

Luis Urzua, the shift foreman who was the last of the Chilean miners to be rescued from the cave, said talking about the accident helps him manage.

"From my colleagues, there are many who are not able to talk about what happened because when they talk about it, they experience shock," he said in an interview.

Urzua's leadership was credited with helping the men endure the initial 17 days after the mine collapse, during which they had no outside contact.

"I do have colleagues who are practically reliving all day [the ordeal] we had, and re-living those 70 days we spent underground."

Urzua said that some of the former trapped miners still work at the mine, but need to "act tough" because they can lose work if they show signs of weakness.

"This is one of the big problems these miners have," he said.

"There are some miners that today can't find a job, eight years, because of the psychological part."

He said the Thai soccer team will need to rely on friends and family to deal with the psychological issues that may follow.

"I think that psychologically right now they must be very weak," he said. "They are very young to go through this type of trauma. And at this point their family needs to be by their side and they need to give them the best support, the best love."

'These boys are going to do very well'

Sepulveda said he is optimistic the team is "going to do very well" because how authorities and health officials are dealing with them and preparing them to face what's to come.

"They've been caring for them extremely well," he said. "So I don't have any doubts that these boys are going to do very well. And much better than us." 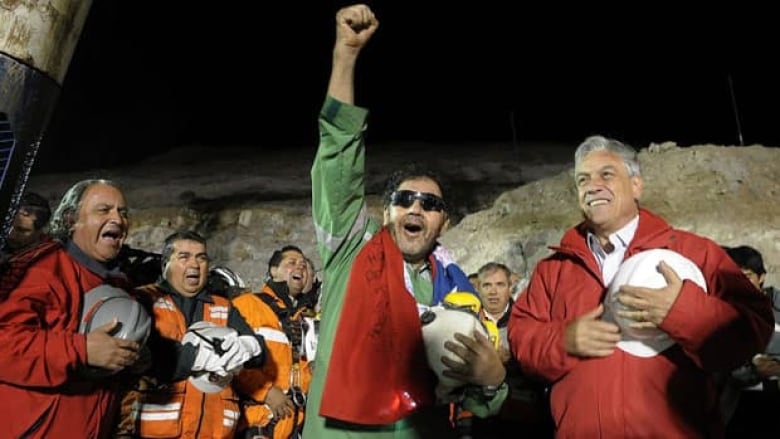 Urzua also credited the Thai authorities, saying it seems like they've been more careful with the kids, and have not been exposing them to the media.

"The time will come for them to say or comment about what they went through but not right now because they are just coming out."

Urzua warned the team about being exploited over their experiences. He still has bitter feelings toward those who made a book and movie about their ordeal, believing the miners were not fairly compensated.

"We didn't know how to handle it. We didn't have guidance, who could tell us things how they really were and we were tricked afterwards," he said.

"If these kids want to tell their story, they shouldn't give it to anyone, especially the people with a suit and tie."