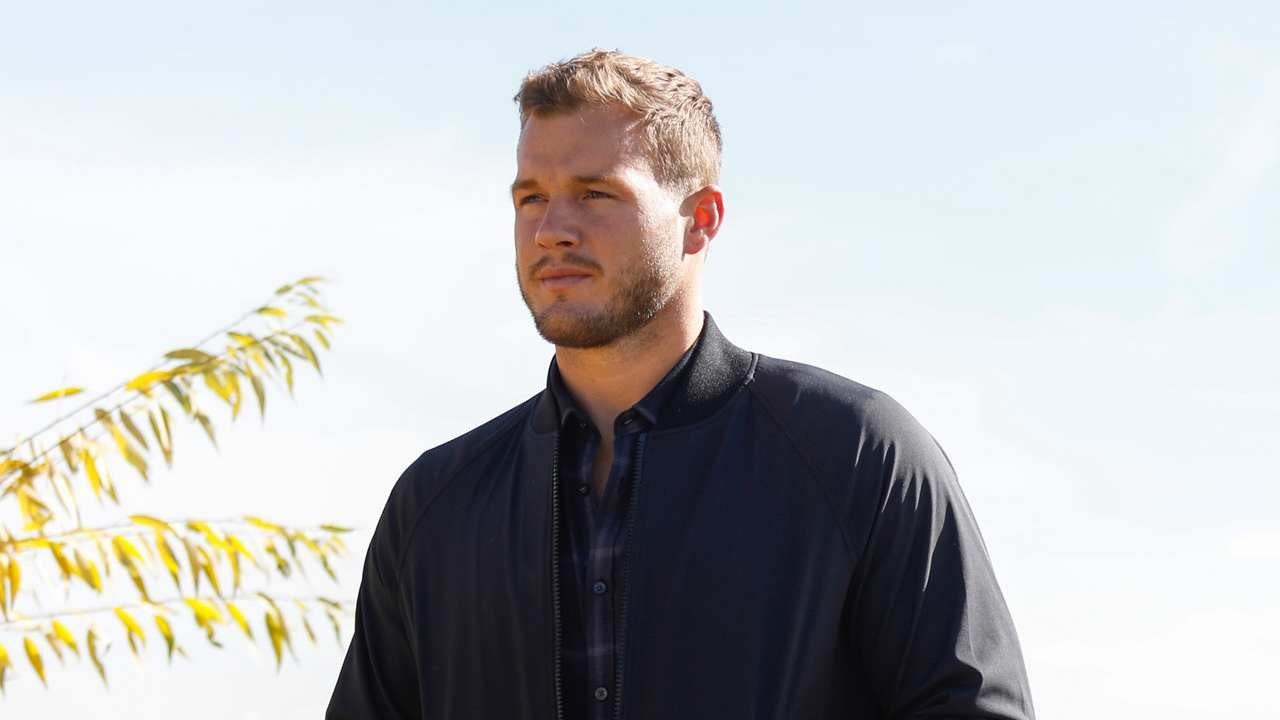 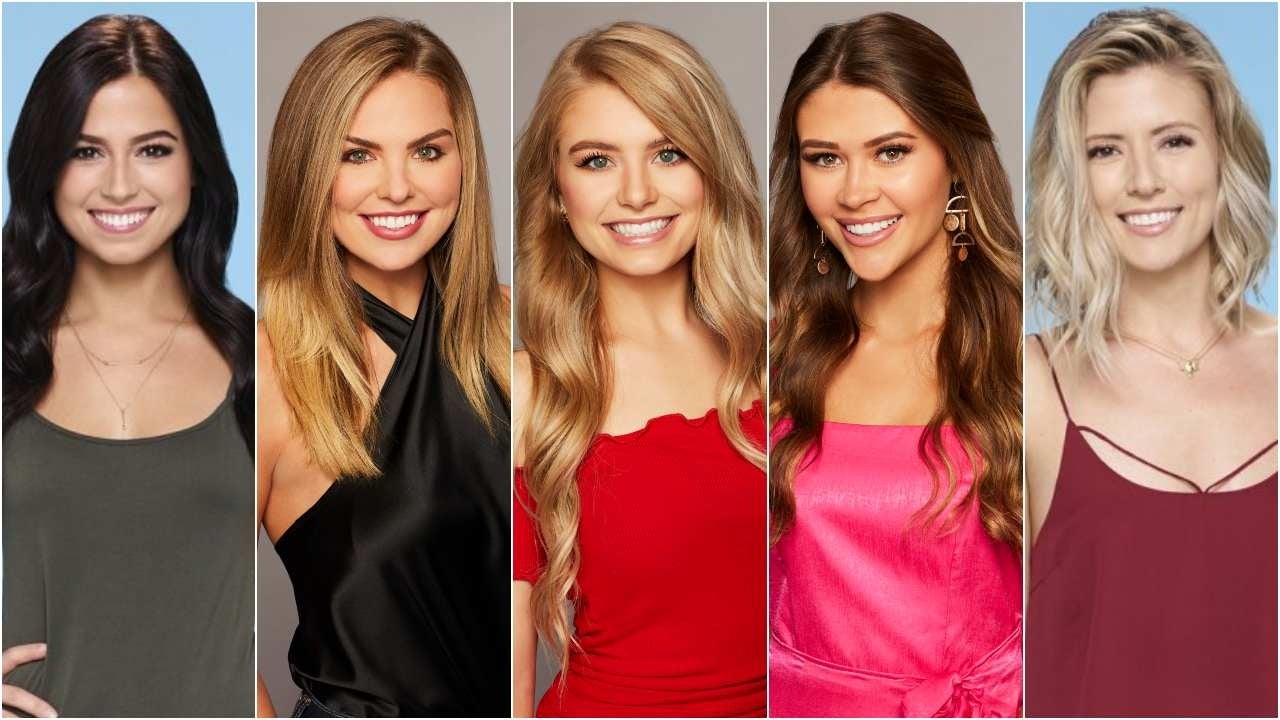 Who Should Be the Next 'Bachelorette': Breaking Down the Frontrunners, From Hannah B. to Kristina Schulman | Entertainment Tonight The former Bachelorette gave birth to her second child with husband Chris Siegfried, Us Weekly confirms. The couple welcomed a baby boy, whom they named Zander Cruz Siegfried. The news comes a day after Hartsock wrote about her approaching due date and starting “baby watch” on Instagram.

“Feeling so grateful for everything right now and for all this new year is going to bring! Baby watch begins now. 😉💙🙏🏼 #Godisgood #almost40weeks #newbaby #pregnancy #momlife #momtrepreneur,” she wrote alongside a photo of herself holding cute baby shoes.

Zander joins his 2-year-old big brother Asher, whom Hartsock and Siegfried welcomed in October 2016. The pair met and got engaged on season nine of The Bachelorette in 2013. They tied the knot a year and a half later, in January 2015.

Hartsock and Siegfried, who are based in Seattle, Washington, couldn’t have been happier to expand their familly. The now-mom of two gushed over her new addition while announcing her pregnancy in July.

“We are beyond excited to finally announce that we’re expecting baby number two!!” Hartsock wrote on Instagram alongside cute pictures of her and her husband with Asher, reading a book titled I Am a Big Brother. “And it’s safe to say after Asher realized he was going to be a BIG brother he wasn’t so happy! Lol. Actually he just didn’t want to take direction (what kind of toddler is he?) and had a tantrum BUT we are glad to share our good news with you all and can’t wait to take you along for the ride!”

Hartsock first competed for Sean Lowe‘s heart on his season of The Bachelor in 2013. He and his wife, Catherine, also recently welcomed their second child, when Catherine gave birth to another baby boy in May.

See more on Hartsock in the video below, and join ET’s Bachelor Nation Facebook group here.

'The Bachelorette' Star Desiree Hartsock Reveals Gender of Baby No. 2 With the latest season of The Bachelorette having come to a close on Monday, star Becca Kufrin and her new fiancé, Garrett Yrigoyen, sat down with Jimmy Kimmel following the season finale, and she opened up about a few of the things she’s learned she doesn’t like about her new man’s quirks and habits.

For the record, none of it had to do with Garrett’s controversial propensity for going on Instagram and liking alt-right and homophobic memes, as well as jokes mocking Parkland school shooting survivors, posted by other Instagram users (for which he later apologized).

After being cooped up with Garrett for weeks while waiting for the finale to air, Becca has developed a problem with Garrett’s snoring and messy habits.

“He snores so dang loud, and he likes to call it purring,” Becca shared with Kimmel, before revealing her real pet peeve.

“He does this thing… where he loves paper towels, but he leaves them all around the house,” Becca explained, getting more and more animated, while Garrett laughed awkwardly. “So everywhere I go it’s like a crumpled paper towel here, and crumpled paper towel there. So I’ve started [sending] him videos all day long.”

As for the tiny things Becca does that gets under Garrett’s skin, the Reno, Nevada, native said he couldn’t think of a single thing.

“Nope, nothing irks me,” he said, showing off his diplomatic side.

He was similarly diplomatic when he took to a new Instagram account — after deleting the account he used to like posts claiming Parkland student David Hogg is a crisis actor and memes mocking the transgender community — to apologize for liking those posts.

“I am sorry to those who I offended, and I also take full responsibility for my ‘likes’ on Instagram that were hurtful and offensive. garrett_yrigs12 was my former Instagram handle and I decided to take it down and start fresh because I have learned an extremely valuable lesson and am taking steps to grow, become more educated, and be a better version of myself,” Garrett wrote. “I am not perfect, and I will never be anywhere close, but now I will always be more informed and aware of what I am liking and supporting, not just on Instagram, but in life.”

While they’ve put the controversy behind them, Becca and Garrett said they are already working on the next challenge they’re going to face: whether or not she is going to take his difficult-to-pronounce name.

“We’ve talked about maybe hyphenating it, but that’s Kufrin-Yrigoyen, and I don’t think our kids are going to be able to pronounce that,” Becca admitted.

“You’re gonna have to have really smart kids,” Kimmel quipped.

The couple also opened up about BlakeHorstmann, the Bachelorette suitor who Becca had to kick to the curb on Monday’s finale, and his tear-soaked meltdown after having his heart torn apart.

Even Garrett admitted that he felt bad for the runner-up, and said he could see himself being brought to tears if he’d been in a similar situation.

“I mean, yeah, I put myself in his shoes,” Garrett said, expressing empathy for Blake.

Becca, who said she’s only seen bits and pieces of the finale, also sympathized with his crying fit.

“I’ve shed my fair share of tears,” Becca said, adding that she “never wanted to make anyone cry that hard.”

Following their conversation with Kimmel, the couple participated in the traditional newlywed style game that the outspoken host likes to play with all new Bachelor Nation couples who sit down with him — and the pair did decently when it comes to proving how much they actually know about one another.

For more on the emotional finale of The Bachelorette, check out the video below.

‘The Bachelorette’: Becca Kufrin and Her Final Man on Marriage, ‘Fur Babies’ and Moving in Together

‘The Bachelorette’: Garrett Yrigoyen Thought He Would ‘Lose’ Becca Kufrin Over Instagram Scandal Kathryn Dennis is ready to begin her journey towards finding love.

TheSouthern Charmstar revealed on Twitter on Wednesday that she’s had conversations about possibly becoming ABC’s next Bachelorette — though Becca Kufrin’s season hasn’t even ended yet.

“Actually I’m kind of in talks about it 🤭,” Dennis replied to a fan asking if she’d consider being the Bachelorette, teasing another follower with “Maybeeeee 🤭🤭🤭🤭.”

The 25-year-old reality star dated her Southern Charm co-star Thomas Ravenel off and on until 2016. They share two children together: 4-year-old daughter Kensie and 2-year-old son St. Julien. In 2016, Dennis lost custody of her kids and entered rehab after a positive drug test, and has since been focused on her kids and her sobriety.

Actually I’m kind of in talks about it 🤭 https://t.co/reqNXbjzIH

ET’s Brice Sander sat down with Dennis in April, where she admitted that hooking up with Ravenel after a pool party in season one (thus beginning their tumultuous relationship) was something she wishes she could have done differently. “[But then] I wouldn’t have my children,” she noted.

Dennis also revealed that she was starting to date again. “I just want a normal, nice [guy],” she said, adding that she dreams of getting married one day, and hopes to expand her family with two to four more kids. “That’s it. That’s all I really care about. Yeah, and tall. And smart. I like someone who can hold a conversation about something other than talking about themselves.”