President Donald Trump on Wednesday expressed outrage over a New York Times report that he received at least $ 413 million US from his father over the decades, much of that through dubious tax dodges, allegedly including outright fraud.

Trump accused the newspaper of "doing a very old, boring and often told hit piece on me." In a tweet, he said: "Added up, this means that 97% of their stories on me are bad. Never recovered from bad election call!"

The 15,000-word Times report contradicts Trump's portrayal of himself as a self-made billionaire who started with just a $ 1-million loan from his father.

The Times report says Trump and his father, Fred, avoided gift and inheritance taxes by setting up a sham corporation and undervaluing assets to tax authorities. The Times says its report is based on more than 100,000 pages of financial documents, including confidential tax returns from the father and his companies.

A lawyer for Trump, Charles J. Harder, told the Times there was no "fraud or tax evasion," and that the facts cited in the report are "extremely inaccurate." 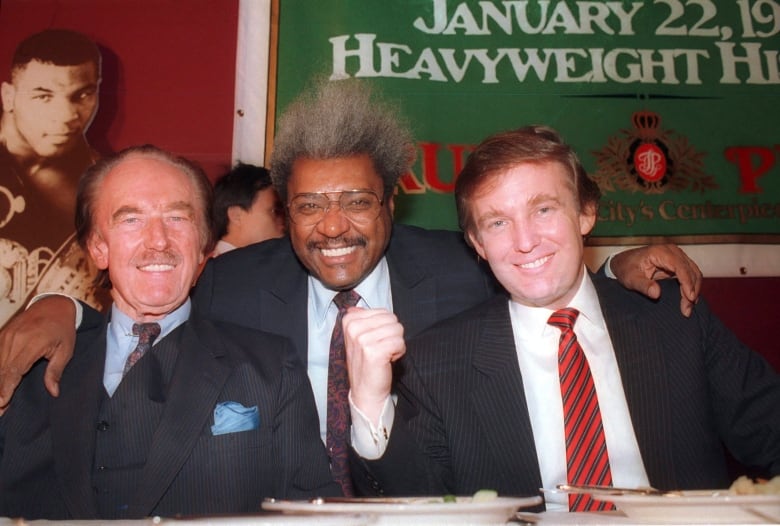 Donald Trump, right, and his father Fred, left, are seen with boxing promoter Don King in December 1987 during the younger Trump's time hosting boxing events at his Atlantic City casinos. Now U.S. president, Trump has often said he received just a small stake from his dad, but the Times says that's untrue. (The Associated Press)

The White House dismissed the report as a "misleading attack against the Trump family by the failing New York Times." It criticized the newspaper and other media outlets, saying their low credibility with the public is "because they are consumed with attacking the president and his family 24/7 instead of reporting the news."

The New York state tax department told The Associated Press that it was reviewing the allegations in The Times and "is vigorously pursuing all appropriate avenues of investigation." The department typically refers findings to the state Attorney General's office.

The Times said the Trump family hid millions of dollars of transfers from the father to his children through a sham company owned by the children called All County Building Supply & Maintenance. Set up in 1992 ostensibly as a purchasing agent to supply Fred Trump's buildings with boilers, cleaning supplies and other goods, the father would pad invoices with markups of 20 per cent or even 50 per cent, thereby avoiding gift taxes, the newspaper reported.

The report said that before Fred Trump died in the late 1990s, he transferred ownership of most of his real estate empire to his four living children. The value of the properties in tax returns summed up to $ 41.4 million, vastly less than the Times said they were worth.

The same properties would be sold off over the next decade for more than 16 times that amount. 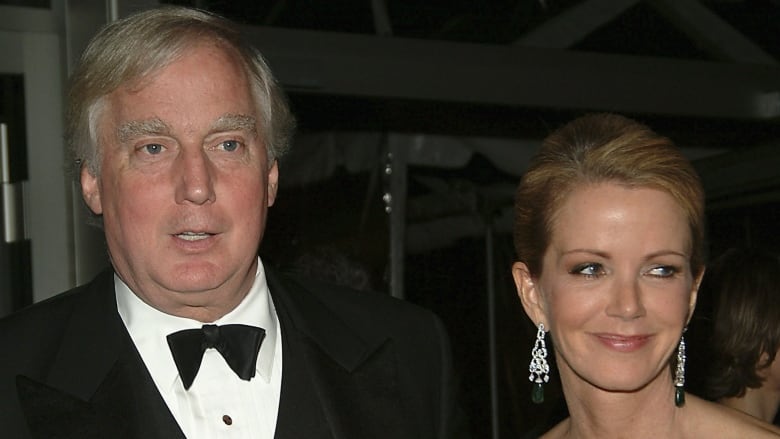 Robert Trump, seen with then wife Blaine Trump at a May 2005 event in New York City, is the president's brother and keeps a low profile, but released a statement Tuesday night blasting the Times report. (Photo by Desiree Navarro/Getty Images))

In total, the president's father and mother transferred over $ 1 billion to their children, according to the newspaper's tally. That should have produced a tax bill of at least $ 550 million, based on a 55 per cent tax on gifts and inheritance at the time.

Instead, the children paid $ 52.2 million, or about five per cent.

Tax experts cited in the report say Trump was unlikely to face criminal prosecution in helping his parents evade taxes because the manoeuvres occurred long ago and were past the statute of limitation.

"Our family has no other comment on these matters that happened some 20 years ago," he said in a statement to the Times, "and would appreciate your respecting the privacy of our deceased parents, may God rest their souls."

The Times said documents it reviewed show that the future president was earning $ 200,000 a year in today's dollars when he was three years old. By the time Trump had graduated from college, the report says, he was getting the equivalent of $ 1 million a year from his father.

When he was campaigning, Trump repeatedly boasted of his ability to turn a small loan from his father into his fortune.

"My father gave me a very small loan in 1975," he said, "and I built it into a company that's worth many, many billions of dollars."