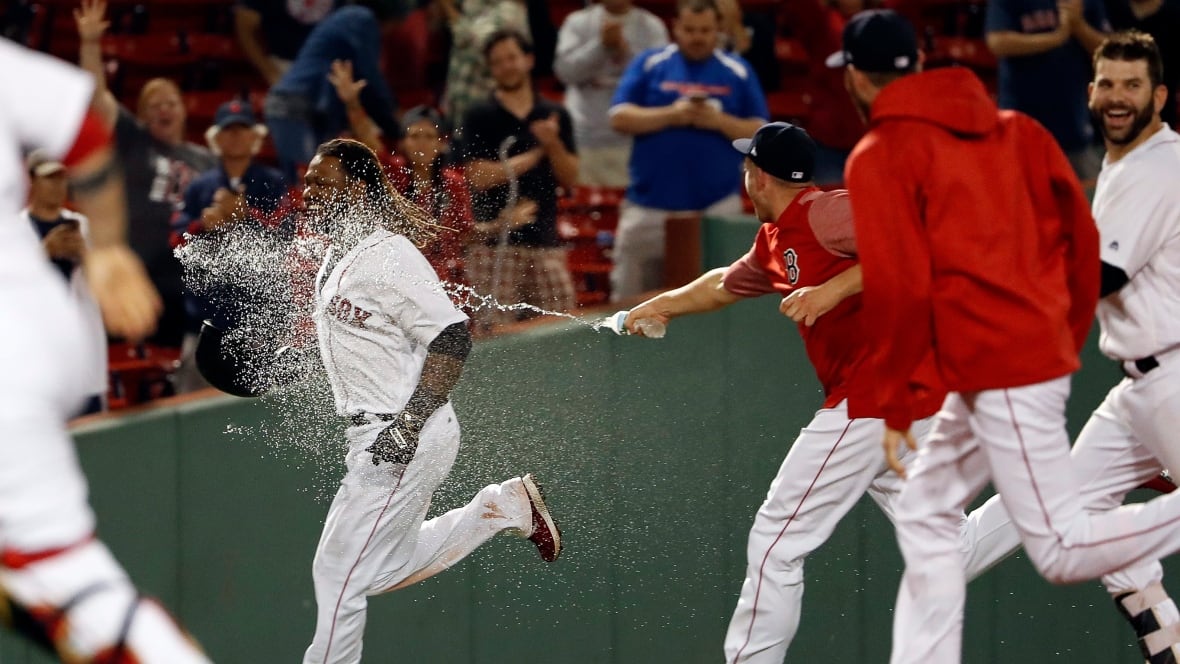 The Red Sox have won their own version of the Boston marathon, playing 19 innings and beating the Toronto Blue Jays 3-2.

The game at Fenway Park took six hours and ended after 1 a.m. Wednesday. About 700 fans were left in the ballpark when Hanley Ramirez hit a winning single.

It was the longest game in the majors since July 2016, when Cleveland beat Toronto 2-1 in 19 innings.

Toronto took a 2-0 lead into the bottom of the ninth inning. The AL East-leading Red Sox tied it on run-scoring groundouts by Ramirez and Mitch Moreland off closer Roberto Osuna.

It was Osuna’s 10th blown save of the season which leads the majors.