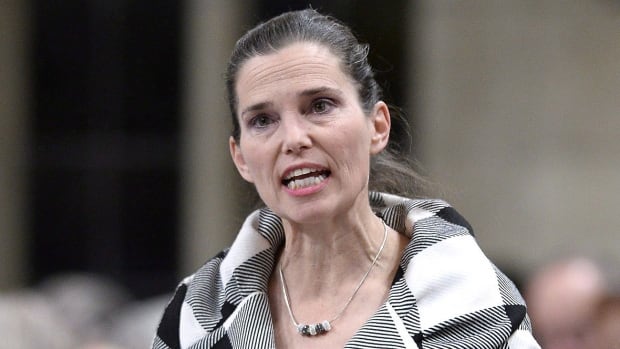 Federal Sport Minister Kirsty Duncan and the Canadian athletes organization AthletesCAN have called for change after an investigation by CBC News and Sports revealed at least 222 coaches involved in amateur sports in Canada over 20 years have been convicted of sex offences involving over 600 victims under 18.

The investigation "broke my heart," Duncan said. "No athletes should ever have to live through sexual abuse or harassment. This has helped shine a spotlight on the seriousness of abuse, discrimination and harassment in sports, and that in turn can drive change."

Noni Classen, the director of education at the Winnipeg-based Canadian Centre for Child Protection, has been asked by many clubs and sport organizations to advise on best practices for child safety. She told the CBC she is concerned by the "chaotic" hierarchy in sport, where "no one has authority over anything."

Classen said national sport organizations (NSOs) may have great policies on paper, but have little way of effectively communicating rules and codes of conduct about the way a coach should interact with a child.

Last June, Duncan announced NSOs would have their federal funding withdrawn unless they:

"It is incumbent on all national sports organizations to step forward and speak out," she said. "Canada's young people depend on us, and they deserve better."

AthletesCAN says it's time to "invest in safe sport." The association of Canada's national team athletes will continue its push for a "Pan-Canadian" strategy to fight back against abuse in sport and treat all victims with the same degree of respect and importance.

"We [as athletes] know firsthand that sport is a force for good in our country and across the globe," AthletesCAN executive director Ashley LaBrie told CBC Sports in an emailed statement. "We also understand a hidden culture of abuse exists to an alarming extent because we've experienced it — some of us directly and some indirectly."

LaBrie said AthletesCAN, the only fully independent and most inclusive athlete organization in the country, has called for and is working toward a unified strategy to address abuse in sport, including the development of a universal policy and code of conduct with standardized definitions and sanctions that span all levels of sport and jurisdictions.

"We need to implement best practices in training, education and support for all participants … as a sport community," she said.

In a statement released after CBC published its investigation, the Canadian Olympic and Paralympic Committees said they would be meeting later this week with Duncan and other leaders. They say they hope talks "will focus on better harmonized mechanisms and actions to address harassment" and abuse from the club level all the way to Team Canada.

Sport is supposed to be a safe place for all. Coaches are trusted not only with performance,but with peoples lives.(physical health &amp; mental well-being) It’s an innocent blind trust that when abused is unforgivable. needs to stop! Abuse/harassment of any kind can’t be tolerated <a href="https://t.co/lrfXJZoILa">https://t.co/lrfXJZoILa</a>

In December, Canadian Olympic wrestling champion Erica Wiebe told The Canadian Press she was lucky to have had "amazing coaches and amazing experiences" in her sport, but had also witnessed teammates struggle with safe sport issues.

'I know there are problems'

At the time, Canadian wrestlers sent an open letter to Duncan in hopes of establishing a third-party body to handle cases of harassment and abuse. The athletes were claiming a conflict of interest and inconsistency in the current system had created an environment of fear and mistrust.

“As a former [gymnast] and coach, I know there are problems across the system,” Duncan said Monday. “We must not condone a sport culture that promotes winning at all costs.”

LaBrie added sport requires an independent body to provide oversight and that the integrity of sport and safety of its participants depends on it.

"Until we can come together and recognize the harm being done in a fragmented system," said LaBrie, "predators will continue to permeate our fields, our rinks, our courts, our tracks, our pools, our gyms and our strong sport culture."