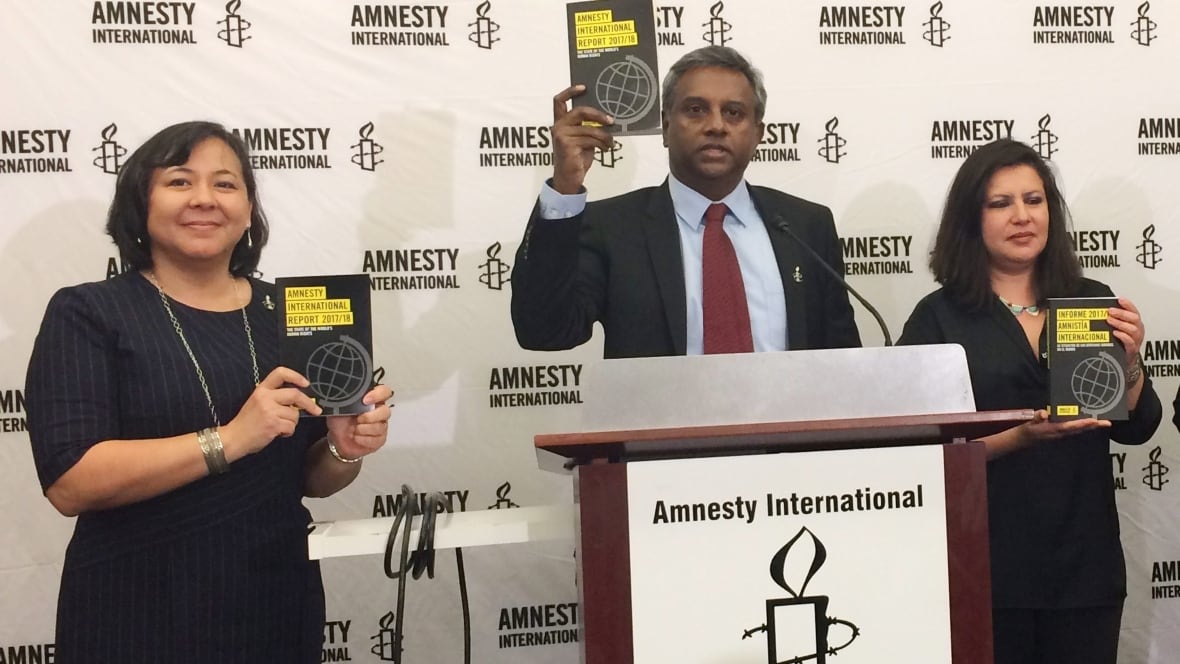 The crisis in Myanmar and reported massacres of Rohingya Muslims are the consequence of a society encouraged to hate and a lack of global leadership on human rights, Amnesty International said on Thursday.

The human rights group said in its annual report covering 159 countries that “hate-filled rhetoric” by leaders was normalizing discrimination against minorities.

“We saw the ultimate consequence of a society encouraged to hate, scapegoat and fear minorities laid bare in the horrific military campaign of ethnic cleansing against the Rohingya people in Myanmar,” said Salil Shetty, Secretary General of Amnesty.

Last week, the United States urged the UN Security Council to hold Myanmar’s military accountable for what it said was the ethnic cleansing of Rohingya Muslims.

Nearly 690,000 Rohingya have fled Rakhine and taken refuge in neighbouring Bangladesh since the Myanmar military launched a crackdown on insurgents at the end of August, according to the UN. More than 6,500 Rohingya are currently trapped on a strip of unclaimed land between Myanmar and Bangladesh.

Amnesty said the international community had failed to respond robustly to “crimes against humanity and war crimes from Myanmar to Iraq, South Sudan, Syria and Yemen.”

It said that leaders in countries such as the United States, Russia and China were not standing up for civil liberties and instead were “callously undermining the rights of millions.”

Free speech will be a key issue for those concerned about human rights this year, the report said.

Amnesty said its staff were arrested at an unprecedented rate in Turkey in 2017, which along with Egypt and China was also among the biggest jailors of journalists.

Two Reuters reporters in Myanmar were arrested while investigating the killing of Rohingya Muslims. Court proceedings are ongoing.

“In 2018, we cannot take for granted that we will be free to gather together in protest or to criticize our governments. In fact, speaking out is becoming more dangerous,” Shetty said.