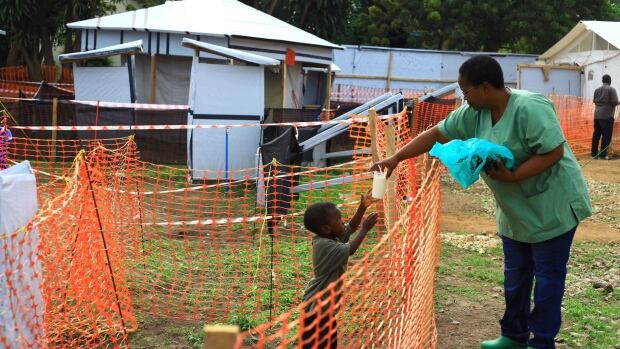 The second-deadliest Ebola outbreak in history is "certainly" expected to continue for another three or four months, Congo's health minister said Thursday.

In an interview with The Associated Press, Health Minister Oly Ilunga also sought to calm concerns days ahead of a presidential election in which millions of people will use touch-screen voting machines. The deadly Ebola virus is spread via infected bodily fluids, so some worry they may pick it up from the screens.

The minister said precautions have been taken. Several tons of hand sanitizer have been deployed for use in polling stations throughout the outbreak zone in eastern Congo, and voters are being encouraged to sanitize their hands before and after using the machines.

This Ebola outbreak is the most complex in history amid attacks by rebel groups, the health minister said. But in an upbeat development, he sees "clear, clear, clear improvement" in community response to Ebola containment efforts.

The response in wary places like Beni, where more than 1,000 people have been killed in rebel attacks in recent years, has at times been harsh, with some health workers attacked. This is the first time that eastern Congo has faced an Ebola outbreak, and responders have raced to combat rumours and misunderstandings.

There are still risks of confrontation every time the virus spreads into a new area, the health minister said. But "we can notice today that there is an acceptance, in general, an engagement in the community."

The minister said his biggest worries continue to be Ebola's possible spread to other major cities in eastern Congo, such as Goma near the Rwanda border, and across the heavily travelled border into Uganda, which already has begun giving frontline health workers an experimental Ebola vaccine.

Uganda is the focus of "intense collaboration" with health officials there, the minister said.

He said that every time a new case of Ebola is declared, health officials must allow about 60 days from that date, with no new occurrences, before the outbreak can be considered over.