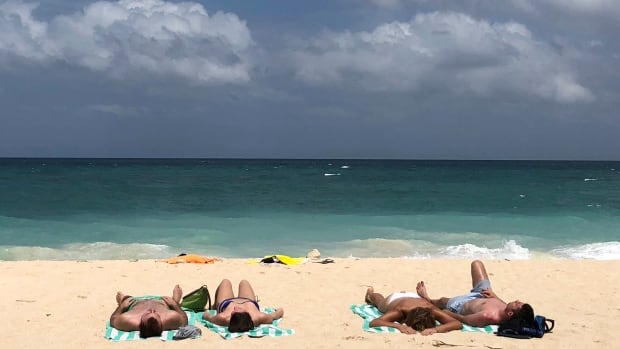 Philippine President Rodrigo Duterte has approved the closure of the tourist destination of Boracay for up to six months after saying the waters off its famed white-sand beaches had become a “cesspool” due to overcrowding and development.

Duterte approved the total shutdown of Boracay as a tourist destination starting April 26 in a cabinet meeting Wednesday night after extensive discussions of its impact, including ways to help about 17,000 workers who may be displaced, tourism undersecretary Frederick Alegre said Thursday.

“This is not about profit, it’s about the political will to deal with years of neglect of the environment,” Alegre said. “We need to act swiftly to save the island and avert its further deterioration.”

Last February, Duterte said Boracay’s water has turned into a “cesspool” with human waste being discharged into the sea.

More than two million tourists visited Boracay last year to enjoy its powdery beaches, spectacular sunsets and festive nightlife, generating about 56 billion pesos ($ 1.3 billion) in revenue. But the influx of tourists, neglected infrastructure and growth of resort establishments and poor settlements have threatened to turn Boracay into a “dead island” in less than a decade, according to a government study.

Hundreds of settlers have also illegally built homes and structures in forests and protected wetlands over the years, officials said.

Only about 47 per cent of the hundreds of establishments are connected to the island’s main sewerage treatment plant, with many of the rest possibly maintaining crude septic tanks and others discharging their waste directly into the sea, Alegre said.

Parts of the 1,000-hectare island in central Aklan province could re-open earlier than six months if sewage containment and treatment systems could be built earlier and beach resorts comply with environmental regulations, he said.

Philippine Airlines said it would reduce flights en route to airports serving as a gateway to the small island, about 315 kilometres south of Manila.

About 17,000 are employed in Boracay’s tourist establishments, and 10,000 to 12,000 others benefit from the bustling tourism business.

A similar decision was made in Thailand where Maya Bay, on Phi Phi Leh island in the Andaman Sea, will be closed for four months starting in June.

Many Thai marine parks close for part of the year but the release of the Leonardo DiCaprio movie, The Beach, in 2000 made picturesque Maya Bay so popular it stayed open year-round. It averages 200 boats and 4,000 visitors daily, but recent surveys found the area’s coral reefs and sea life damaged or gone.

Other Thai destinations ruined by mass tourism, Koh Yoong in the Phi Phi island chain and Koh Tachai in the Similan Islands National Park, have been off-limits to tourists permanently since mid-2016.