The first eight boys rescued from a Thai cave complex are in good health overall and some asked for chocolate bread for breakfast, officials said on Tuesday as rescuers began a third and more challenging final mission to free the remaining five.

"At this moment [there are] no worrisome conditions, everyone is safe," Jesada Chokdamrongsuk, Thailand's health ministry permanent secretary, told reporters.

Two of the boys had suspected lung infections but the four boys from the first group rescued were all walking around their beds.

"The kids are footballers, are strong and have high immunity," Jesada said when asked why they survived so long.

The boys had a good appetite but were mainly being given bland, easily digestible foods. However, doctors later relented after some of the boys asked for bread with chocolate topping.

They are still being quarantined from their parents because of the risk of infection and would likely be kept in hospital for a week to undergo tests, officials said.

Four more of the boys were carried on stretchers out of the labyrinthine Tham Luang cave on the Myanmar border at dusk on Monday, bringing to eight the number brought out so far after two rescue pushes on successive days.

The head of the operation, Narongsak Osottanakorn, said rescuers had learned from experience and were two hours faster in bringing the second batch of survivors out.

Scattered monsoon rains continued to risk percolating through the limestone cave walls to flood the tunnels with water.

A crack team of foreign divers and Thai Navy SEALS guided the boys during a nine-hour operation through nearly four km of sometimes submerged, pitch-dark channels from where they have been trapped for more than a fortnight. 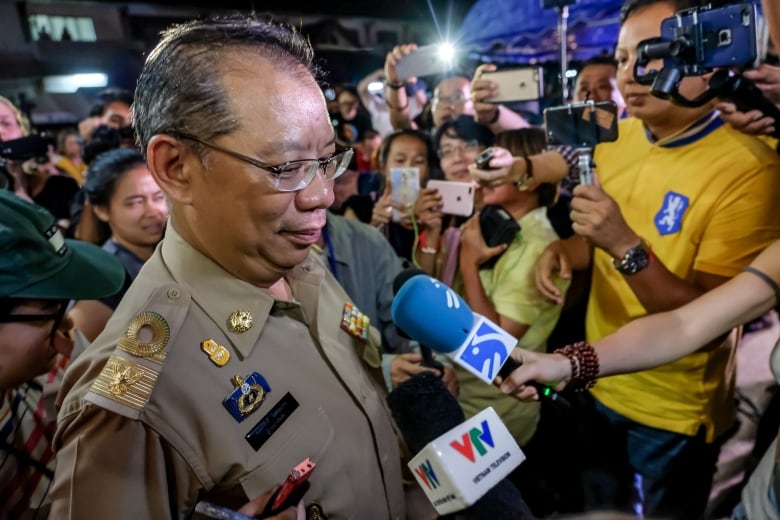 The head of the rescue operation, Narongsak Osottanakorn, said rescuers had learned from experience and were two hours faster in bringing the second batch of survivors out. (Linh Pham/Getty Images)

People across Thailand cheered the rescue operation, including at the Mae Sai Prasitsart school where six of the trapped boys are students.

"I am very happy about those who already made it out and I think everyone will be out today," said Waranchit Karnkaew, 14, who also said the football-mad boys had been closely following games at the World Cup in Russia before they were trapped.

"I want to take my friends to lunch and we will play football together," he told Reuters.

Several of the boys went to the same school in Mae Sai. Their classmates today say they are getting ready to welcome the boys back to class <a href="https://t.co/zchUtsFXsg">pic.twitter.com/zchUtsFXsg</a>

Soccer's governing body, FIFA, has invited the boys to the World Cup final in Moscow on Sunday. This seems less likely now given the need for the boys to undergo further tests.

The plight of the boys and their coach has drawn international attention since they became trapped when they went into the cave after soccer practice on June 23. Divers, engineers, medics and others have flown in from around the world to assist.

Technology billionaire Elon Musk went into the cave on Monday and left the rescue team with a "kid-sized" submarine his company SpaceX had built, Thailand's interior Minister Anupong Paochinda said.

Simulating maneuvering through a narrow passage <a href="https://t.co/2z01Ut3vxJ">pic.twitter.com/2z01Ut3vxJ</a>

Musk said on Twitter: "Just returned from Cave 3. Mini-sub is ready if needed. It is made of rocket parts & named Wild Boar after kids' soccer team. Leaving here in case it may be useful in the future."

Prime Minister Prayuth Chan-ocha visited the cave to inspect the operation and was quoted by Narongsak as saying he didn't want to see this kind of incident happen again on Thai soil. 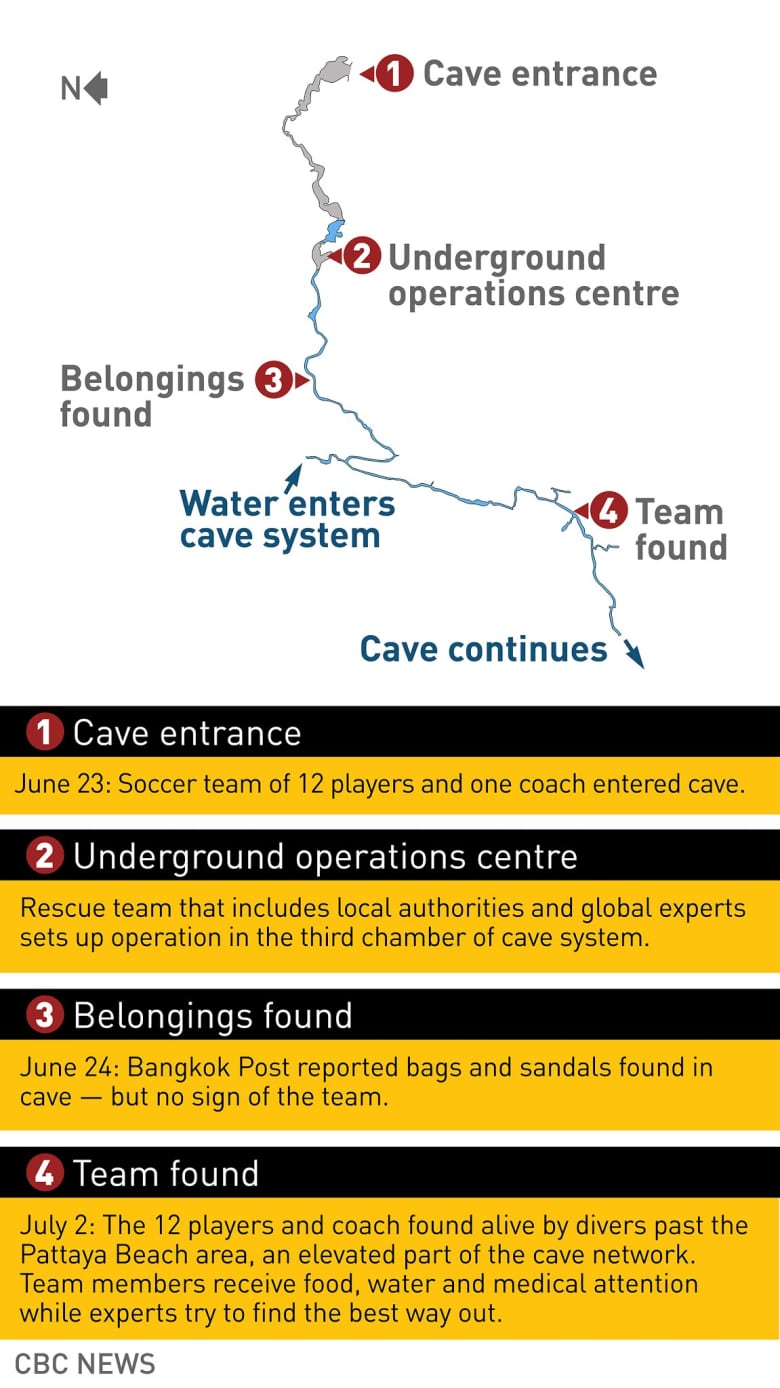