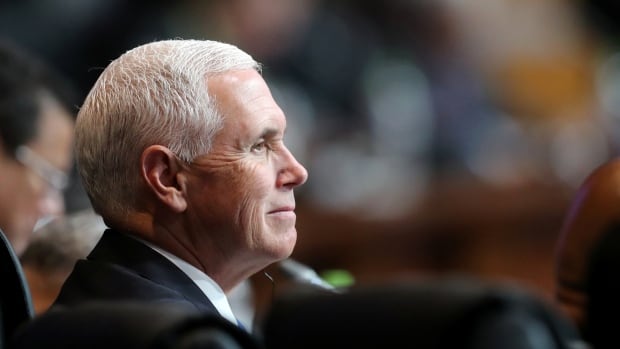 Vice-President Mike Pence say the United States did the morally right thing when it attacked Syrian chemical weapons facilities in retaliation for an attack on civilians.

Pence credited the strong leadership of President Donald Trump and U.S. allies for conducting what he said was a successful strike with no reported civilian casualties.

He told reporters at the Summit of the Americas in Lima, Peru, on Saturday that the operation “significantly eroded” and “degraded” Syrian chemical weapons capabilities and that the mission was “completely accomplished.”

He also stressed that the president made clear the U.S. is “prepared to sustain this effort.”

He says there will be a price to pay if Syrian chemical weapons are used again. Last weekend’s suspected chemical attack killed 40 civilians, including women and children.

The brother of the man identified as the gunman in what’s being called the deadliest mass shooting in recent U.S. history was at a complete loss early Monday to explain what might have precipitated the attack.

Stephen Paddock’s brother, Eric Paddock, who lives in Florida, told the Orlando Sentinel: “We are completely dumbfounded. We can’t understand what happened.”

Stephen Paddock, 64, unleashed bullets onto the Las Vegas street from a 32nd floor room at Mandalay Bay. Many of the victims were enjoying a concert performance by country music star Jason Aldean at the time of the shooting Sunday night.

By the time police had identified and approached the room, Paddock had killed himself. Authorities weren’t clear how long it was before police arrived at the room that he committed suicide.

Officials said in a Monday morning news conference that 58 have been pronounced dead, with 515 injured.

In an address to the nation, U.S. President Donald Trump called it “an act of pure evil.” 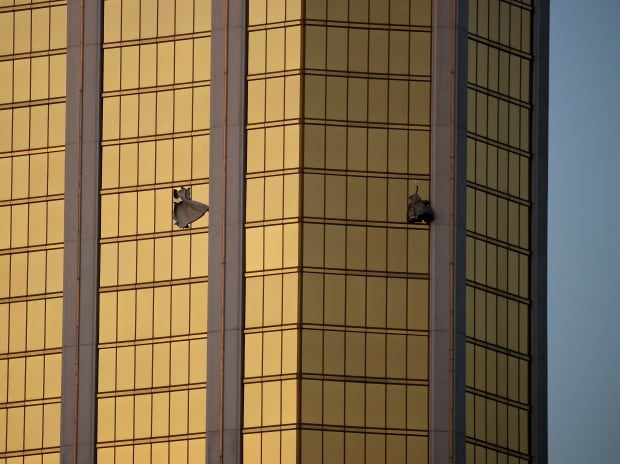 Drapes billow out of broken windows at the Mandalay Bay resort and casino Monday, on Oct. 2. Authorities said the gunman used a hammer like device to break them before shooting below. (John Locher/Associated Press)

Sheriff Joseph Lombardo said authorities believe it was a “lone wolf” attack. The U.S. Homeland Security Department said there was no “specific credible threat” involving other public venues in the U.S.

Lombardo said there was no evidence he was linked to a militant group despite the customary claim of responsbility by ISIS following attacks in the West.

“We have no idea what his belief system was,” Lombardo said.

Paddock did not have a criminal record, according to police.

Lombardo said police found “in excess of 10 rifles” in Paddock’s possession, and that all items from the Mandalay Bay room have been seized as part of the investigation. He broke the window in his room with a hammer-like device before shooting.

Paddock had checked into the hotel room on Thursday, authorities said, and police will examine surveillance video to try to get a handle on his movements in the days leading up to the mass shooting.

There was no indication anyone else helped Paddock transport the weapons into Las Vegas and his room, Lombardo said.

Eric Paddock said his brother owned guns, but to his knowledge had never drawn one in anger. He said Paddock was a Florida resident before moving to Nevada two years ago. 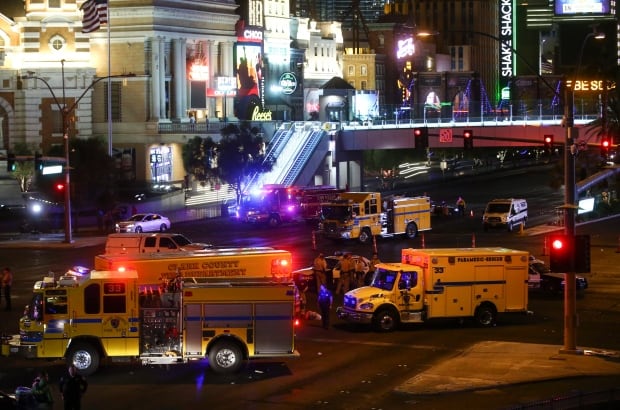 He lived there with a 62-year-old woman, police said. Authorities said they don’t believe she was involved and was out of the country at the time of the shooting but they wanted to speak to her when she returned.

Paddock bought the one-storey, three-bedroom home about 80 miles north of Las Vegas in 2015 for about $ 370,000 US, according to property records that list him as a single man.

The shooting is the latest in a number of unrelated acts of public violence that have stunned residents and visitors in the tourist mecca in the past few years: