Ryan Munce will never forget his 2002-03 rookie season in the Ontario Hockey League, standing tall in the Sarnia Sting net for 27 regular-season games as a backup to No. 1 goalie Robert Gherson.

He remembers, as a 17-year-old, posting a stellar 2.64 goals-against average, three shutouts and .916 save percentage. He also remembers enduring what he describes as acts of abuse, and witnessing those against his teammates, by older players of the junior team.

In an interview with CBC News on Tuesday, Munce spoke of being spanked and hit over the head with the paddle of his goalie stick in the Sting dressing room, while fellow rookies were strapped to a table and beaten with belts and other items.

"I had more suicidal thoughts than anything else," he told reporter Ioanna Roumeliotis for The National. "These are supposed to be your friends; they're kind of your family."

Munce's comments follow those of former Sting teammate Daniel Carcillo, who detailed his hazing experiences with the club in a 15-post narrative on Twitter last weekend in the wake of the recent assault and sexual assault allegations at St. Michael's College School in Toronto.

Flung around by the hair

Munce, now 33, said he witnessed some of the abuse perpetrated on Carcillo.

Munce recalled that Carcillo had long hair back then, and would share gum with his teammates before games. He said one time Carcillo was flung around by his hair in full hockey gear by a teammate who sought more gum and then stole his.

"There was a lot of incidents that were kind of next-level," said Munce.

Munce said he's glad Carcillo came forward — in stark contrast to their teenage years, when players in the "hockey community" were supposed to keep quiet.

The two-time Stanley Cup champion discusses the hazing incident he remembers most vividly, when he says one of his OHL coaches took part in whipping a teammate with a belt. 0:51
Earlier this week, Carcillo talked about being beaten with the sawed-off paddle of a goalie stick.

"The whole paddling thing kind of started with me," said Munce, who operates New Age Goaltending, a school for beginner to advanced goalies, in Burlington, Ont.

Munce said a Sting teammate approached his dressing stall and told the six-foot, 150-pound puck-stopper to bend over his knee. He spanked Munce "like a kid" and then beat him and other teammates with a sawed-off paddle. 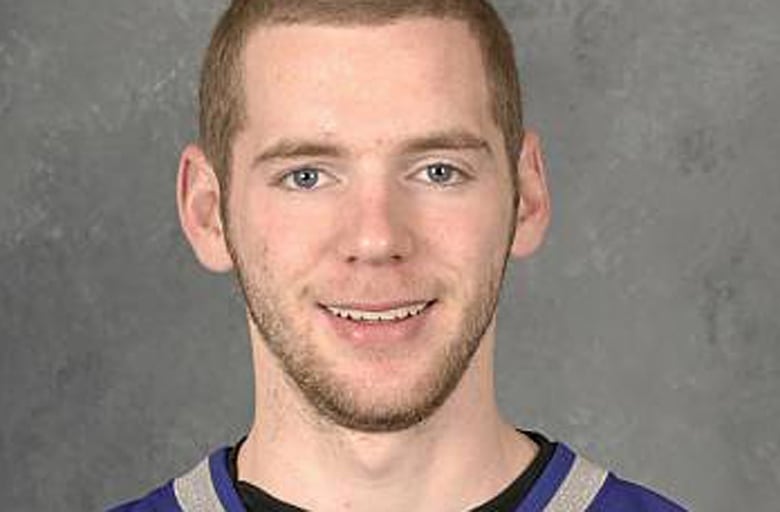 Munce was drafted to the NHL by the Los Angeles Kings in 2003 but never played a game. He toiled in minor pro hockey before retiring in 2012. (Noah Graham/Getty Images)

"If you flinched," he said, "they got to do it again. This was before and after games."

Munce added he was beaten with the same paddle at the rookie party because he wasn't drinking alcohol, and spent the remainder of the night hiding from the veteran players behind a couch.

Munce said he and Carcillo would often discuss the abuse at the latter's billet home, breaking down in front of each other, and later shared their experiences with teammates of Canada's under-18 squad.

Daniel Carcillo talks about some of the alleged abuse he experienced as a member of the Sarnia Sting. 1:29

"Constant abuse day in, day out," said Munce, who was drafted by the Los Angeles Kings in 2003 but never played a game in the NHL. He spent two more seasons in Sarnia before embarking on a six-year journey through the minor pro ranks that included 13 games in the American Hockey League ahead of retirement in 2012.

"It just ruined me emotionally," Amodeo told The National in an interview Wednesday. "They're calling you every name in the book. Just really degrading who you are. And there was no justification behind it. It was a power trip.

"And if you said something, you opened your mouth, if you complained — you're pretty much on the next bus ride home."

Pszenyczny said the alleged abuse was not addressed while he was with the organization.

"Looking back on it, there were things that were brought to light to certain people and it just never got handled. It just got swept under the rug," Pszenyczny told the Hockey Night in Canada podcast on Wednesday.

"There's a code where whatever happens in a room, stays in a room. But this went beyond the locker room. This was going on in the bus, it was going on at parties. It was just everywhere. It wasn't just a one-day thing. It was a daily thing."

Carcillo told The Canadian Press on Monday that Jeff Perry, Sarnia's head coach in 2002-03, was aware of the alleged treatment that he and other rookies were subjected to by their veteran teammates. Perry refuted that to Blackburn News in Sarnia on Tuesday. 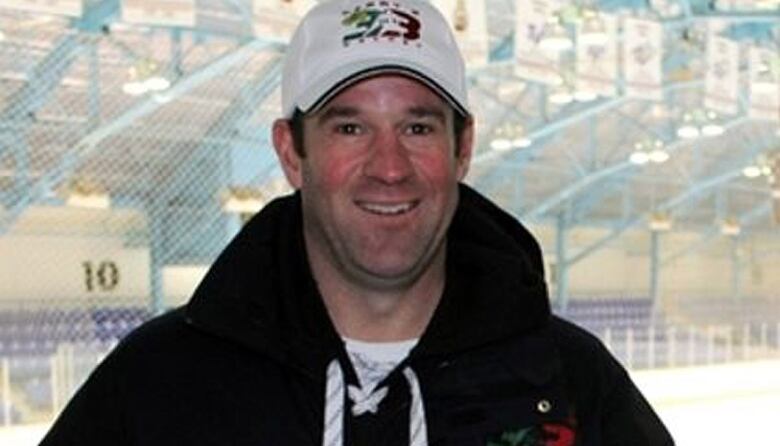 Former Sting head coach Jeff Perry says he was unaware of alleged abuse of rookie players by their older teammates during the 2002-03 OHL season. (The Sarnia Observer)

"There are certain areas of a dressing room that we don't monitor," said the 47-year-old Perry, who played in the OHL for Guelph and Owen Sound in the late 1980s.

"It's no different than riding the bus — I know people think you're on the bus, how could you not be aware of it? When you sit at the front of the bus, you've got movies on. Unless you've been in that situation, you [wouldn't] understand that they're easy things that you wouldn't be aware of if it wasn't brought to your attention."

A call to Perry by CBC Sports on Wednesday seeking further comment was not immediately returned.

In an emailed statement to Blackburn News, the OHL said it has adopted a zero-tolerance approach to hazing, and has been implementing policies to prevent hazing or bullying for several years.

Perry, whom the Sting fired in late 2003 amid controversy over the benching of star players including Carcillo, said the culture nowadays in the OHL has changed.

"It doesn't make it right [what allegedly happened in 2002-03] but I think we're just so much more educated on harassment and bullying in general," he said. "They've done a great job doing the right thing.

"I have a teenage kid that just went through junior hockey, and I'm thankful that he doesn't have to share these same stories, because he didn't go through those situations."