There are more women than ever before, and a new generation of Muslims, Latinos, Native Americans and African-Americans is creating a House more aligned with the population of the United States. However, the Republican side in the House is still made up mostly of white men, and in the Senate, Republicans have bolstered their ranks in the majority.

On Thursday, Nancy Pelosi, the first female speaker who reclaimed the post she lost to the GOP in 2011, broadly pledged to make Congress work for all Americans — addressing kitchen table issues at a time of deep economic churn — even as her party readies to challenge Trump with investigations and subpoena powers that threaten the White House agenda.

On Friday, House Democrats unveiled a comprehensive elections and ethics reform package that targets what they call a "culture of corruption in Washington" and aims to reduce the role of money in politics.

The bill, among the first to be considered as Democrats take control of the House after eight years, would make it easier for citizens to register and vote, would tighten election security and would require presidents to disclose their tax returns.

Dubbed the "For the People Act," the legislation marks an effort by Democrats to set a tone of good government as they take the majority following historic gains in the midterm elections.

Pelosi has been cautious about whether her new Democratic majority would ever impeach Trump, but at least two of her members are ready to move forward. California Rep. Brad Sherman and Texas Rep. Al Green introduced articles of impeachment against Trump on Thursday, the first day of the new Congress

Additionally, a video was posted Thursday that appeared to show Michigan Rep. Rashida Tlaib telling supporters that the Democrats are going to "impeach the motherf–ker."

Here is video of freshman Rep. Rashida Tlaib of Michigan who, when speaking about President Trump, told her supporters "we're gonna go in and impeach the motherf–ker." <a href="https://t.co/wO9AMKsBdN">pic.twitter.com/wO9AMKsBdN</a>

Tlaib, a Detroit-born Palestinian-American who was one of the first two Muslim women elected to Congress in November's midterms, stood by her statement in a pair of tweets posted on Friday.

This is not just about Donald Trump. This is about all of us. In the face of this constitutional crisis, we must rise.

Pelosi hasn't ruled out impeachment, but has called it a "divisive activity" that needs support from both parties. She and House Judiciary Committee Chairman Jerrold Nadler, a Democrat from New York, have said they want to wait for the outcome of special counsel Robert Mueller's investigation into Russia's meddling in the 2016 election and contacts with the Trump campaign.

Trump pushed back Friday against some Democrats' calls to unseat him, saying they're only seeking impeachment because they know they can't win the White House in 2020.

As I have stated many times, if the Democrats take over the House or Senate, there will be disruption to the Financial Markets. We won the Senate, they won the House. Things will settle down. They only want to impeach me because they know they can’t win in 2020, too much success!

How do you impeach a president who has won perhaps the greatest election of all time, done nothing wrong (no Collusion with Russia, it was the Dems that Colluded), had the most successful first two years of any president, and is the most popular Republican in party history 93%?

Amid signs of Republican unease over the prolonged partial government shutdown, congressional leaders planned to meet Friday with President Trump, after House Democrats muscled through legislation to fund the government but not his border wall.

The impasse over paying for Trump's proposed wall at the U.S.-Mexico border extended the shutdown into a 14th day, but some GOP senators up for re-election in 2020 voiced discomfort. Several are from states where voter views on Trump are mixed.

Sen. Cory Gardner of Colorado said Congress should pass bipartisan bills to fund government "while we continue to fight for more border security money." Republican Senator Susan Collins of Maine said she saw "no reason why the bills that are ready to go and on which we've achieved an agreement should be held hostage to this debate over border security."

Senate Majority Leader Mitch McConnell has said the measures are non-starters on his side of the Capitol without the president's support. 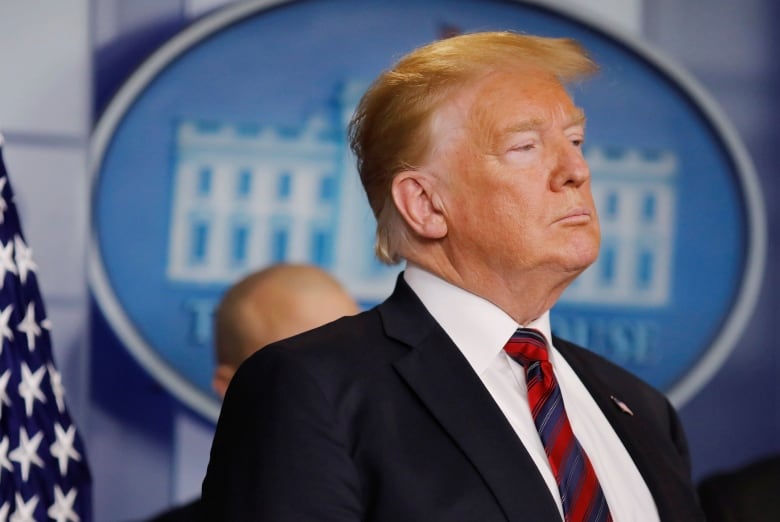 President Trump has been adamant that he won't sign a bill without funding for a U.S.-Mexico border wall. (Carlos Barria/Reuters)

Adding to the unease are economic jitters, as analysts warn of the risks of closures that are disrupting government operations across multiple departments and agencies at a time of uncertainties in the stock market and foreign trade.

Pelosi said Trump and Senate Republicans should "take yes for an answer" and pass the legislation — without money for the wall — that the Senate approved last month.

In their first votes of the new Congress, House Democrats approved bills Thursday night to re-open government at previously agreed-upon levels. Several Republicans crossed over to join them.

Friday's White House meeting with Trump includes eight leaders — the top two Democrats and Republicans of both chambers. A session earlier in the week produced finger pointing with no breakthroughs.

Republicans said the new round of talks might be more productive now that Pelosi is speaker. But Democrats said the problem isn't with them but with Trump, who once boasted of the shutdown, but must try to explain blocking the effort to re-open government with bills Republicans had previously approved.