Australia became the 26th nation to legalize same-sex marriage on Thursday, prompting cheers and singing from a packed Parliament public gallery in a country where some states ruled homosexual acts to be illegal until just 20 years ago.

Lawmakers, who had cast aside a conservative push to allow religious objectors to refuse service to same-sex couples, waved rainbow flags and embraced on the floor of the chamber, where earlier in the debate a politician had proposed to his same-sex partner.

Only a handful of the 150 MPs voted against the law.

“What a day. What a day for love, for equality, for respect,” said Prime Minister Malcolm Turnbull. “…It is time for more marriages.

The laws, which will also recognize same-sex marriages solemnized in foreign countries, take effect from Saturday. Because a month’s notice is required for the state to recognize a marriage, the first legal same-sex unions will be in January. 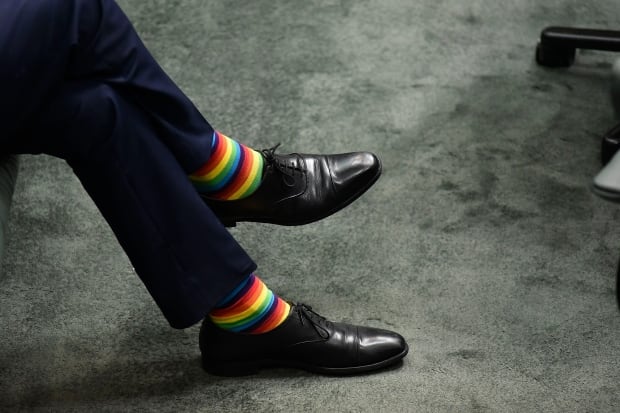 The bill cleared the upper house last month and had been expected to pass on Thursday after Turnbull’s Liberal-National coalition government and the main opposition Labor Party had previously said they wanted to pass it by Dec. 7.

But religious organisations and conservative lawmakers had voiced strong opposition and proposed dozens of amendments.

During parliamentary debate, they pressed for broad protections for religious objectors, among them florists and bankers, to refuse service to same-sex couples. 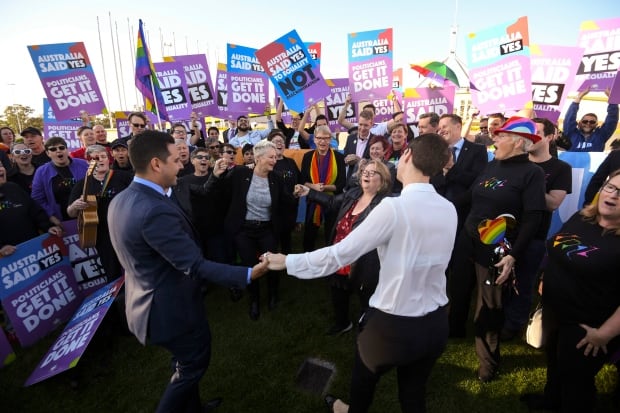 Same-sex marriage campaigners and volunteers cheer as they call on politicians to pass marriage equality legislation during rally outside Parliament House in Canberra. Gay marriage was endorsed by 62 percent of Australian voters who responded to a government-commissioned postal ballot by last month. (Lukas Coch/AAP Image via AP)

“These amendments, rather, are a shield for people and organizations that hold to a traditional view of marriage. They are not a sword to be wielded in the service of bigotry,” government MP Andrew Hastie said in Parliament.

Amendments to permit lay celebrants to decline to solemnize same-sex marriages and businesses opposed to the unions to refuse service at wedding receptions were all defeated, one after the other, during three days of debate.

Kim Kardashian West is keeping her 25 Days of Christmas celebration going with another adorable family photo. After kicking off the series of photos with a pic of her 1-year-old son, Saint, and following that up with a sweet photo of her 4-year-old daughter, North, Kim looked to her sister’s kids to be the next subjects of the series. Kourtney Kardashian’s 2-year-old son, Reign, posed shirtless with his long hair cascading over his face for Sunday’s festive photo. “DAY 3” Kim captioned the…