In the largest Druze village in Israel, the multi-coloured flag representing the Druze people flies proudly next to the Israeli Star of David, symbolizing a decades-old bond between the two groups.

But Israel's relationship with the small, Arabic-speaking minority has frayed since Israel's government passed a controversial law last month that the Druze say firmly establishes them as second-class citizens.

Israel's parliament passed a basic law in July, one of several that act as the country's quasi-constitution. It describes Israel as "the national home of the Jewish people" with the "exclusive right to national self-determination in it."

The legislation, which has become known as the "nation-state law," gives priority for Jewish Israelis to build communities while also cancelling official language status for Arabic, downgrading it to instead having "special status." 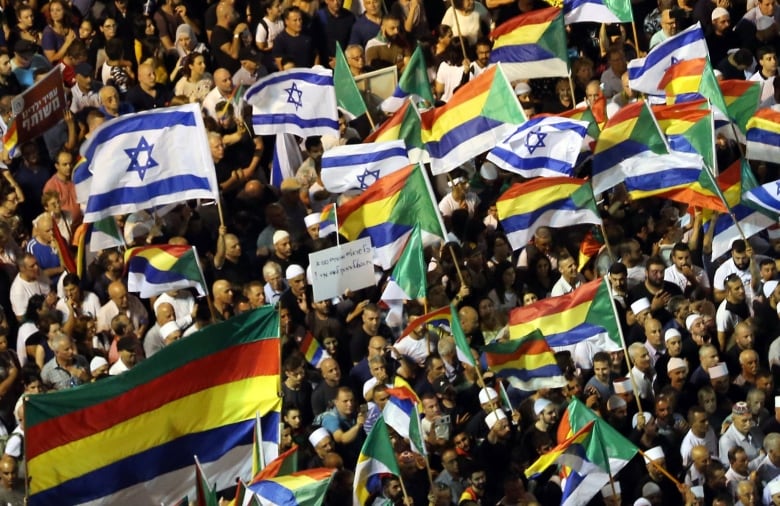 For Israeli Arabs, who make up about 20 per cent of the population of just under nine million, and the Druze, what's particularly upsetting about the new legislation is that it omits any mention of equality for all Israel's citizens, or even that Israel is a democracy.

Critics say that contradicts Israel's 1948 Declaration of Independence, which guarantees "complete equality of social and political rights to all its inhabitants irrespective of religion, race or sex."

Many right-wing Israeli lawmakers have for years seethed at what they see as an activist top court, the High Court for Justice, which they argue has thwarted the will of the country's elected representatives.

Amir Fuchs, who heads the Defending Democratic Values program at the Israel Democracy Institute, sees the nation-state law as a move to counter that.

"This was the purpose of the people who articulated the law," he told CBC News. "They are trying to override the verdicts of the Supreme Court that said that we have equality."

Israel's status as both a Jewish state and democracy has been hotly debated since the country was founded more than 70 years ago. Those tenets had not been enshrined in law, until now.

"This is a defining moment in the history of Zionism," Israel's Prime Minister Benjamin Netanyahu said after the bill was passed. "Israel is the nation-state of the Jewish people, a nation-state which respects individual rights of all of its citizens."

Minority groups in Israel have strongly denounced the law as racist and discriminatory. "I announce with shock and horror the death of democracy," said Ayman Odeh, the head of the Joint List, a political alliance of Arab parties in the Israeli parliament.

But from the Druze community, not only was there anger when the law passed, but a deep sense of betrayal as well. 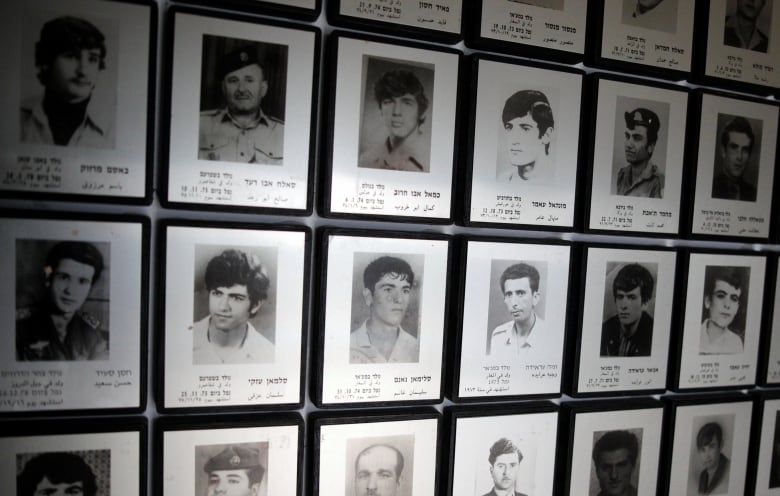 Portraits of fallen soldiers hang in the hall of remembrance at the memorial building in Daliyat el-Karmel. (Amir Cohen/Reuters)

The Druze, an Arabic-speaking religious sect that split from Islam about 1,000 years ago, number about 120,000. They are Israeli citizens who, like Israeli Jews, serve in the country's army. (Only about one per cent of Israeli Arabs take up army service.)

For the Druze community, however, the per capita stakes are high. The percentage of the Druze who enlist in the Israel Defence Forces is higher than the percentage of Jewish Israeli citizens who enrol. Over seven decades, as both groups have buried those killed during conflict, they've come to call each other "blood brothers."

"We serve in the army; [Druze] commanders are in the highest ranks in the army, we defend the borders," said Rafik Halabi, the mayor of the Daliyat el-Karmel, the largest Druze town in Israel.

Halabi said after the nation-state law was passed, he felt betrayed. "It's like: we and them. It's not we. I want it to be our country, not only their country."

Of the 11 clauses in the law, the one that has Halabi most concerned is the provision that prioritizes the construction of Jewish communities, which he worries could lead to discriminatory land-use polices.

The law "suggests that the lands of Israel will be Jewish lands," he told CBC News, adding that Druze land could be "confiscated in a minute." 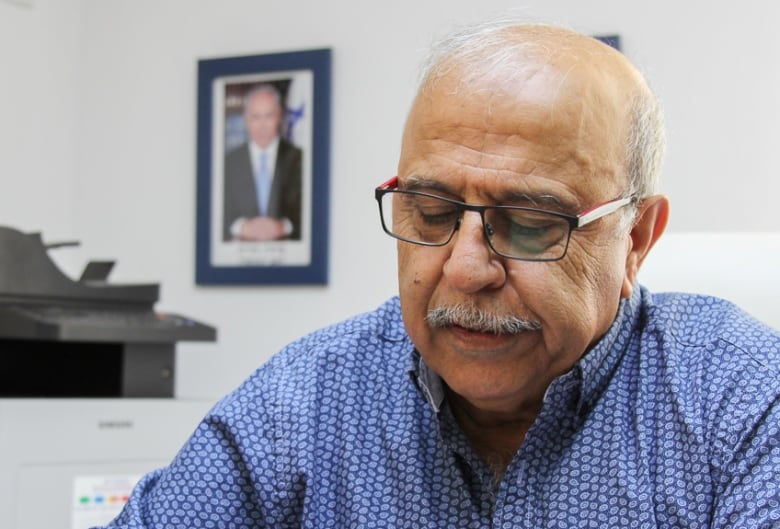 Despite his opposition to the 'nation-state law,' Daliyat el-Karmel mayor Rafik Halabi refuses to remove the portrait of Israeli Prime Minister Benjamin Netanyahu from his office. (Derek Stoffel/CBC)

Halabi and other Druze leaders have held several meetings with with Netanyahu, who has established a committee to deal with the concerns of the Druze community.

Still, the prime minister remains one of the law's biggest backers, insisting it "does not detract at all from the individual rights of anybody."

The Druze remain unconvinced, and have filed seven challenges to the nation-state law in front of Israel's High Court of Justice.

They're also planning to keep the pressure on the government, with a protest being planned for Jerusalem in the next few months. Earlier this month, tens of thousands of Israelis demonstrated packed the main square in Tel Aviv, demanding equality.

"We are here to send a clear message to the Israeli government: we will not settle down [until there is] nothing less than equal rights as Israeli citizens," said protestor Amjad Moraja.