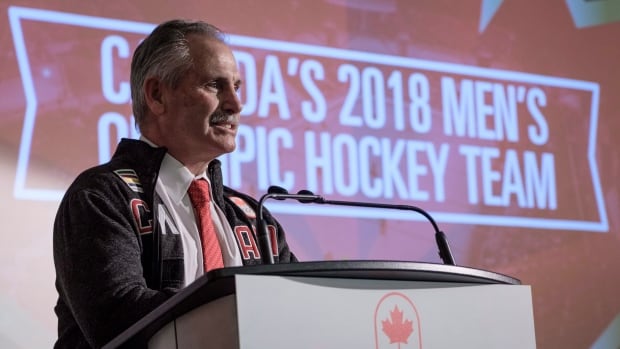 They met nearly four decades ago — two guys from small-town Saskatchewan who didn’t get off on the best foot but quickly forged a bond. Now they’re about to coach Team Canada together at the Olympics.

The year was 1980. Dave King, from North Battleford, was the newly appointed head coach for the University of Saskatchewan Huskies. Willie Desjardins, from a little town called Climax, was new to the team.

Desjardins wasn’t the type of player who liked to be first out on the ice. In fact, he despised warm-ups, and would often hit the ice about 10 minutes after practice started.

That changed when King became his coach.

“The second practice, Dave came and asked me why I wasn’t on the ice. I told him, ‘I didn’t like warm-ups,'” Desjardins recalls. “He looked at me and told me, ‘You’re going to start liking them right now.’

“I was never late again.”

King took over a lacklustre U of S program and quickly turned things around. After reaching, and losing, back-to-back national championship finals, he guided the Huskies to a third title game in 1983 — and they finally won it.

Desjardins, the captain of that championship team, says the lessons he learned from King helped him become the coach he is today. And, as Canada’s head coach for the 2018 Winter Olympics, he’s happy to have King on his staff as an assistant.

“To come back and work with Dave all these years later is the chance of a lifetime,” says Desjardins.

The moment isn’t lost on King either.

“It’s special for an old coach to be able to work with one of his players who has become a fine coach,” he says. “We learned the work ethic we’ve carried with us from the Huskies. We both believe in similar things.”

The 70-year-old King, who has been the head coach of Canada’s Olympic team three times and had NHL head-coaching stints with Calgary and Columbus, has been around the game long enough to know whether a player is capable of transitioning into coaching. He’s blunt about it — either they have it or they don’t.

He knew right away Desjardins was destined to be a coach.

“It dawned on me quickly he was a really smart player,” King says. “Willie was a cerebral player. When he would ask you questions there was a good reason for it. He had ideas. He wanted to understand why we were doing it this way or that way.”

The two speak glowingly of one another, with respect and admiration. Desjardins says he knew from the moment King started coaching him that this was someone who was going to win a lot of hockey games and teach him a lot about the game.

“I think what made him a great coach is he hated to lose. There are very few people that hate to lose like Dave. It drives him,” Desjardins says. “He demands so much. But he doesn’t demand more from his players than he does from himself.”

Desjardins recalls their trips to Calgary and Edmonton. At that time, the Huskies carried a big roster and, to make sure all the players could fly, King would get the other coaches in a vehicle and they would drive.

“He never asked us to do things he wouldn’t do,” Desjardins says.

It wasn’t long after his playing days at the U of S that Desjardins decided to take a stab at coaching. He got an assistant’s job at the University of Calgary and it wasn’t long after that, in 1989, that he became the head coach.

But Desjardins wanted international experience, so he turned to Japan — a place King had a lot of connections to from his coaching days there.

“I’ll never forget it. He called me one day and said, ‘I’m going to apply for some coaching jobs and can I use you on my ​resumé,'” King recalls. “I was not surprised. I was convinced this was the right guy for the job.”

Desjardins got the gig and he hasn’t looked back. He rose up the ranks from juniors, to NHL assistant, to minor-league head coach before landing the big job when he was named the Vancouver Canucks’ head coach in 2014. He was fired three years later but, after just a few months, was picked to lead Canada’s Olympic team in Pyeongchang.

Desjardins, who turns 61 during the Olympics, has nothing but thanks for King and his role in helping him get where he is today.

“He’s been great to me and my family,” Desjardins says. “He’s done so much for our game.”

At 70, King is still going strong behind the bench.(Melanie Duchene/Keystone via Associated Press)

Back in his U of S coaching days, King started using the phrase “nobody outworks the dogs.” He wanted his Huskies teams to be tenacious in all areas of the ice. So, naturally, when he and Desjardins were reunited on the Olympic team, they sought to instill that mindset in their players.

“When you coached against Dave, you had to respect his teams because of how committed they were and how hard they played,” Desjardins says.

The two used that aggressive style of play as a guide to select the Olympic team. They want to be fast and they want to outwork the rest of the world.

“We had a vision,” Kings says. “We want to be a team that pressures in every zone. So in our recruiting process we looked for skaters.”

Now, just days away from the Winter Games, both coaches feel they’ve assembled a team that has the potential to win gold for Canada. To them, the pressure is as great as ever, despite the absence of NHL players.

“I believe we have a good chance and we’ll find a way,” Desjardins says. “The one thing you can control is how hard you play. That’s what we can control and that’s what we’ll do.”