CHATHAM, Ont. — Laura Walker was happy to get "dolled up" for the 2019 Women of Curling calendar. After all, proceeds go to charity.

"I think you can't go wrong with that and it brings more exposure to curling again," she said.

The Toronto native will be raising funds from calendar sales for the Sandra Schmirler Foundation. But there's a little more to it for Walker.

"I think a woman should be able to express herself in whatever way she wants," she said.

Walker said she's been getting questions about making the decision to be in the calendar and is somewhat annoyed by it. She said there's a double standard when it comes to the way people view this project.

"Brett Gallant in his boxers is cool but Laura Walker in basically her bathing suit is… why is that so different?" she said. "I think a woman should be able to express herself in whatever way she wants and show her feminine side without getting a comment about it.

"I'm really fired up about this right now."

Walker said that with the climate around this issue the way it is, she felt she needed to make a statement by being in this calendar.

"I don't think the same question would be asked of men," Walker said. "So that says we need to keep doing things like this."

This past off-season, Walker (formerly Crocker) married Brad Gushue's lead, Geoff Walker. She said when people talk to her about curling one of the first things they usually say is that she's Geoff's wife — and that doesn't sit well with her.

"I think everyone knows I'm Geoff Walker's wife but I don't think it has to go in the same sentence as my curling accomplishments," Walker said emphatically.

"I would like my curling accomplishments to be first and foremost. I'm proud as hell to be Geoff's wife but I'm a separate person."

The project started nearly 15 years ago, back when it was titled the "Fire on Ice Fundraising Calendar" and featured European athletes. It was bold. Most of the curlers were naked. All of the funds from those calendars went directly to the athletes.

In 2010, the owner and publisher of The Curling News, George Karrys, took over the project and brought it to Canada. His rule was that there would be no nudity. The other big switch was that instead of the money going to the athletes, it would go to a charity selected by the curlers. 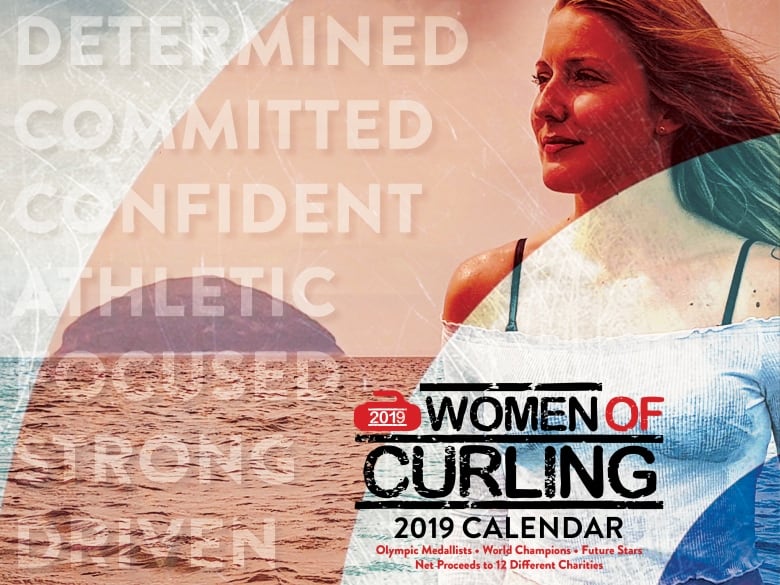 Scotland's Laura Gray is featured on the cover of the 2019 Women of Curling calendar. She's raising money for the Scottish Association for Mental Health. (The Curling News)

In 2011, women were highlighted in the calendar. Then, in the lead-up to the 2014 Olympics, a Men of Curling calendar hit the shelves. Iterations of the men's and women's calendars have traded off years over the last number of seasons.

The 2019 women's calendar has a heavy focus on international curlers from Switzerland, Scotland, Japan and the U.S. However, there are some Canadians who are taking part.

The process of deciding whether or not to appear in the calendar was a little different for Lethbridge, Alta., skip Casey Scheiddeger. She's a mother and a teacher.

"I'll admit I was kind of nervous about it and not fully comfortable about it. It's for charity though so it was hard to say no," Scheiddeger said. "I'm a teacher so I'm very covered and not sexualised at all. Being a teacher I really had to consider my students might see this. My employers might see this."

She'll be donating her money to the Alberta Children's Hospital Foundation. When Scheidegger went over the photo shoot with the organizers, she wanted to make sure her photo was "classy".

"I would describe it as Alberta strong. It definitely focuses on the province that I'm from," she said.

But much like Walker, Scheiddeger said there's a double standard when it comes to what people would expect from a women's calendar compared to a men's calendar.

"I think that it's tricky. The men get to be a little more funny whereas there's an expectation on the women to look really good and have that sexual aspect."

There's one more thing to all of this for Scheiddeger. She says she wants to show her two-and-a-half year old son that his mother is a strong woman in sport.

"The reason I continue to curl is that I want him to be old enough to remember that and be a good role model for him. I want him to see me pursuing my dreams because I had that as a kid with my mom. She was really involved in competitive sport when I was young."

Miss something this week? Here’s the consumer news you need to know from CBC’s Marketplace. Get this in your inbox every Friday. Sign up here. 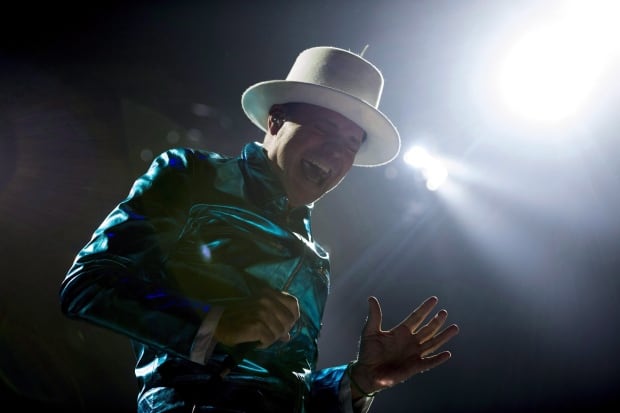 Fans were outraged last year after scalper bots effectively shut them out of getting tickets to The Tragically Hip’s farewell tour. (Jonathan Hayward/Canadian Press)

Last year, we investigated why many of you couldn’t get tickets to see your favourite bands, including highly coveted seats for The Tragically Hip’s farewell tour. Now, the government of Ontario is set to introduce new legislation to ban scalper bots. 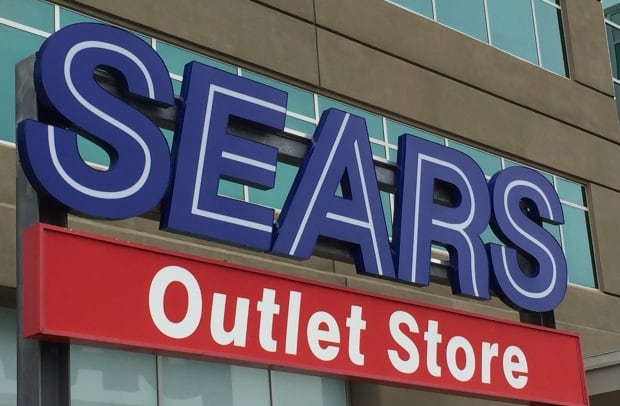 A $ 500,000 hardship fund created for former Sears Canada employees is facing a possible $ 200,000 shortfall, according to court documents. (CBC)

It’s because the executive who promised to donate to the money is hesitating, according to court documents. “I’m disgusted with that,” one senior operations store manager said. The retailer agreed to the $ 500,000 hardship fund to help cash-strapped employees.

Buying a grow-op by mistake 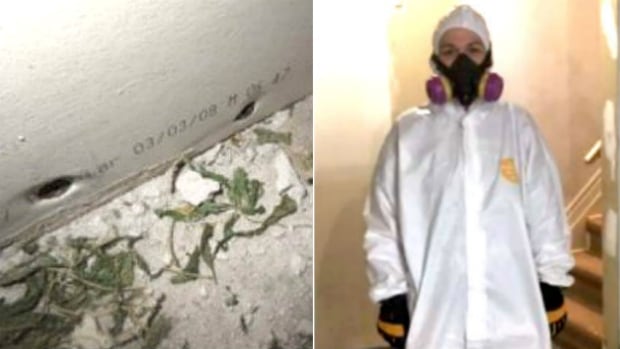 A woman thought she was buying a fixer-upper for a great price. She wasn’t told the house was a former marijuana grow-op targeted in a drug bust last year and cleanup costs could reach $ 100,000. Go Public learned it’s not easy to find out about a house’s drug history.

Why you shouldn’t tattoo your eye 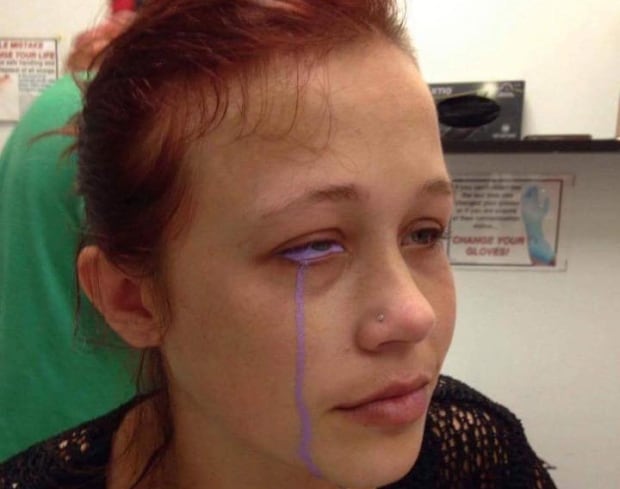 Scleral tattoos involve injecting diluted ink into the white of your eye and are illegal in Canada. This woman had the procedure done because she says she’s interested in body modification, but she ended up in the emergency room and could potentially lose her eye. The tattoo artist who did the procedure says it wasn’t his fault.

What else is going on?

Equifax hack update: The ex-CEO of the credit monitoring company attributed the breach to human error and technological error.

Another airline scuffle caught on video. A woman was forcibly removed from a Southwest Airlines flight in a struggle reminiscent of an April incident involving a United passenger.

Shopify described as a “get rich quick scheme.” A high-profile short seller said most of the businesses the company works with aren’t legitimate. The company’s stock has dropped since the accusation.

This week in recalls:

Heads up, parents:This stroller attachment and wiggle ball, along with these children’s plates and bowls and soother adapters, have all been recalled.

Also, these hair products are improperly labelled and don’t include appropriate warnings, while these boas were recalled because they didn’t meet flammability requirements.

Watch again this week: ‘Double ending’ in the crosshairs

New legislation in Ontario that’s taking on scalper bots will also include real estate rules to address double ending. That’s when a real estate agent represents both a buyer and a seller in a transaction. We investigated real estate agents last year to find out if your deal was rigged amid bidding wars cloaked in secrecy. You can watch it again online.