As 2018 winds down, B.C. is still in the grips of one of the most devastating public health crises in its history.

It's now been 31.5 months since a provincial state of emergency was declared in connection with an alarming rise in the number of overdose deaths, and the crisis shows no signs of slowing. More than 100 people continue to die in this province every month.

The ongoing catastrophe remains the biggest and most important health story in B.C., but this has been a year that saw numerous controversies, as well as signs of progress, in the fields of health and medicine.

Here are the top health stories of the year, as reported by CBC. 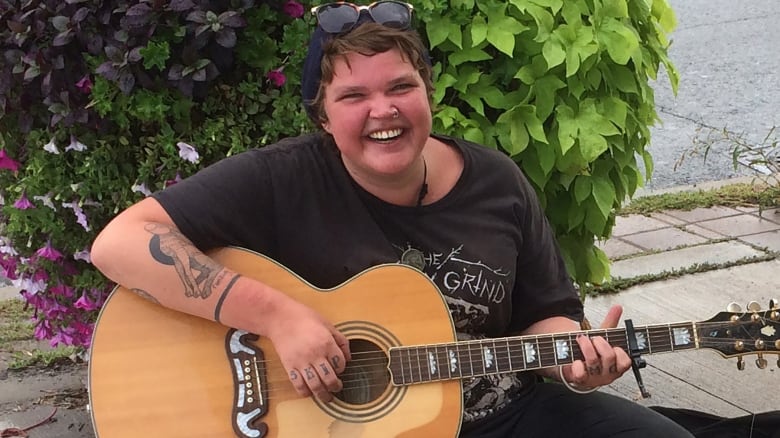 Overdose deaths have become a national tragedy, and no province has been hit harder than B.C. Between Jan.1 and Sept. 30, 1,143 people died in B.C. of illicit drug overdoses — far and away the most common cause of unnatural death.

As the crisis wears on, we're beginning to learn more about who the victims are, helping to wipe away stereotypes about drug users. We now know men are much more likely to overdose, and deaths usually happen when someone is using alone and at home.

Few families have been left untouched. In November, we learned that Agriculture Minister Lana Popham's 23-year-old stepson had died of an accidental overdose. Meanwhile, deadly fentanyl has been showing up in schools, and the children's advocate is calling for harm reduction efforts aimed specifically at youth. 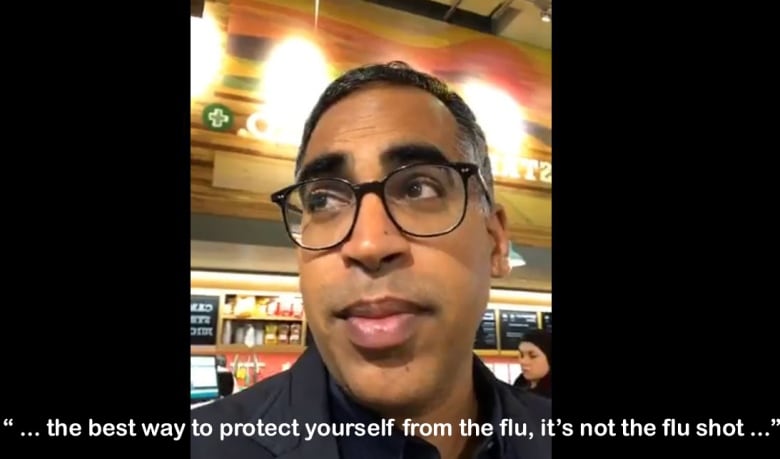 Vancouver chiropractor Avtar Jassal found himself in hot water for creating a Facebook video in which he falsely claimed smoothies are more effective than vaccination at preventing the flu. (Facebook)

It all began with a blog post from a Victoria naturopath who claimed she'd treated a four-year-old's behavioural problems using a homeopathic remedy made from rabid dog saliva.

That single story, first reported in April, opened the gates to a flood of concerns about misleading claims in the alternative health professions, as well as breaches of provincial policy.

First, the vice-chair of the College of Chiropractors of B.C. was forced to resign from the board after posting an anti-vaccination video on Facebook. Next, the College of Naturopathic Physicians instituted a ban on a homeopathic therapy that falsely promised "complete elimination of autism."

In response to these incidents, both colleges announced crackdowns on false and misleading advertising by practitioners. Just last month, the interim registrar of the chiropractors' college announced that he had filed complaints against 50 chiropractors who had refused to remove false claims about treating everything from autism to cancer. 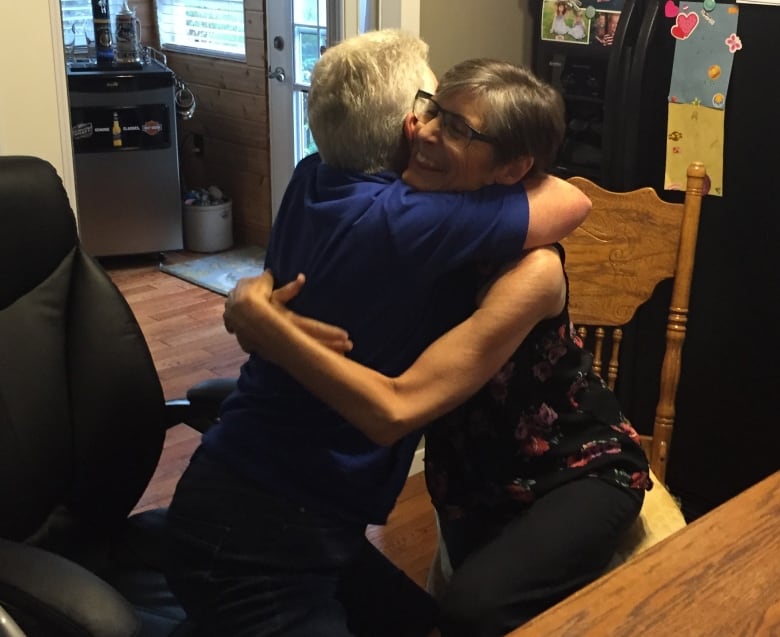 Storm Miller received an assisted death in her home in August 2016. This photo was taken on the morning of her death. (Dave Miller)

A year-and-a-half into legalization, CBC's Jean Paetkau delivered an in-depth series on how medical assistance in dying (MAiD) is working out in B.C., the province with the highest rate of assisted death in the country.

The series included touching interviews with people opting to end their lives with the help of a doctor, as well as the families facing the imminent loss of their loved ones.

It also explored some of the challenges for those seeking MAiD, including the search for independent witnesses and the opposition of faith-based medical institutions. Some predict lawsuits in the future for facilities that don't permit assisted death on their premises.

The ongoing saga of 'Dr. Lipjob'

Rajdeep Kaur Khakh used the Instagram handle "DrLipjob" and injected botox into people's faces inside their cars and homes or at specially organized parties. She called herself Dr. Rajji, and used a forged medical licence to buy products.

As it turns out, she wasn't a doctor at all, and in the spring, the B.C. College of Physicians and Surgeons obtained a court order against her.

But the college alleges the order didn't work and that Khakh continued appearing at private botox parties in Vancouver. The college is now calling for her to be sent to jail.

Man's death in Tim Hortons puts spotlight on health care for the homeless.

Cystic fibrosis patients fight for access to drug that costs $ 250,000 a year.

It was a dramatic denouncement midway through a private Botox party at the back of a Vancouver salon in July, in the fashionable Yaletown neighbourhood.

The woman allegedly injecting Botox was confronted by a salon manager brandishing a cellphone with a CBC News article on it about "Dr. Lipjob" — a fake doctor already subject to a court order brought by the College of Physicians and Surgeons of British Columbia.

"I showed her the article, said to her and everyone present that she was not a real doctor and demanded that she leave immediately before I called the police," said Justin Voitic in an affidavit filed as part of a new application by the College asking a judge to punish Rajdeep Kaur Khakh with prison time and fines.

"[She] appeared shaken up and quickly packed up her things… She thanked me, which I assume was for giving her the opportunity to leave," said Voitic.

The college alleges that Khakh, who used to go under the Instagram handle "Dr. Lipjob," continued to inject Botox and dermal fillers despite agreeing to stop under the terms of a consent order in March.

She had been ordered to stop pretending to be a doctor and performing injections. She also paid $ 25,000 in costs. Only physicians, dentists and nurses or licensed practical nurses under the direct supervision of a doctor are allowed to do such injections in B.C.

Khakh, who also called herself Dr. Rajji, and Dr. R.K., used a forged medical licence to buy products and convince spas she was legitimate, according to evidence that was presented to get the original court order.

A year ago, CBC News reported that the college had done an extensive undercover investigation of Khakh's activities and posted surveillance video that was part of the court filings seeking the injunction against her.

Only physicians, dentists and nurses or licensed practical nurses under the direct supervision of a doctor are allowed to do Botox injections in B.C. (Dillon Hodgin/CBC)

But the new College application says Khakh's "contemptuous conduct is financially motivated" and the affidavits say she charged between $ 300 and $ 420 per treatment, prices considered incredibly low.

She continued injecting people at parties, in their cars and homes and was seeking new markets for her business, according to allegations made by the College in court documents.

Voitic, the manager who also describes himself as a blogger and social media "influencer," says in his affidavit that he was contacted by Khakh in the spring of 2017 via Facebook.

She called herself Dr. R.K. and allegedly told him she wanted to develop a male client base.

Rajdeep Kaur Khakh prepares to inject half a syringe of lip filler when the subject backed out 0:30

She offered him free injections of dermal fillers if she could film the procedure and post the video to her Instagram account, telling him she was experienced and that she went to clients' homes to perform the procedures, he said. He agreed.

She first offered to do it in her car because she was in a rush, but he says he asked her to come inside his apartment where she injected his lips with a substance.

"It was very painful. I felt that my lips looked swollen and awful the next day," but after a week "the swelling subsided and my lips began to look more normal," he said in his affidavit.

He then saw a CBC News article about "Dr. Lipjob" and recognized the woman as the one who had injected him.

The College has another affidavit from a friend of his, family physician Dr. Amelia Denby who was also allegedly injected by Khakh.

Denby had been at a private Botox party at a salon in Chilliwack, B.C., in the fall of 2017. She says in her affidavit that she believed the woman who referred to herself as Dr. Lipjob was a doctor and a registrant of the College.

Denby says she even asked how a doctor goes about getting Botox training but says she demurred and did not really answer.

A month later, the salon called to apologize, saying the woman who injected her with Botox was not a doctor.

On July 3, according to their affidavits, Denby and Voitic arrived at the salon to find Khakh injecting people at the private Botox party, which had been organized by a hair stylist, Aleksandra Mikolajczyk.

Voitic shot three short videos of the scene that are part of the College application.

In her affidavit, Mikolajczyk said that she and two friends had already been injected with Botox and the dermal filler Juvederm by Khakh, at her home in November 2017.

That was after Khakh had been warned to stop pretending to be a physician several times by the College but before she signed the consent order.

The College alleges Khakh never intended to obey the order. In court documents filed on Nov. 7, the College alleges that Khakh did not tell the stylist that she was "prohibited by law… from administering injections of dermal fillers."

The new allegations have not been proven in court.

If you have a story or a tip please email us at investigate@cbc.ca