With British Prime Minister Theresa May already back home, European Union leaders stood united Friday in saluting the outcome of the first phase of Brexit negotiations, but warned London it will be “dramatically difficult” to get a full departure deal by the March 2019 deadline.

In a stunning nine months, Britain’s early braggadocio that it could “have our cake and eat it” while the EU could “go whistle” for a big British exit payment made way for Friday’s show of victorious EU determination, as the 27 other EU leaders acknowledged “sufficient progress” had been made to start discussing a trade deal and future relations with the U.K.

A payment of some 50 billion euros was as good as assured, full respect for the rights of EU citizens in Britain was well on its way and there was a commitment that the border between the EU’s Ireland and the U.K.’s Northern Ireland would remain transparent. 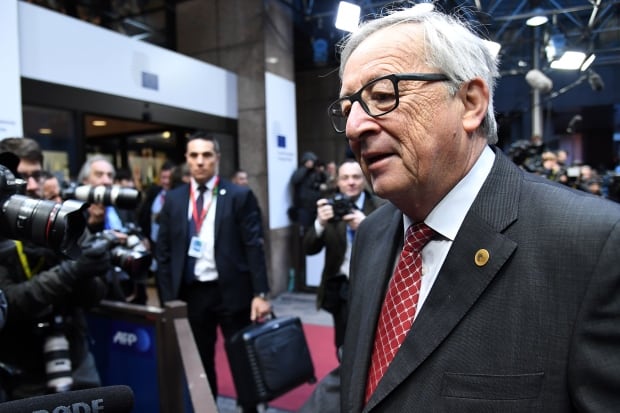 Somehow the all-so-often fractious EU had stood united, while Britain’s Conservative government bickered, fought and lost a parliamentary majority before May was summoned to Brussels last week before dawn to shake hands on an outline deal that had many pro-Brexit Britons grumbling.

“No doubt you remember that last Friday, Theresa May and myself saw each other at 7 o’clock in the morning, 6 o’clock in London. That was the sanction I imposed,” EU Commission President Jean-Claude Juncker said with a hint of irony.

Back in her U.K. constituency, May welcomed the EU announcement, saying “the U.K. and the EU have shown what can be achieved by commitment and perseverance on both sides.”

With so little time left before Brexit is to take place, negotiators face a tight deadline to carve out a wide-ranging separation deal.

EU Council President Donald Tusk said a deal by March 2019 is “still realistic and of course dramatically difficult. For sure, the second phase will be more demanding, more challenging than the first phase.”

8 months to iron out trade issues

Juncker said he expected “real negotiations” on trade to start in March, giving negotiators little over eight months to wrap up the deal, since the EU legislature and the EU member states will need to get the necessary approvals in time for the scheduled Brexit day on March 29, 2019.

To give Britain more time, a transition phase of about two years is expected to be an early point of discussion. 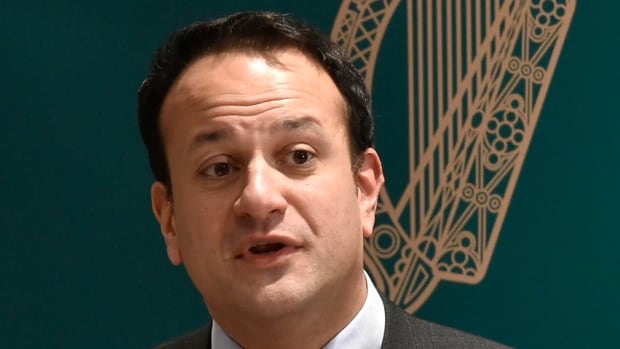 Since March, the EU side has been marked by a high degree of cohesion, which has contrasted with the sometimes chaotic nature of the approach by May’s Conservative government.

“We got enormous support and solidarity from all of the other European countries,” said Irish Prime Minister Leo Varadkar. “The reason why the European Union got a good outcome in the talks so far is because of European unity and we now need to maintain that.”

The coming talks could well test that cohesion in the EU, not least because of the divergent trading relationships the 27 remaining EU countries have with Britain.

May received a round of applause from EU leaders Thursday night after giving her assessment of progress in the talks.

Juncker said Friday that “some of us thought, including me, that she did make big efforts and this has to be recognized.”

May’s first priority in the next phase of talks is to establish a transition period, likely involving Britain remaining part of the single market and the customs union and probably lasting about two years.

A transition period would ease Britain out of the EU and provide some certainty to business. Many British firms, particularly in the finance sector, have warned that they might have to soon put contingency plans into place that could involve them relocating business divisions and staff to EU nations.

During any transition, the EU is demanding that London give up its seat at the leaders’ table, lose all its lawmakers in the European Parliament and remove its judges from Europe’s courts. However, it would still have to obey EU laws and respect the primacy of the European Court of Justice.

That is a far cry from the demands that drove the British last year to vote to leave the bloc, upset with the encroachment of EU rules on their way of life and the EU workers who they felt were taking their jobs. It’s even further from the earlier claim of Foreign Secretary Boris Johnson that “our [Brexit] policy is having our cake and eating it.”