​Assailants tried to attack Venezuelan President Nicolas Maduro with drone-like devices armed with explosives that detonated just as the socialist leader was delivering a speech to hundreds of soldiers, the government said Saturday.

Information Minister Jorge Rodriguez said Maduro was safe and unharmed but that seven people were injured in the apparent attack.

"At exactly 5:41 p.m. in the afternoon several explosions were heard," Rodriguez said in a live address to the nation minutes after the explosions. "The investigation clearly reveals they came from drone-like devices that carried explosives."

"We are going to bet for the good of our country," Maduro declared triumphantly. "The hour of the economy recovery has come." 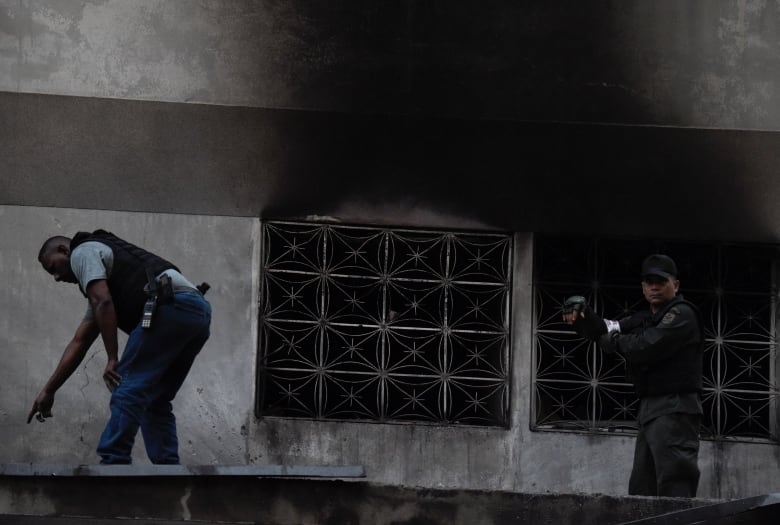 Security forces check a building after an explosion was heard near where Maduro was making a speech. An official says Maduro and his wife are safe and unharmed, but seven people were injured. (Juan Barreto/AFP/Getty Images)

Seconds later Maduro and his wife, Cilia Flores, looked up to the sky and winced after apparently hearing an unidentified sound.

The cameras then turned to a wide shot of military officers standing at attention in neat lines as they broke rank and began running.

The transmission was then cut off.

Several firefighters at the scene are disputing the government's version of events. 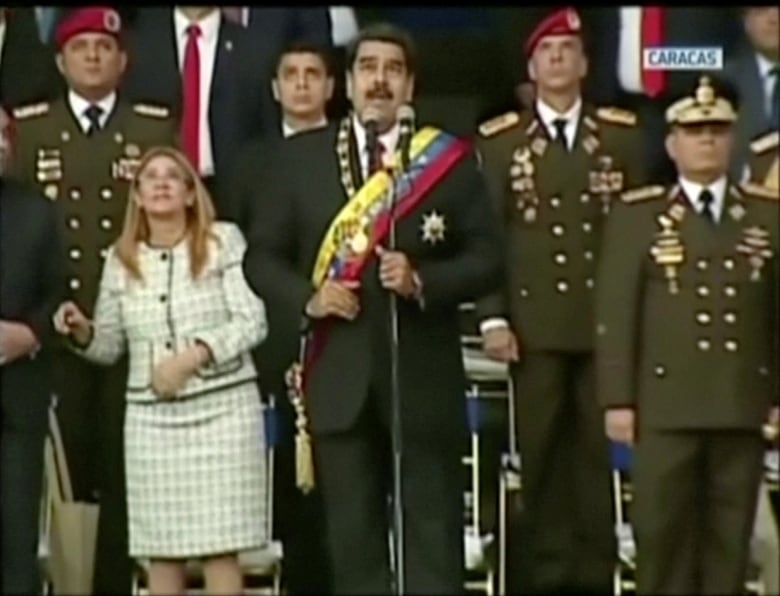 Maduro and his wife Cilia Flores, left, look up to the sky and wince after apparently hearing an unidentified sound. (Venezuelan government TV via Reuters TV)