As the hundreds of young Californians frolic on a Santa Monica beach, the last thing on their minds is North Korea, and those so-called “unexpected gift packages” the regime threatened to send across the Pacific. But many of their parents are getting that feeling again — the one they had growing up during the Cold War: that at any moment, in a flash and a cloud, everything could end. 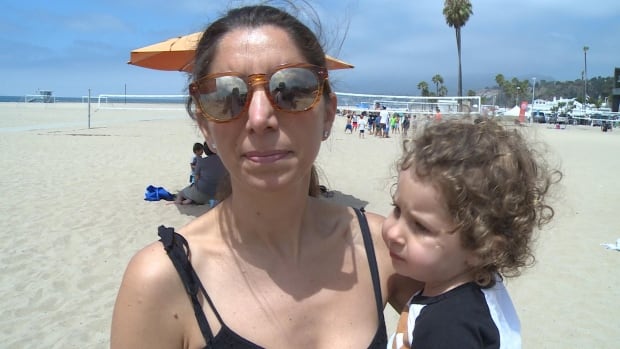 “They say that they now have missiles that can reach Los Angeles,” says Diane Gutentag, an L.A.-based fashion executive. “We obviously live in a city that would be targeted. It’s terrifying.”

“I do think about it and I’m really scared,” agrees Nilou Settimio. “I mean I think what we need to start thinking about investing in is building bunkers. That’s how seriously I take it.”

On Tuesday the rhetoric became more inflamed with an exchange of threats between U.S. President Donald Trump and North Korean leader Kim Jong-un, with Trump promising “they will be met with fire and fury like the world has never seen” and Kim replying that he has a plan for “enveloping fire” around Guam.

None of it would be taken so seriously if military experts had not predicted that North Korea’s ICBMs have a range of more 10,000 kilometres, enough to reach well into the U.S.

The Cold War-era civil defence drills like “Duck and cover” may be antiquated, but with the real possibility that North Korean missiles could reach California, officials near potential targets like Los Angeles are dusting off those old nuclear contingency manuals and updating them. 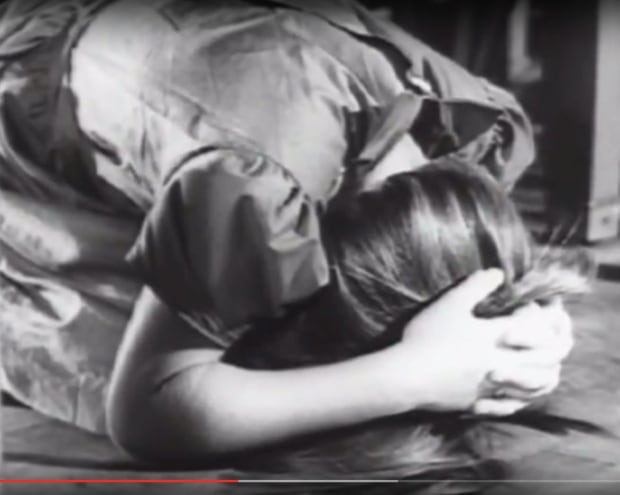 The old nuclear defence drills held in schools in the 1960s instructed children to ‘duck and cover’ their heads. New instructions might be ‘Get inside, stay inside, stay tuned.’ (YouTube)

Think of the traffic jam

“There would be fallout that could come our way,” Levin says. “There could be a huge amount of traffic that came our way and I’m talking between one and two million cars on a highway system that doesn’t normally support more than 250,000 cars in a day.”

Part of the plan is a new awareness campaign to teach people how to survive a nuclear strike.

“Duck and cover is an outdated concept,” he says. So he’s replacing the old mantra with a new one. In the intentionally campy online video, a young man startled by a mushroom cloud over the horizon, picks up a guitar and starts singing about the new catchphrase: “Get inside, stay inside, stay tuned.”

“If you get inside into the centre of the largest structure you can, you’re away from any radiation from fallout,” Levin explains. “If you stay inside, listen to the news. For instance if the fallout’s heading the other direction or it’s a false alarm you can go out, that’s well and good. But you might hear the fallout’s coming your way, stay inside, don’t move. So ‘Get inside, stay inside, stay tuned.'” 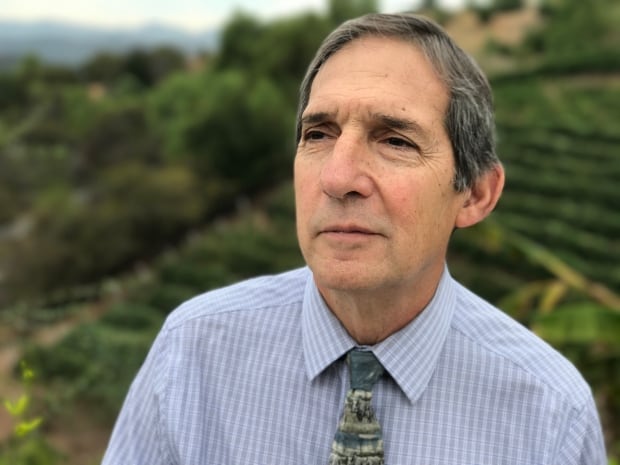 “For things like radiation you can’t see it, taste it, smell it, all you really do is sense it,” Lamensdorf says. “So the sensor readings are going to be really important to determine where a perimeter or boundary is and what’s considered a safe or not safe condition.”

Inside an L.A. County fire truck, he demonstrates how a radiameter wirelessly shares its data, which can be monitored in real time by experts as far away as the White House.

“So that’s creating a live picture of what actually is taking place in the field,” Lamensdorf says. “Something can happen in Los Angeles and we can get an expert online in D.C. immediately.”

He says each hazmat team in Los Angeles and in most of the neighbouring counties is equipped with the system, which has now been replicated in other major centres across the country.

But some nuclear proliferation experts say Americans have more important threats to worry about than North Korea. 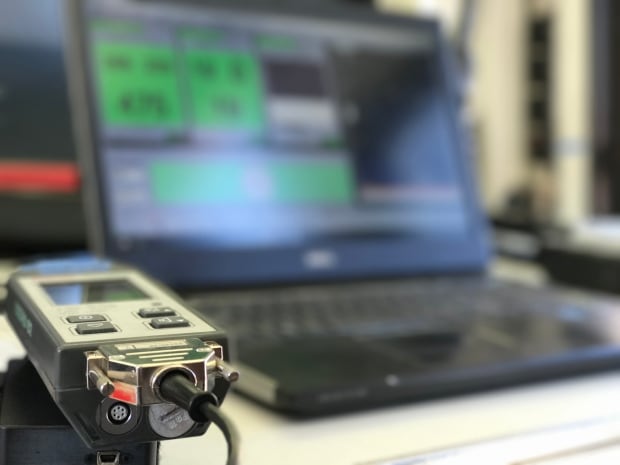 This L.A. County Fire radiameter connects wirelessly to software that instantly shares important data with any agencies plugged into the system. (Kim Brunhuber/CBC)

“I don’t believe that the North Koreans have the capacity to hit the United States with a nuclear explosion,” says Jacques Hymans, a professor of international relations at the University of Southern California.

“The United States built the Hiroshima bomb in three years using technology of the 1940s. And here we are in 2017 and the North Koreans are still not able to get a bomb with a yield that is equivalent to the Hiroshima bomb that was dropped in 1945,” Hymans says. “Overall the North Korean threat really pales in comparison to other nuclear threats that we’re facing around the world.”

So resurrecting the idea of civil defence drills, he believes, would just stress people out for no reason.

“It’s pretty hard to prepare for a nuclear attack,” he says. “And so it might actually be better for people’s psychological health just to go about their daily business, go to In-N-Out Burger or whatever and hope that the diplomacy works itself out.”

His message: Don’t build that bunker just yet. All the energy used preparing for a nuclear strike would be better spent trying to prevent it from happening in the first place.