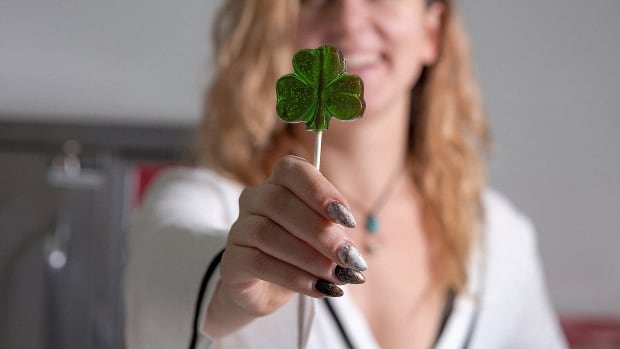 From cannabis candy to dried meat with marijuana, the federal government has set out proposed new rules on how pot products can be sipped or munched.

The proposed regulations released today on the production and sale of "edibles" also cover extracts and products that can be topically applied to skin, hair and nails. They aim to protect public health with packaging that doesn't appeal to youth and limits the risk of over-consumption.

The rules propose limiting the amount of THC — the key psychoactive component in cannabis — in individual packages or servings. CBD —​ cannabidiol — is the other primary cannabis compound; it's believed to have therapeutic pain-relief effects and does not cause users to feel 'high'.

Health Canada launched a two-month public consultation period on the rules for cannabis-infused food and drinks today and will hold roundtable discussions across the country.

The Liberal government said the regulatory framework aims to promote public safety and keep profits away from criminals and organized crime.

"These proposed regulations under the Cannabis Act support our overarching goal of keeping cannabis out of the hands of youth and protecting public health and safety. We look forward to hearing the views of Canadians from across the country," said Health Minister Ginette Petitpas Taylor in a news release.

Edible products will have the plain packaging and labelling requirements that are in place for cannabis products now on the market — including the standard cannabis symbol, a health warning, a listing of THC and CBD content and child-proof packaging.

Edibles are expected to be on the legal market by October 17, 2019, and it could be a lucrative business.

The regulations point to a recent report on U.S. sales, noting an average of 43 per cent of the total cannabis market in Colorado, California, and Oregon between January and July of 2018 consisted of cannabis products other than dried cannabis.

"Assuming the trend is consistent in Canada, the new classes of cannabis will likely represent over time a significant portion of the total market," the regulations read.

Under the proposed regulations:

"I think we're looking at a very big market opportunity in Canada," he said in an interview. "Infused products, when you add in all the various components here that Health Canada has given guidance on, you're talking ultimately about a market category that's probably about 40 to 50 per cent of the total market."

Smith said that while he would prefer to have more freedom to market his company's brand on packaging, he predicted the rules will loosen up over time, keeping safeguards in place while allowing more "brand awareness."