Judy Motley needs some sleep. For now, she'll settle for a free meal.

The 64-year-old clerk at the Environmental Protection Agency was among 7,200 people who lined up on Monday for a steak sandwich and a complimentary bag of groceries for federal employees in Washington after the record-long partial U.S. government shutdown.

Despite a short-term deal that reopened the government for three weeks, until Feb. 15, Motley still worries. After being on furlough for 35 days, she's back to work.

But she says she's often up late fretting about her finances, as how long this all lasts remains up in the air.

"I had too many sleepless nights, wondering what can I pay for? And what can I hold off on?"

The gears of U.S. government creaked into motion again on Monday after congressional leaders and President Donald Trump agreed to reopen the government, without honouring Trump's demand for $ 5.7 billion to build a southern border wall. 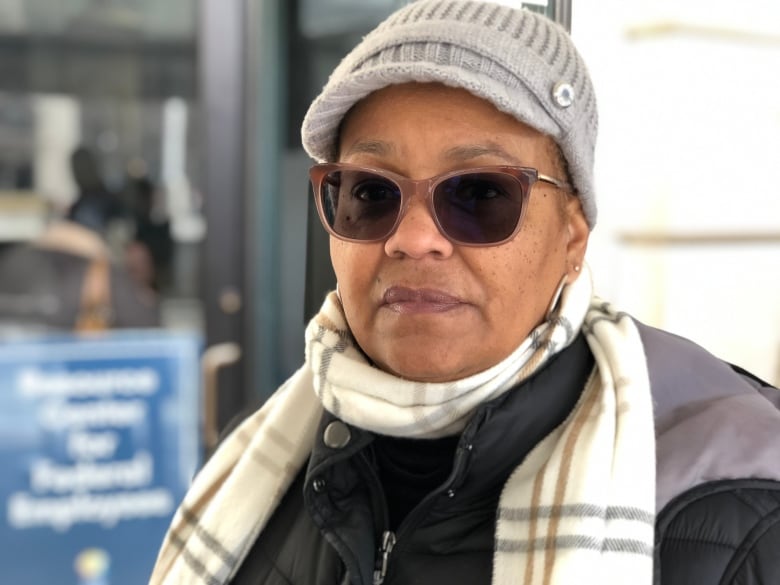 Judy Motley, 64, a clerical worker at the Environmental Protection Agency, says she's been unable to sleep well for days over anxieties about a government shutdown. She was among the 800,000 government workers affected by a 35-day-long shutdown and worries it will happen again if the government can't reach a deal on border security by Feb. 15. (Matt Kwong/CBC)

Office lights flickered on in departments that were dark for days. Staff finally watered wilting plants. Some civil servants came to work and said they were greeted with a "Welcome Back" banner and a medley of pastries and juice bottles.

Still, the temporary period of reprieve hasn't alleviated much of Motley's anxiety.

"Because I know it's not over," she said.

On the weekend, Trump put the odds of him reaching a permanent border security deal with lawmakers at "less than 50-50." Failure to reach a deal would once again put 800,000 government workers at risk of another shutdown.

If it comes to that, chef and restaurateur Jose Andres's World Central Kitchen — the non-profit that provided the free lunches in Washington on Monday — might consider activating its operations to extend past this week, a spokesperson said. The organization's service of complimentary meals and its resource centre, where federal workers could get free groceries, was meant to run until Friday. 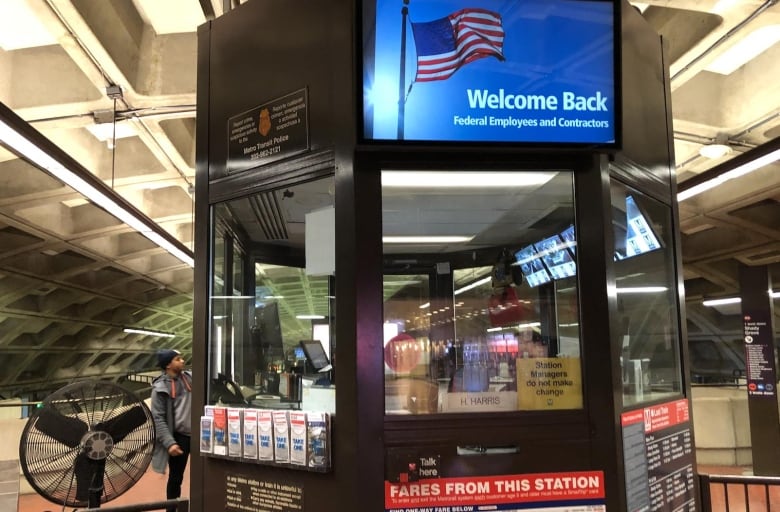 A sign at the Metro Center station in Washington, the central hub of the city's rapid transit system, welcomes back federal employees on Monday. (Matt Kwong/CBC)

Reggie Uwandi emerged from the resource centre on Monday with a bag of baby formula — for his sister.

"She's a federal worker, too, and she can't walk right now. She went into labour two days ago," he said.

Uncertainty about when Uwandi might get his next paycheque, and whether he'd have to pick up a second job, forced him to cancel his application for a new apartment. He was already approved to move in four days ago.

"But seeing that the government's maybe only going to be open for three weeks, I'm pretty much just watching to see what happens before I make my decision."

He's staying at his parents' house for the time being, anxious about that Feb. 15 deadline, when funding again runs out.

"The clock is definitely ticking; I'm just ready to start my new life, not always monitoring CNN to figure out what's my next move." 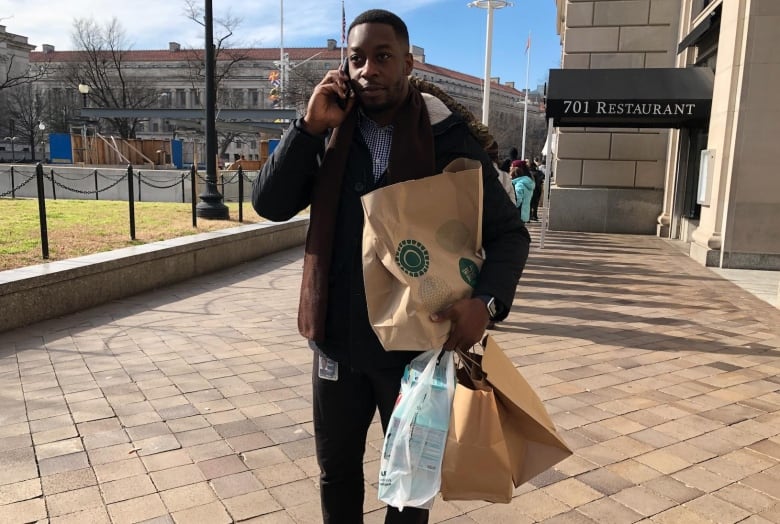 Reggie Uwandi, a federal employee who works in IT for the D.C. courts, carries a bag of baby formula for his sister's newborn baby. Uwandi says he's anxious about another possible shutdown on Feb. 15: 'The clock is definitely ticking.' (Matt Kwong/CBC)

Inside the resource centre, Ronald Jackson, who has worked for eight years for an agency of the D.C. federal court system, hauled off a donated bag of vegetables, rice, pasta and sauce. Every little bit helps for the 40-year-old, an essential employee who continued working — without pay — throughout the shutdown.

He said he'll return every day that he can, as long as the government lacks a more permanent funding measure — one that might extend at least until the fall.

Jackson likens the uncertainty over another imminent shutdown to a storm: He hopes this isn't just a short-term period of calm at the centre of a worse battle to come. 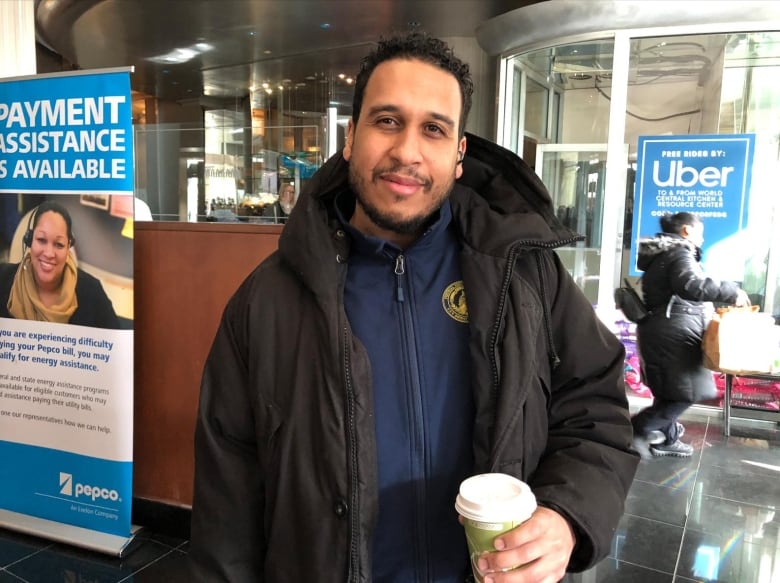 Ronald Jackson, 40, is an essential federal employee who worked for 35 days without pay in a branch within the Justice Department. He worries the current three-week period in which the government will be open is just the 'eye of the storm.' (Matt Kwong/CBC)

"You had lightning and thunder, but those skies are still grey," he said. "We could still be in the eye of the storm. Who knows?"

The non-partisan Congressional Budget Office estimates that the impasse over Trump's demand for wall funding will end up costing the federal government about $ 3 billion. On Wednesday, a bipartisan group of lawmakers from both the House and the Senate will hold an initial meeting to try to negotiate a deal before funding runs out next month.