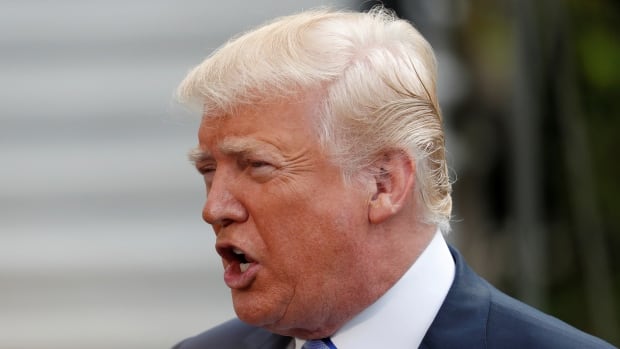 U.S. President Donald Trump said on Friday he has shifted his position over possible talks with special counsel Robert Mueller, saying his lawyers have advised him against any talks but that he would submit to questioning if it was “fair.”

Trump has repeatedly said he wanted to talk to Mueller, a fellow Republican investigating alleged Russian meddling in the U.S. 2016 election and possible collusion by the Trump campaign.

“I would love to speak. I would love to. Nobody wants to speak more than me … because we’ve done nothing wrong,” Trump told reporters at the White House. “But I have to find a way to be treated fairly.

“If I thought it was fair, I would override my lawyer,” he added.

Trump also defended Rudy Giuliani, who he recently hired to represent him in the matter. The former federal prosecutor, however, raised a number of questions about Trump’s actions and motivations in a series of media interviews this week.

On Thursday, Giuliani said he wanted limits on any Trump interview with Mueller.

“He started yesterday. He’ll get his facts straight. He’s a great guy,” Trump told reporters. One of Trump’s lawyers announced Giuliani’s addition to the team on April 19.

The president repeated his assertion that there was no collusion by his team and that the federal probe led by Mueller was a “witch hunt.” Russia has also denied any interference, despite the conclusions of U.S. intelligence agencies.

Giuliani’s “learning the subject matter,” Trump added. “He knows this is a witch hunt. That’s what he knows.”

Trump also said that the time and place had been set for his landmark meeting with North Korea’s Kim Jong-un, but he kept the world guessing for now about the when and where.

He said that withdrawal of U.S. troops from South Korea was “not on the table” as he looks to get Kim to give up his nuclear program at what will be the first summit between a U.S. and a North Korean leader.

“We now have a date and we have a location. We’ll be announcing it soon,” Trump said.

North Korea has long sought the removal of those troops as one of its condition for denuclearization. It remains unclear if Kim has relaxed that demand as he turns to diplomacy with adversaries after a year of escalating tensions.