William Barr's nomination to become the next U.S. attorney general brings fresh uncertainty to how the Trump-Russia investigation will be handled — even as Barr looks to tamp down fears he might suppress the probe's findings.

According to his prepared remarks, Barr is expected to tell the Senate judiciary committee on Tuesday that it's "vitally important" for special counsel Robert Mueller's probe into possible collusion and meddling by the Kremlin in the 2016 presidential election to continue unimpeded. Barr will reportedly also say that the public should see the final outcome.

Certain to hang over those remarks will be an unsolicited memo Barr wrote last year to the Justice Department, in which he slammed Mueller's probe and offered an expansive view of presidential executive authority.

Barr, an outspoken conservative, will testify at 9:30 a.m. ET in the first of two days of hearings. If confirmed as the top U.S. prosecutor, as he's expected to be, Barr would succeed Jeff Sessions, who drew Trump's ire by recusing himself from Mueller's inquiry.

"If you liked the Brett Kavanaugh hearings, you will love the William Barr hearings," said Ross Baker, a Senate expert who teaches U.S. politics at Rutgers University, referencing the bitter partisan bickering during Supreme Court Justice Kavanaugh's confirmation hearing last fall. "I suspect there will be a lot of fireworks."

Here's what to know about the hearings, and an idea of what senators will want to know.

How will Barr deal with the Mueller probe?

A key question will be whether Barr follows in Sessions's footsteps and recuses himself from the probe. Don't count on Barr answering clearly in the affirmative, Baker said.

It's hard to imagine Trump would install Barr, only to have him repeat the move by Sessions that so outraged the president. Trump has suggested he would not have appointed Sessions had he known he would recuse himself. 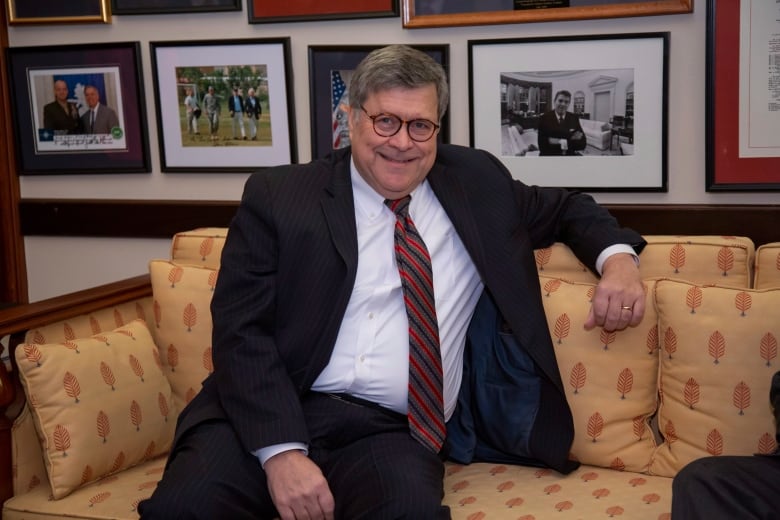 "I suspect that the person who nominated [Barr], I think, would be supremely distressed if he decided to recuse himself," Baker said. "Basically, the question is, will senators accept his assurances that Mueller will be left alone?"

His prepared statement to Congress attempts to allay those concerns. In a preview of his remarks, he pledges: "On my watch, [Mueller] will be allowed to complete his work."

But whether Barr will let the probe carry on unobstructed is coloured by a memo he wrote last summer.

What did the memo say?

Last June, Barr sent a 20-page letter to the Justice Department objecting to the theory behind Mueller's probe into obstruction, calling it "fatally misconceived." That opinion will be deeply scrutinized.

Barr argued the president was acting within his executive authority by requesting that then-FBI director James Comey back off an investigation into Michael Flynn, Trump's former national security adviser, over contacts Flynn made with Russians. Barr also defended Trump's decision to fire Comey.

That has prompted accusations that Barr has prejudged the special-counsel investigation, which wouldn't look well. Democratic Sen. Sheldon Whitehouse has already announced he's expecting Barr to explain what led up to the memo.

What about the deputy A-G's departure?

With Rosenstein's recent announcement that he will be departing as the Justice Department's No. 2 in the coming weeks, Democrats will want to know who will assume authority over Mueller's probe. Rosenstein has been regarded as a non-partisan protector of the investigation. 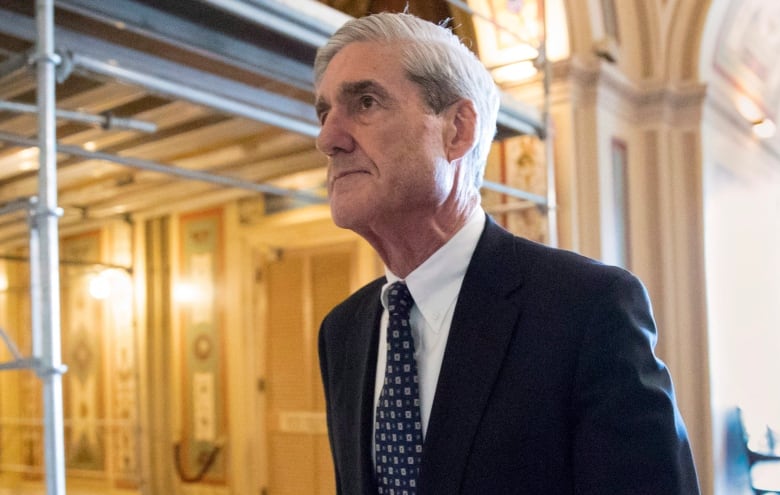 Special counsel Robert Mueller departs after a meeting on Capitol Hill in Washington on June 21, 2017. Protecting Mueller's investigation into Trump's dealings with Russians will be a focus of Barr's confirmation hearings. (J. Scott Applewhite/Associated Press)

The vote on Barr's confirmation is expected to come in mid-February at the earliest, while Rosenstein has reportedly planned to depart once Mueller's prosecutorial work is complete, possibly in March. Pundits have speculated that Mueller's team is close to concluding its investigation and could be wrapped up by mid- to late February.

Democrats will want to press Barr on his willingness to allow the Mueller probe to run its course in a professional manner. He might be asked, for example, whether he believes there's any reason Mueller should be fired.

"Senators want to hear him under oath, to be certain exactly how that will play out," said Carl Tobias, an expert on federal judicial nominations and a law professor at the University of Richmond.

Will Barr's credentials be questioned?

The 68-year-old worked in policy development in the Reagan White House and served as lead counsel in the Justice Department's Office of Legal Counsel, before taking jobs as a deputy attorney general and then attorney general during the George H.W. Bush administration. He became general counsel at the telecom giant Verizon Communications Inc. in 2000, working there for eight years.

His resume looks great. And he has enough grey hairs.— Prof. Carl Tobias

"His resume looks great. And he has enough grey hairs so everybody should be happy about that, and much experience as a lawyer," Tobias said.

That said, Barr's corporate background and his stand on antitrust matters, as well as immigration rights, LGBTQ rights and his 1992 opinion that Roe vs. Wade would be overturned will likely come under attack by progressive senators.

Under rules for special counsel, Mueller is only mandated to deliver his findings to the head of the Justice Department, which presumably will be Barr. The attorney general would also be expected to submit a report to Congress explaining why the department chose to act or not on Mueller's findings.

"The Justice Department has the power to determine what if any parts of the report are made public," said Lisa Graves, a former chief counsel on the judiciary committee under Democratic Sen. Patrick Leahy.

Barr is expected to assure senators on Tuesday he will allow the report to be released to Congress and the public. But Graves, who is also the co-founder of the progressive group Documented, believes Barr should recuse himself from the investigation altogether, citing what she calls "on-the-record antagonism" towards Mueller's work.

What are Barr's views on presidential authority?

It's a timely question, given the debate over whether Trump can draw on emergency powers to get funding to build a southern border wall, as well as fears he might try to wield executive authority to resist congressional investigations.

"I think there's a sincere and realistic fear of how this administration is going to respond to traditional congressional oversight now that there is one part of Congress willing to investigate this president," Graves said. 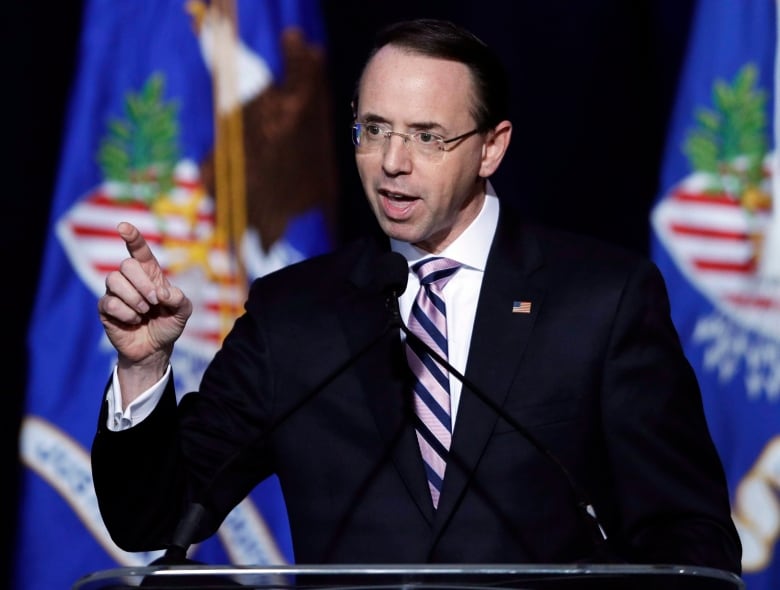 Trump has reportedly expressed interest in launching prosecutions against political enemies like his 2016 election rival Hillary Clinton. Barr could be asked to check on those powers.

He has endorsed Trump's authority to call for more investigations into Clinton, telling the New York Times there was "nothing inherently wrong" with doing so, and suggesting that a supposed conspiracy involving Clinton and a uranium mining deal warranted investigation more than the matter of alleged Trump-Russia collusion.

Such opinions have caused some consternation among Democrats.

As deputy attorney general around the first Persian Gulf War in 1990-91, Barr held what was considered an unconventional opinion: that George H.W. Bush was within his rights to decide unilaterally to approve military action against Iraq, even without input from Congress. (Congress authorized the use of military force against Iraq anyway.)

Russell Wheeler, an expert on judicial governance and visiting fellow at the Brookings Institution, expects questions about Barr's opinions on eminent domain, the legal principle that allows governments to seize private property for public use and pay fair market value for it.

"Because obviously if Trump wants to build this wall, they'll need to take land away from people in southern Texas," he said.

What's his take on pardons?

As attorney general for Bush, Barr supported pardons for six people involved in the Iran-contra affair, a scandal under Ronald Reagan in which U.S. weapons were traded for American hostages.

Trump has already used his pardon powers to excuse controversial former Arizona lawman Joe Arpaio after his conviction for violating a court order, and some of the president's closest allies have been under criminal investigation. Former Trump campaign manager Paul Manafort, who was convicted of financial crimes, could yet receive a pardon, for example.

Even before Mueller's report is released, there's another thing Wheeler believes Democratic senators in particular will want to ask Barr about: "Whether the president has the power to pardon himself."