The distinction between journalism and propaganda has never been harder to draw than in this era of “fake news,” but a new Russian law is trying to set some parameters — and journalism advocates are fearful.

The legislation, passed Wednesday by Russia’s parliament, the Duma, is expected to be formally adopted next week. It would give Russia’s justice department the power to designate non-Russian media outlets operating and broadcasting in the country as “foreign agents.”

During the Cold War, that term was associated with spying.

This latest move follows a decision by U.S. lawmakers to force Russia’s Kremlin-friendly, English-language RT network to register under its Foreign Agents Registration Act (FARA). U.S. intelligence services have accused the Russian government of using media outlets such as RT and Sputnik to push pro-Kremlin interests as part of a bigger plan to influence the 2016 U.S. presidential election.

RT’s chief journalist, Margarita Simonyan, called the ruling “discriminatory,” but on Monday, the company’s U.S. arm ultimately complied with the order, filing papers that disclosed, among other things, that its director general makes $ 670,000 US a year.

The Kremlin’s senior spokesman insists the new rules only level the playing field with what Russian outlets in the U.S. have had to live with.

“Any encroachment on the freedom of Russian media abroad is not and won’t be left without a strong condemnation and tit-for-tat response of Moscow,” said Dimitry Pescov on Wednesday.

But journalism advocates and human rights groups worry the Russian legislation has the potential to impose onerous provisions on foreign outlets in Russia that go far beyond what the U.S. law demands.

In a news release, Amnesty International’s Denis Krivosheev said the Russian legislation “strikes a serious blow to what was already a fairly desperate situation for press freedom in Russia.” 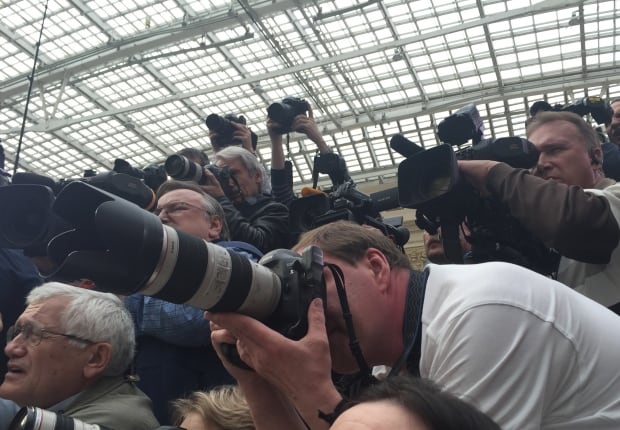 An Amnesty International spokesman has said the Russian legislation ‘strikes a serious blow to what was already a fairly desperate situation for press freedom in Russia.’ (Corinne Seminoff/CBC)

“Over the last couple of years, the Kremlin has been tirelessly building a media echo chamber that shuts out critical voices, both inside Russia and from abroad,” said the release.

The group said any media outlet deemed to be a “foreign agent” by Russia would have to declare the source of its funding and provide extensive information on staffing and finances. On Wednesday, Russia’s justice department said it had notified two agencies, Voice of America and Radio Free Liberty, both of which receive funding from the U.S. government, that they could be affected by the new law.

Amnesty International said outlets such as CNN or Germany’s Deutsche Welle, which broadcast into the Russian market, could be forced to put a logo on their screen indicating the foreign agent designation.

When Russia’s government brought in similar branding for non-governmental organizations in 2014, it resulted in a series of highly publicized raids by police on scores of NGOs across the country. Dozens of organizations ended up shutting down and leaving the country, following audits by the justice department.

The Levada Institute, a respected independent Russian polling agency, was labelled a foreign agent in 2016. As a result of the designation, the group has been unable to receive government money for polling, which has jeopardized a huge part of its business.

Levada’s director, Lev Gudkov, told CBC News the restriction essentially cut off government funding for research projects and created a stigma around Levada that its activities are akin to spying.

For news outlets that get blacklisted, Gudkov says the new law could potentially give Russian officials the power to impose restrictions on access to government events or deny accreditation. 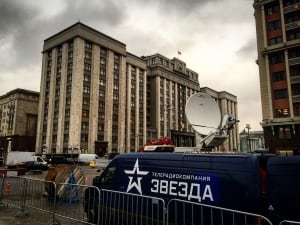 Many western journalists argue the climate of mistrust between the west and Russia already makes it difficult to convince ordinary Russians to speak freely.

By comparison, the U.S. law, while demanding financial and staffing disclosures, appears to have had little impact on how media outlets operate.

The law was passed before the Second World War, but the U.S. justice department said that in the last 50 years, it has initiated only seven criminal cases for violations of the statute.

Nonetheless, international journalists groups, including the Committee to Protect Journalists (CPJ), said the recent U.S. move to force RT to register under FARA was short-sighted and sets a worrying precedent.