Many people who are labelled as allergic to penicillin can safely take the important antibiotic, say doctors and pharmacists who brought testing to the bedside of patients in hospital.

The penicillin family of antibiotics remains a workhouse for infections ranging from urinary tract infections to pneumonia. They’re often considered the safe, first choice. Infectious disease specialists increasingly want to preserve penicillin in the fight against antibiotic resistance — the arm’s race between microbes and drugs to fight them.

Yet one in 10 Canadians report an allergy to penicillin, which doctors know is an overestimate. Now, investigators at three hospitals in Toronto who followed a rigorous testing protocol say they were successfully able to give penicillin to the vast majority of more than 600 people who had the allergy on their medical chart.

“We were able to give antibiotics from the penicillin family in over 80 per cent of people who thought they were allergic,” said Dr. Jerome Leis, medical director of infection prevention and control at Sunnybrook Health Sciences Centre.

Leiss and his colleagues will publish their full findings in the journal Clinical Infectious Diseases.

The investigators carefully confirmed it was safe to give penicillin using the same prick and skin tests allergists traditionally use, plus a final antibiotic pill to reach the gold standard of safety and certainty.

Palmay and Leis said there are few reasons for the overestimate:

John Labrie had a referral from his family physician and came to an outpatient allergic testing clinic at Sunnybrook to find out if was truly allergic to penicillin.

“When I was an infant, apparently I was given penicillin and had a reaction. But I haven’t taken it since then,” Labrie said. “Penicillin I heard that that’s the first thing they give you if you’ve had an accident and are taken to the hospital and I just want to be sure that I’m safe if that happens.” 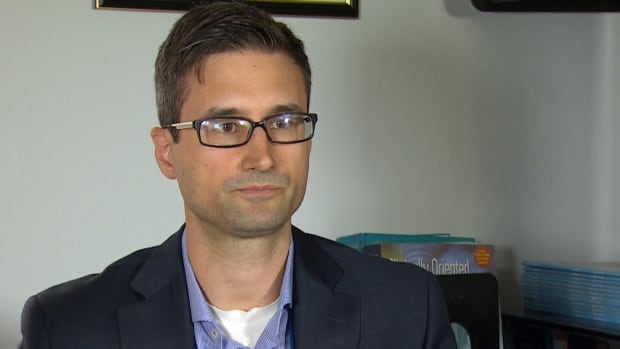 Dr. Jerome Leis is director of infection prevention and control at Sunnybrook. (CBC)

Labrie passed the tests, and said he’ll no longer wear his allergy alert bracelet. “I won’t have to worry about it.”

The hospitals participating in the research have all adopted the skin testing approach to preserve antibiotics. Leis said the findings lend support to similar findings about tolerance to penicillin in pediatric allergy studies. The investigators plan to roll out the approach at other hospitals in the province.