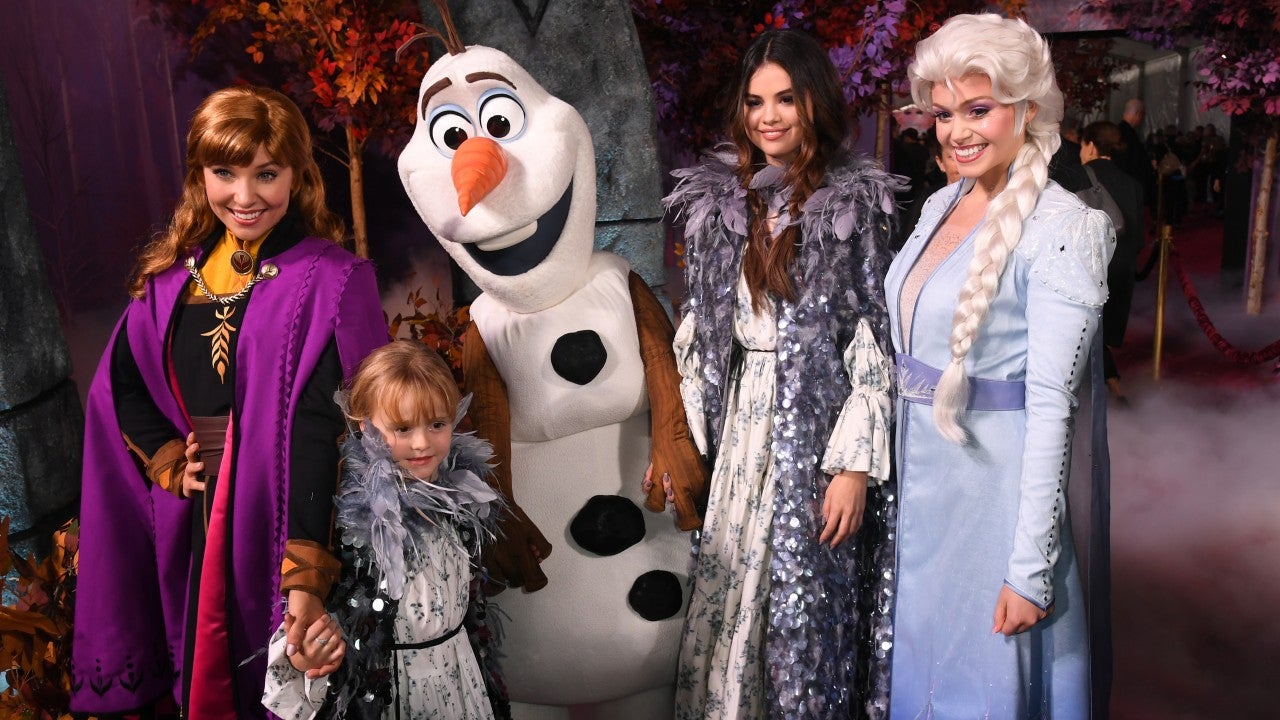 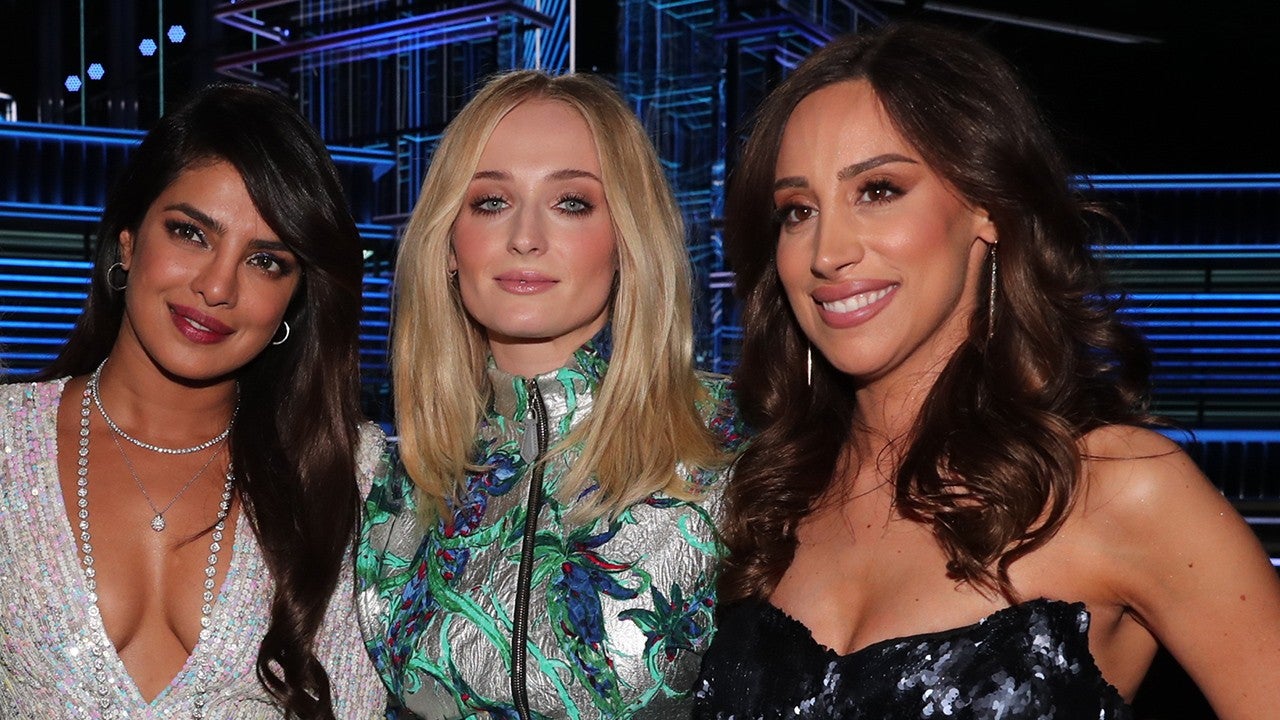 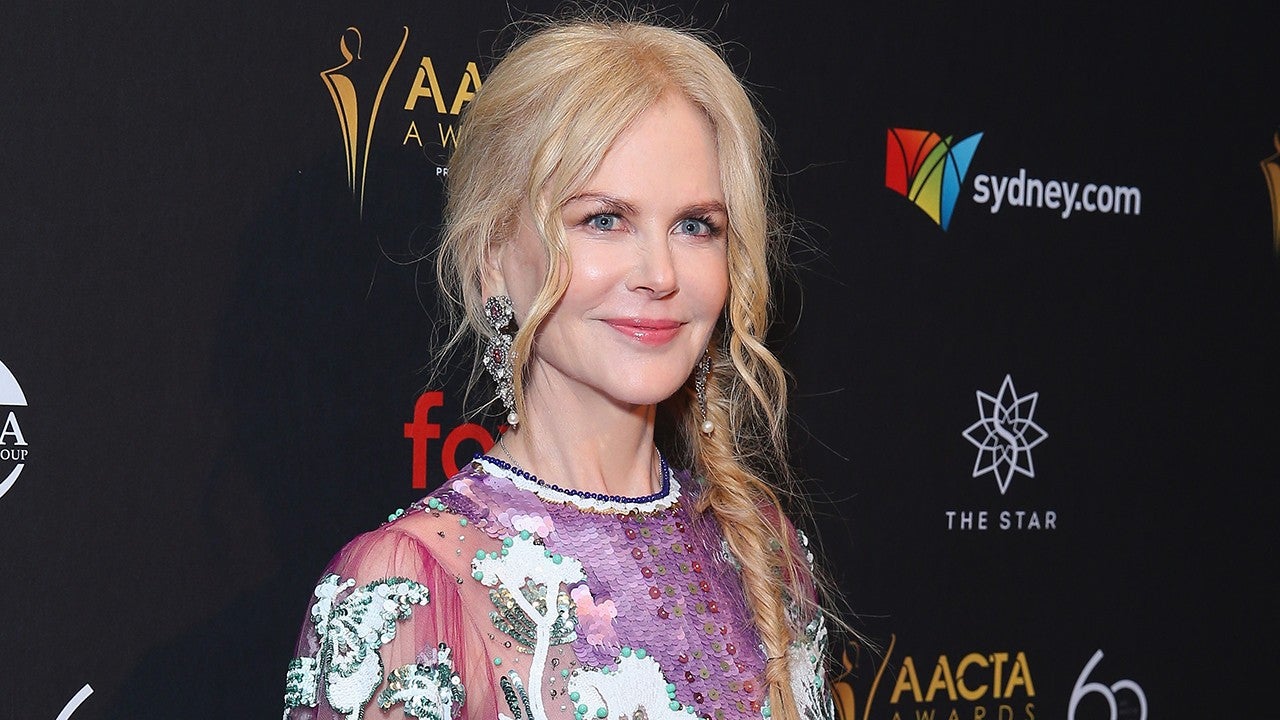 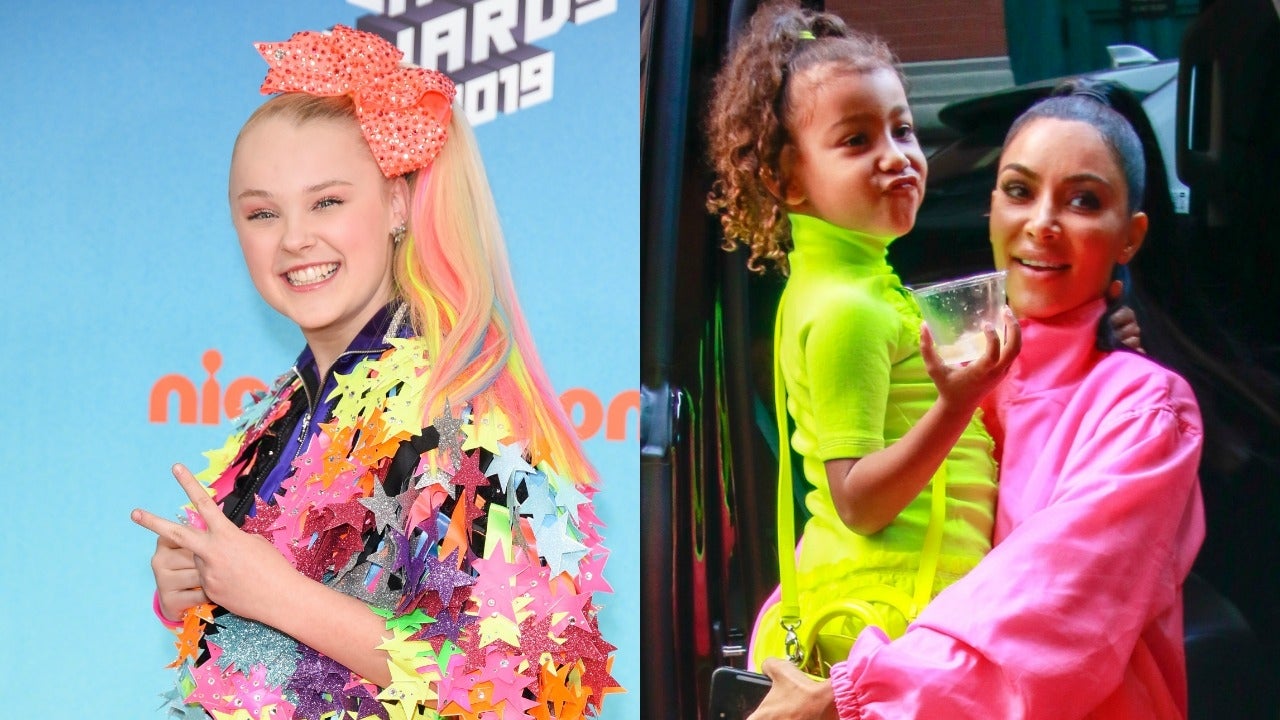 LeToya Luckett is a mom!

The former Destiny’s Child singer and her husband, Tommicus Walker, welcomed their first child together, a daughter named Gianna Iman Walker, on Friday. Luckett, 37, shared the exciting news on her Instagram account, alongside a heartwarming black-and-white photo of the new parents holding their baby girl’s tiny hand.

“Gianna Iman Walker. Born || 1/ 4/19. 7 lbs 15 oz,” the new mom captioned the sweet snap on Saturday. The couple, who also have a joint Instagram account, shared the same photo on that profile with a personal message: “Thank you Lord for blessing us with this gift…Gianna Iman Walker.”

This is Luckett’s first child, and second for Walker, who is also dad to 6-year-old daughter Madison from a previous relationship.

The singer announced that she was expecting a girl in mid-October, alongside fabulous maternity photos. “She’s already become the light of my life,” she wrote. “Mommy & Daddy can’t wait to meet you baby girl! 🎀🌸🌷 #IssaGurl.“

The little was also blessed by Beyonce, as Luckett’s former Destiny’s Child group member gave her baby bump some love during an On The Run II tour stop in September. “Love. ♥️,” Luckett captioned the pic.

Congratulations to the happy family. See more on Luckett in the video below.

LeToya Luckett Ties the Knot With Tommicus Walker in Texas

LeToya Luckett Is Engaged One Year After Divorce — See the Stunning Ring! The next generation of Kardashian-Jenner kids are the cutest best friends ever!

Khloe Kardashian hosted an adorable group of her nieces and nephews for a “cousin cupcake party” to celebrate daughter True Thompson’s 6-month birthday on Friday, and the pics could not be sweeter!

The sweet group included Kylie Jenner’s 8-month-old daughter, Stormi, Rob Kardashian’s 1-year-old daughter, Dream, and Kim Kardashian’s kids, Saint, 2, and Chicago, 9 months. The group posed for pics on a pink picnic blanket, alongside an assortment of cupcakes, as well as a colorfully-decorated layer cake, which Chicago seemed very interested in.

Just a few days earlier, Khloe shared a sweet tribute to her baby girl on Instagram. “I probably dreamt about you my entire adult life,” she captioned a heartwarming pic of True. “You have exceeded every expectation I had of you! This is LOVE.”

While Kourtney Kardashian’s kids weren’t pictured at the “cousin cupcake party,” the tight-knit crew spends a lot of time together, on camera and off. See more on the extended Kardashian-Jenner clan in the video below. After a tumultuous vacation in Indonesia, Chrissy Teigen shared a precious photo of her kids, Luna and Miles, just as they arrived back in LA on Saturday.

In the new photo, Teigen and John Legend’s two-year-old daughter looks at a remote control on the plane while her baby brother happily rests nearby in a Nike onesie. Their mother was quick to clarify that she only sat Miles down in a chair for the photo, noting it’s not safe for babies to travel this way.

“We made it home! (photo for photo purposes, not approved seating by the FAA),” the 32-year-old wrote.

This amazing new image caps off a tropical getaway to Bali punctuated by cooking lessons, trips to the zoo, fun selfies and two earthquakes!

The first arrived early in the morning on Aug. 5 and measured a 7.0 on the Richter scale, causing massive devastation on the nearby Island of Nombok and killing at least 3.

When the earthquake began, Teigen immediately started live tweeting about it, writing, “Oh my god. Bali. Trembling. So long. Phewwwwww. Oh man. We are on stilts. It felt like a ride. 15 seconds of ‘hooooooly sh*t this is happening.’ I very calmly walked outside clutching my baby saying ‘I’m naked. I’m naked. I’m naked.’ Like a naked zombie.”

Later, she explained that the tremors following the quake were making it impossible for her to calm down, tweeting, “So many aftershocks. [I’m] either trembling or these little quakes won’t stop. I’M TRYING TO BE NORMAL HERE.”

She soon discovered that local news was reporting on her tweets, including her mentioning that she was naked amid the quake, prompting her to write: ‘Great a news story just talked about my crotch tweet in the middle of [the] earthquake tweets I gotta delete it, that can’t be how I go down.”

Oh man. We are on stilts. It felt like a ride. 15 solid seconds of “hooooooly shit this is happening”

Then, a second earthquake struck the same island four days later, which she also wrote about on Twitter.

“Earthquake in the daytime. That’s a change,” she wrote. When asked by a fan if it was a big one or a small one, she replied, “Little. Guessing the 3’s. High 3’s?”

A follower soon chimed in that the second quake had measured 6.2. “At this point they’re all small compared to a few days ago,” she replied.

Get more news on Teigen in the clip below.

Chrissy Teigen and John Legend’s Family Outing to the Zoo Is Everything — See the Pics! Ryan Reynolds and Blake Lively are all about a concert date night!

The couple were spotted together at Taylor Swift’s show at Gillette Stadium in Foxborough, Massachusetts, on Saturday, enjoying Swift’s set with fellow A-lister Gigi Hadid in a VIP section. The show was Swift’s third consecutive night at the New England Patriots’ home field, as she works her way through the North American leg of her sold-out Reputation Stadium Tour.

Fans posted pics of the pair to Twitter prior to the concert, and even shared a vid of Lively and Hadid dancing their hearts out to Swift’s 1989 hit “Style” as the show continued.

THIS IS THE BEST VIDEO EVER. When you have two idols that’s nothing better than seeing them support each other. Ryan Reynolds clapping his hands, Blake Lively dancing next to Gigi Hadid. That’s nothing better I could ever ask for. I STAN BLAKE LIVELY AND TAYLOR SWIFT 💓 pic.twitter.com/pXKpXb48hy

gigi hadid, ryan reynolds, and blake lively just strolled in and we are ten feet away from them i am so blessed pic.twitter.com/1F0vtki2gx

Reynolds and Lively also had another very special reason for attending the show — their 3-year-old daughter, James, made a cameo on Swift’s album! Fans spotted the A-list group excitedly reacting Swift’s intro to her song “Gorgeous” — which features James’ voice saying the titular word at the start of the track — as Lively recorded the moment on her phone.

📹 | Blake Lively and Ryan Reynolds reacting to their daughters voice at the start of Gorgeous #repTourFoxborough (via @avocadoswifts) pic.twitter.com/NApRRRbTi7

During an interview with Good Morning America in May, Reynolds dished a little bit on James’ surprise appearance on Swift’s album.

“I don’t know about starring, but a little intro there, yeah, umm,” he told host George Stephanopolous, playing coy. “That was a voice memo that ended up on a [Taylor Swift] song. It’s pretty amazing.”

“My daughter has a really, really terrible ego problem now after that song,” he joked. “Oh, she’s insufferable.”

See more on the song in the video below! By this point, Kris Jenner is a baby cuddling pro. The 62-year-old momager was especially cute on Kylie Jenner’s Snapchat Thursday when the family got together to celebrate the 84th birthday of Kris’ mom and Kylie’s grandmother, M.J.

In the clips, Kris is sporting a bold floral print and rocking Kylie’s 5-month-old daughter, Stormi, in her arms. The little girl seems thrilled, waving her arms up and down in her grandmother’s arms.

Most of the family came out to honor M.J., and Kylie’s older sister, Kendall Jenner, also got a turn playing with baby Stormi.

The cosmetics queen also took to Twitter to lament that her little girl is growing up.

“Stormi will be 6 months in six days… how did this happen? Moms, do your babies grow as fast as mine?” she wrote.

Stormi will be 6 months in 6 days.. how did this happen? Moms, do your babies grow as fast as mine? 🤣

When one fan noted they’re looking forward to Stormi’s first birthday, Kylie replied, “It’s about to be lit.”

It’s about to be lit. https://t.co/JTDFBNwwnJ

Stormi’s parents, Kylie and Travis Scott, recently posed together for a spread in GQ and opened up about their love story for the first time. Watch the clip below for more: Dwayne Johnson‘s family is too cute!

The action star’s girlfriend, Lauren Hashian, took to Instagram on Tuesday to share an adorable pic of herself with their daughters, 2-year-old Jasmine and 9-day-old Tiana. Hashian sweetly holds little Tiana on her lap in the shot, while Jasmine, wearing a red bow in her hair, sits in between them.

“Heaven = a pile of munchkins ???❤️,” she captioned the precious pic. Johnson posted the first snap of baby Tiana on April 23, sharing a photo of her lying “skin to skin” on his chest. “Blessed and proud to bring another strong girl into this world,” he wrote.

The 46-year-old actor, who is also dad to 16-year-old Simone from a previous relationship, went on to reveal how grateful he is to now be raising three daughters, and what it was like to be there for Tiana’s birth.

“I was raised and surrounded by strong, loving women all my life, but after participating in baby Tia’s delivery, it’s hard to express the new level of love, respect and admiration I have for @laurenhashianofficial and all mamas and women out there,” he said. “Word to the wise gentlemen, it’s critical to be by your lady’s head when she’s delivering, being as supportive as you can.. holding hands, holding legs, whatever you can do. But, if you really want to understand the single most powerful and primal moment life will ever offer – watch your child being born.”

He added, “It’s a life changer and the respect and admiration you have for a woman, will forever be boundless.”