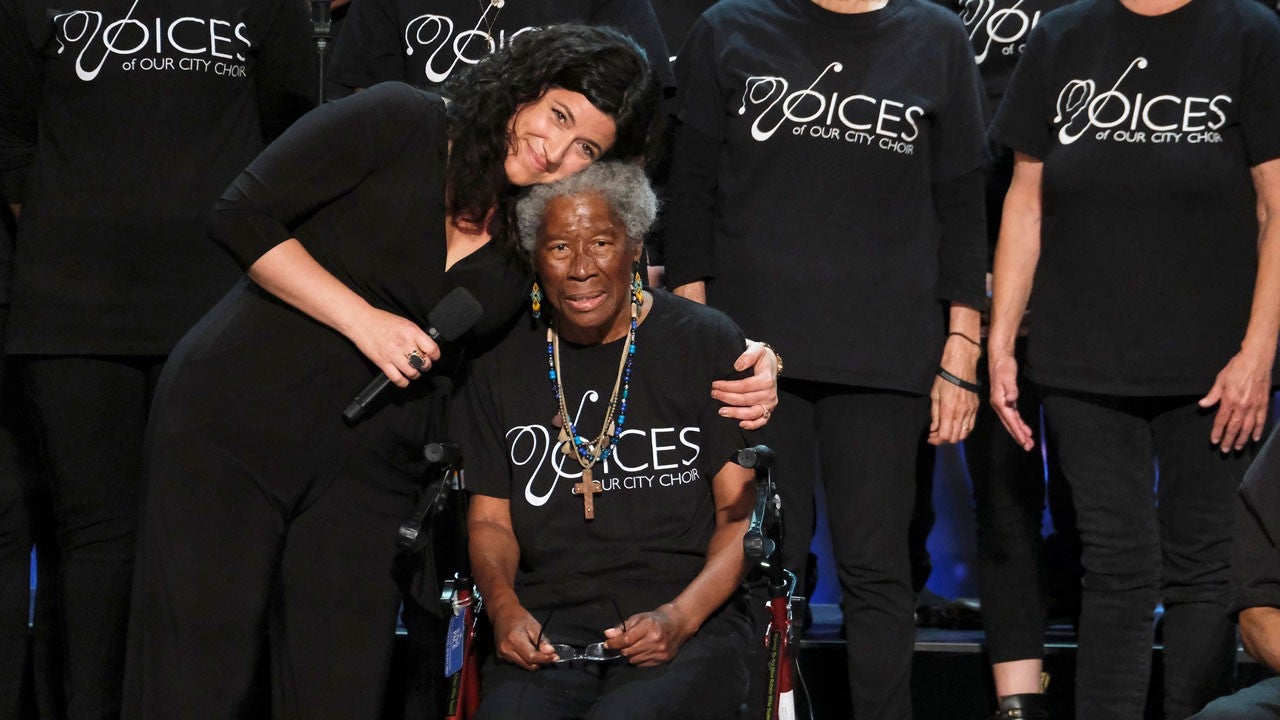 Note: This story contains details that some may find upsetting.

Hiep Bui spent 23 years at the Cargill meat-packing plant in southern Alberta — picking out bones from ground beef in a refrigerated room.

The 67-year-old was one of around 2,000 workers at the plant, located near the town of High River, south of Calgary.

The plant is the site of the largest COVID-19 outbreak linked to a single facility in North America, according to outbreak data from Canadian and U.S. health authorities. A total of 1,560 cases have been linked to the plant, provincial health officials say, with 949 employees testing positive and one death — Bui.

Her death, and the coronavirus outbreak, put into sharp relief the heavy toll meat-packing work can take on members of a workforce that often have few other opportunities.

“The union asked for help, the workers asked for help. The workplace was declared safe … and a worker has died,” said Alex Shevalier, president of the Calgary and District Labour Council, during an online vigil for workers who have lost their lives on the job.

“What we do now is what matters. We cannot bring that sister back but we have to fight for the living. We need a public inquiry and we need a criminal investigation and we need them now.”

On Monday, the same day the Cargill plant reopened after a two-week closure, Bui’s memorial service was livestreamed on social media.

Bui’s husband of more than 25 years, Nga Nguyen — who also works at Cargill and contracted COVID-19 — was asked whether Cargill had called him to express its condolences.

Nguyen shrugged and shook his head. Communicating in Vietnamese through an interpreter, he said, no, the company hadn’t called.

Cargill, a company worth billions, has been accused by employees and the union of caring more about its bottom line than worker wellbeing.

“Honestly speaking, they don’t care about their employees,” one worker said. “They’re saying they can replace people at any time. They don’t care.”

John Keating, president of Cargill Meat Solutions, a subsidiary of Cargill, said the company puts people first. He said his heart hurts to lose an employee, and he was surprised to hear the company has yet to reach out to Bui’s husband.

He said the company was “hit overnight” by the outbreak and there are lessons to be learned.

“If we need to feel the need to apologize, absolutely, we will apologize. We’re a very humble organization, we feel bad about what happened but at the same time we’re very confident in how we run our businesses, how we run our processes.”

On Tuesday, the day after CBC News spoke to Keating, the company said it had reached out to Nguyen to offer condolences.

After employees first began to test positive for the coronavirus, some told CBC News they continued to work in close quarters with colleagues despite physical distancing measures put in place by the company and said Cargill pressured them to return to work even after they contracted COVID-19.

The number of cases at Cargill is staggering even when compared with the U.S., which has the highest total number of active COVID-19 cases and deaths in the world. As of May 1, there were 4,913 COVID-19 cases in total among all meat-packing plants in the U.S., according to the U.S. Centers for Disease Control.

CBC News interviewed 14 current employees of Cargill for this story. Their identities have been kept confidential because they fear negative impacts on their employment should they be identified.

The workers at the plant are primarily immigrants to Canada or temporary foreign workers and many speak limited to no English. Some say their job security is key to them remaining in the country.

Employees have said they’ve sustained injuries at the plant, from blackened fingers to knee damage that has made it difficult to walk.

Cargill said ergonomic experts were in place at the facility to guide the work.

“We have a ramp-up plan in place to ensure our team builds strength and protects their long-term health. We are focused on keeping our employees safe and healthy now and for the future,” company spokesperson Daniel Sullivan said in an email. 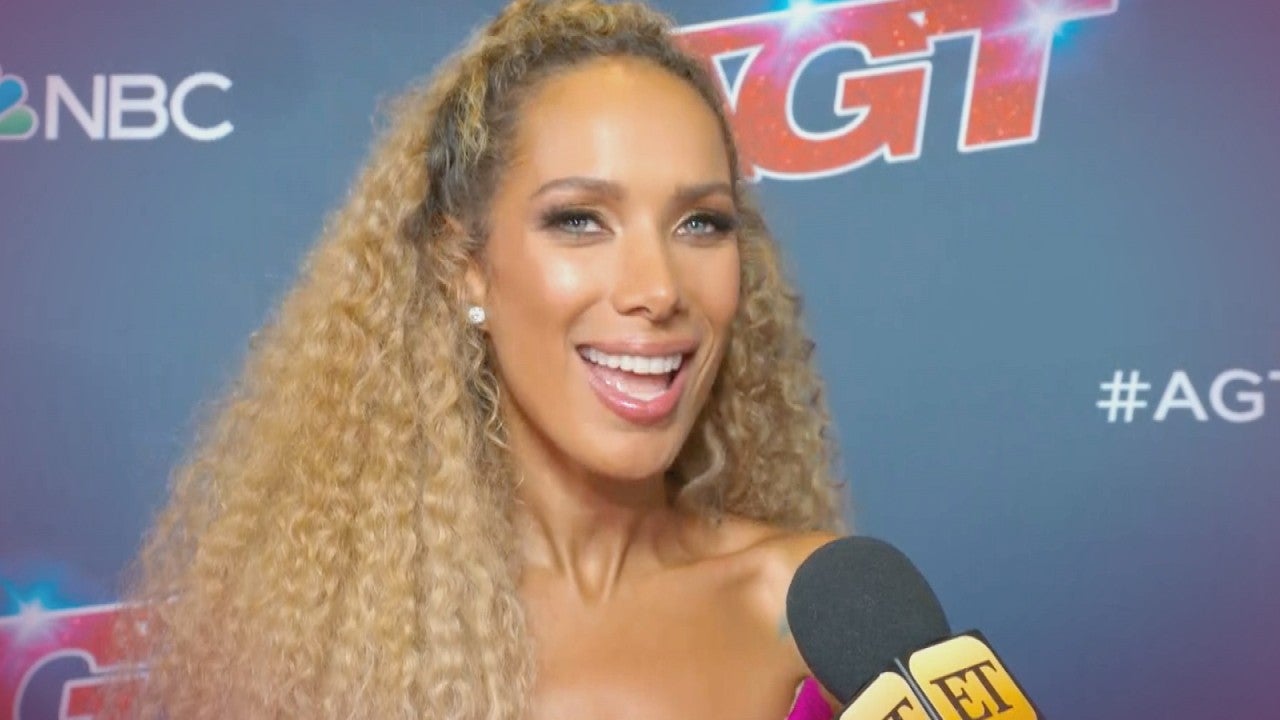 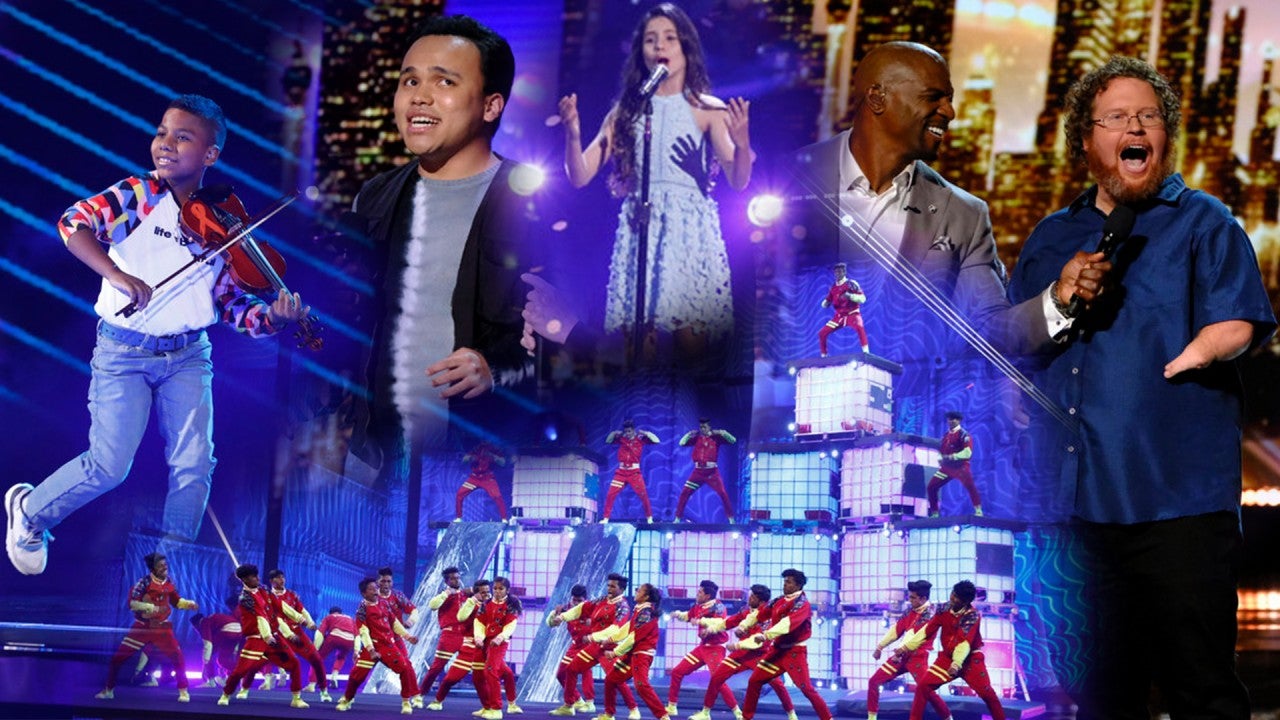 ‘America’s Got Talent’: See Who Became a Frontrunner and Who Fell Short in the Season 14 Finals | Entertainment Tonight 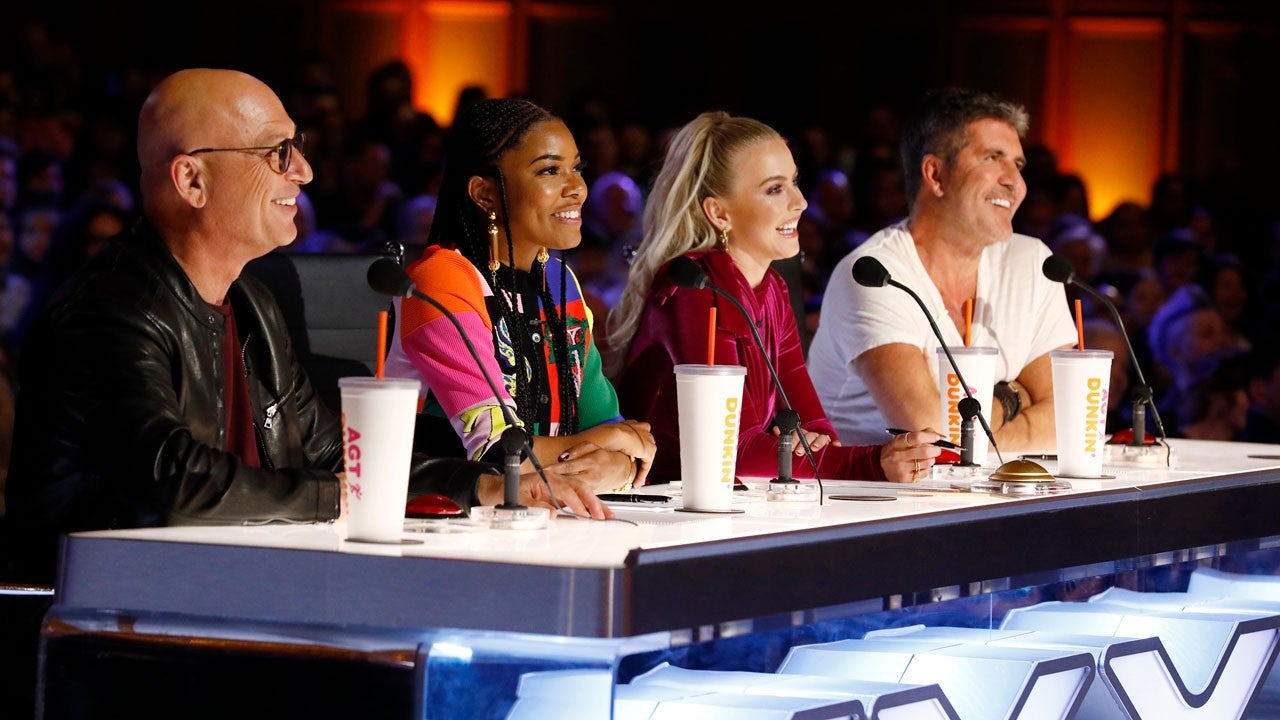 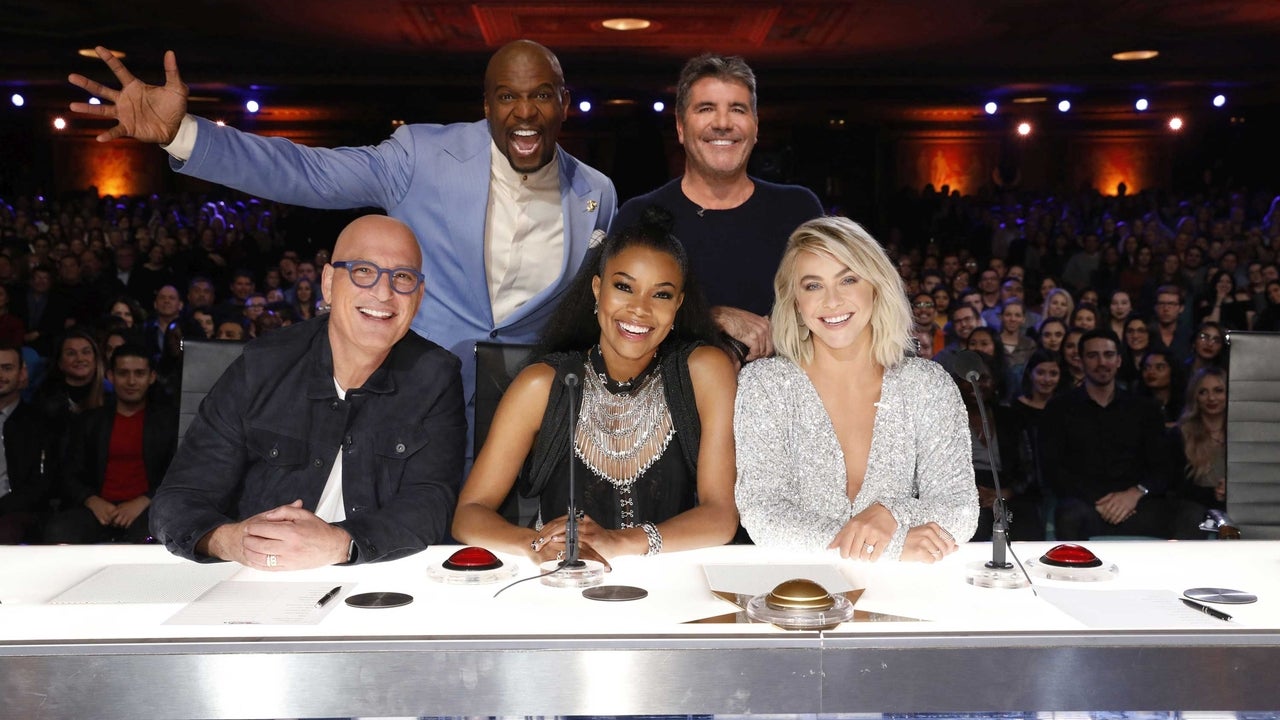 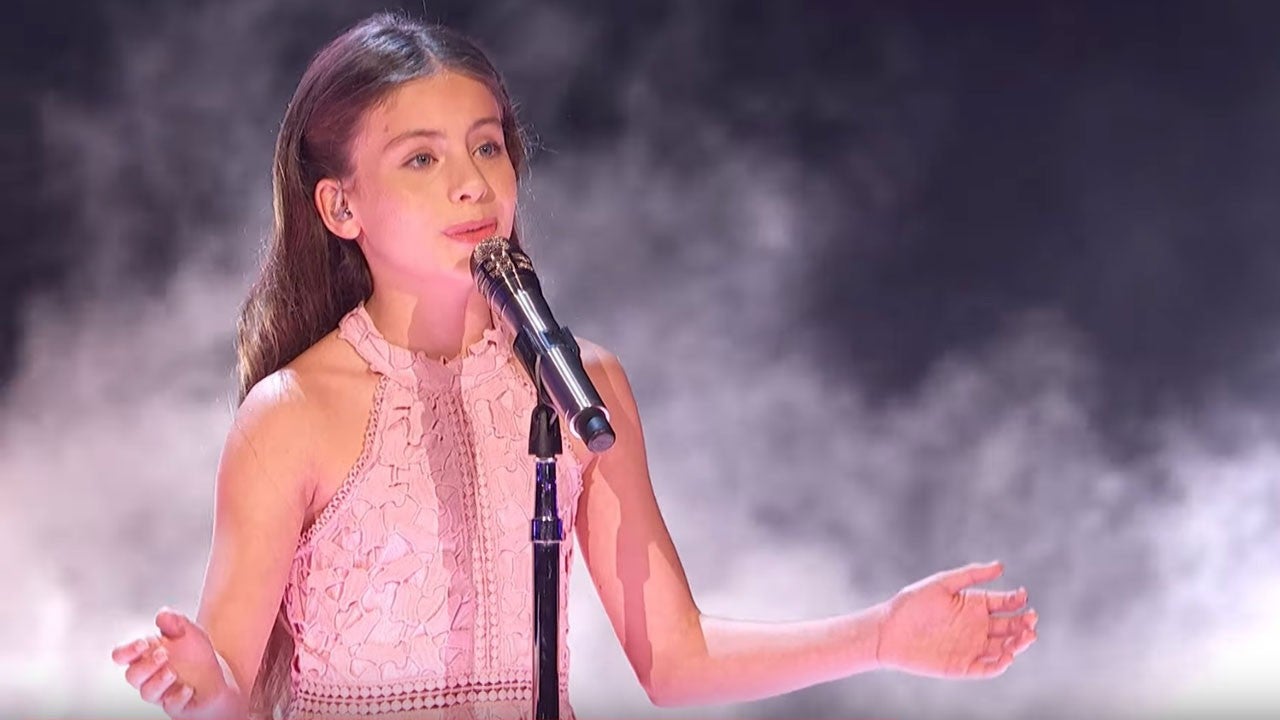 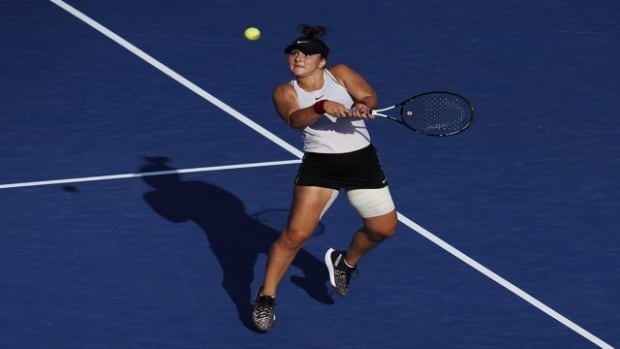 It’s been one week since the city of Newark, N.J., started handing out free bottled water to residents whose homes have lead-contaminated water, but it’s been months since Kim Cordova trusted what’s come out of her taps.

She uses bottled water for almost everything, from brushing her teeth to washing vegetables to cooking.

“I hate that I have to take a shower and I close my mouth,” Cordova said outside the Vince Lombardi Community Center, where she picked up two free cases of bottled water from one of four city distribution centres.

“I feel like I’m in another country, not in the United States.”

Newark has been grappling with water problems for two years and handed out tens of thousands of water filters to residents in 2018. But tests by the federal Environmental Protection Agency found some of the filters did not reduce lead levels below the national standard, prompting officials to start handing out bottled water this month.

The saga has left residents like Cordova frustrated that they’re not being told the whole story.

“It makes me feel angry that this is a situation that wasn’t controlled before it got this bad,” Cordova said.

The situation affects low-income, mainly African-American and Latino neighbourhoods. It’s drawing quick comparisons to the situation in Flint, Mich. — but it’s a comparison that local and state officials reject.

Newark’s water woes began in March 2016, when drinking water fountains had to be shut off in 30 of 67 public schools because their lead levels exceeded the federal standard of 15 parts per billion. Aging pipes were the problem.

No amount of lead is considered safe. Its harmful effects can include developmental issues in young children under the age of six. Pregnant and nursing mothers are also particularly vulnerable.

Problems continued in July 2017, when testing found lead concentrations higher than the national allowable threshold in more than 10 per cent of the city’s residential homes.

In between another violation in December 2017, the Natural Resources Defense Council (NRDC) in Washington, D.C., and a number of local groups started sounding the alarm, concerned the city wasn’t being forthcoming about the scope of the problem and whether the water was safe to drink.

“The city has taken a long time to get their arms around this problem. They’ve known about it for years,”  said Erik Olson, senior director for health and food for the NRDC. “The problem is for a long time they denied there was a serious issue.”

In June 2018, the NRDC and the Newark Education Workers Caucus took the city to court. Their lawsuit alleged that city and state officials violated the federal Safe Drinking Water Act by not acting to prevent dangerous levels of lead from contaminating residents’ drinking water.

“Everybody knows about Flint, Mich. We know about the failures. We know how it’s still struggling. How could we have fallen into the same trap?” said Anthony Diaz of the Newark Water Coalition, an advocacy group.

It wasn’t until October of 2018 that the city began distributing 38,000 water filters to residents. Newark officials said the filters would reduce the risk of exposure while they tried new measures to deal with corrosion issues in the water system.

This week, New Jersey’s Democratic governor, Phil Murphy, and Ras Baraka, Newark’s mayor, toured a bottled water distribution facility and defended their actions. Officials point out that the EPA only tested water filters from three homes; two of them failed.

“We absolutely do not have enough information one way or another to determine whether the filters are working or not,” Baraka told a room full of reporters.

In Flint, thousands of people were exposed to lead-tainted water in 2014 after the financially struggling city, under state-run supervision, switched its water supply to a more corrosive source.

Flint’s current mayor put out a statement of support for residents of Newark this week. And earlier this summer, Dr. Mona Hanna-Attisha, the pediatrician who first sounded the alarm in Flint, visited community organizers in Newark.

But Newark’s mayor bristles at the comparison. Baraka says his officials have been open about the city’s water issues. He says the key difference is that the water in the city’s reservoir is lead-free — that the contamination in Newark results from older lead service lines connecting some homes to the city’s supply.

Yvette Jordan, the plaintiff in the lawsuit against the city, disputes the mayor’s claims of openness.

“We are in a public health crisis,” she said. “I think anytime the EPA is telling you to hand out bottled water, we’re in a health crisis, so I think it’s a little more serious than he alludes to.”

In May, Newark’s water system began adding orthophosphate to the water supply, hoping the chemical will coat the inside of aging lead pipes to prevent leaching. But it could be months before the treatment takes effect.

The NDRC’s Olson says while testing regimes differ slightly, lead levels in Newark in some cases exceeded what was seen in Flint. And he says that in both cases, officials were slow to respond.

What’s happening in Newark is happening in urban and rural communities across the United States. A 2018 NRDC study found close to 14,000 violations of EPA standards for lead contamination in more than 8,000 community water systems.

“Seems like after Flint, a lot of people hit the snooze button and weren’t paying attention to this drinking water crisis that we have across the country,” Olson said, noting a lack of investment in fixing aging infrastructure has made communities vulnerable to lead contamination. “Newark is the alarm ringing again.”

New Jersey’s governor called on the federal government this week to step in. In the short term, Murphy wants funding to keep distributing bottled water to residents, and in the long term, to fix the aging pipes at the source of the problem.

“We’ve got infrastructure in a lot of places that’s over 100 years old,” he said. “It will not get better in the absence of action.”

Baraka, who pleaded for help from President Donald Trump earlier this year, says so far in 2019, Newark has replaced 700 lead pipes. The city is hoping to reach 1,500 by the end of the year. But there are 18,000 in total that need to be addressed, which could take up to a decade and millions of dollars.

But even as the city says it’s taking action, residents say officials are still bungling communication and acknowledging the true scope of the problem.

In court this week, the NRDC argued that the city should expand bottled water distribution to an additional 30,000 residents.

The city contends that those residents are served by a different water treatment plant where corrosion control efforts have been effective.

Amidst the lawsuits and battles over funding, residents are left to wonder what they’re drinking and how much harm it might be doing.

Cordova says she’s been getting regular tests to see if she has lead in her system. So far, the tests have come back negative.

“I get nervous. I don’t know much lead I’ve taken in throughout the months or years,” she said.

Jordan says beyond fixing the pipes, the city needs to better educate residents so they can protect themselves.