Sometimes high scores aren’t all you need to go the distance on Dancing With the Stars.

This was the case for Tinashe and her partner Brandon Armstrong, a first-time DWTS pro, when they ended up getting eliminated at the end of Monday’s Trio Night.

ET’s Katie Krause caught up with the “2 On” singer and her partner backstage after the show, and the pair reacted to getting the axe in the fourth week, despite routinely earning some of the highest scores among the contestants.

“I feel like we did our best every week so that’s what’s really important,” the 25-year-old singer shared. “We had fun so that’s all that matters. It happens.”

Despite not getting the love she needed from viewers at home, the singer was clearly appreciative of her time on the show and of the fans that got her to this point in the competition.

“Thank you to everyone who did vote for us. It was really fun honestly. We appreciate all of the support,” she said. “[It’s] very humbling, very sweet. It was a great experience so that’s really nice of everyone.”

On Monday, Tinashe and Brandon earned the second-highest score of the night, a 26 out of 30, for their trio tango — set to “Hit Me with Your Best Shot” by Pat Benatar — alongside paralympian and former DWTS finalist Amy Purdy.

Despite their impressive scores and well-received routine, the pair found themselves in jeopardy alongside Harry Potter actress Evanna Lynch and her pro partner, Keo Motsepe, and were ultimately eliminated.

Tinashe managed to keep her spirits high as she and Brandon took center stage for their final bow, and were embraced in a big group hug with her fellow cast members.

Before season 27 kicked off, ET caught up with Tinashe and Brandon in the rehearsal studio, and the pair shared their strategy for trying to take home the Mirrorball trophy. Check out the video below to hear more.

'Dancing With the Stars' Sends Home One of the Highest Scoring Couples After Trio Week — Find Out Who!

'Dancing With the Stars' Las Vegas Night: 11 Things You Didn't See on TV

​Melania Trump on Monday gave her multipronged effort to promote the well-being of children a minimalist new motto: "Be Best."

The wife of the U.S. president formally launched her long-awaited initiative after more than a year of reading to children, learning about babies born addicted to drugs and hosting a White House conversation on cyberbullying.

"As a mother and as first lady, it concerns me that in today's fast-paced and ever-connected world, children can be less prepared to express or manage their emotions and often times turn to forms of destructive or addictive behaviour such as bullying, drug addiction or even suicide," she said in prepared remarks.

"I feel strongly that as adults, we can and should 'be best' at educating our children about the importance of a healthy and balanced life."

Trump said early on that she would focus on child well-being. The goal of her public awareness campaign is to encourage parents and other adults to teach children how to be good citizens, including being kind, not bullying on social media or anywhere else, staying away from drugs and taking care of themselves.

The campaign will focus on the issues of well-being, social media and opioid abuse, she said.

"If we truly listen to what our kids have to say, whether it be their concerns or ideas, adults can provide them the support and tools they need to grow up to be happy and productive adults who contribute positively to society and their global communities," said Trump, who made the announcement in the White House Rose Garden as her husband, Donald Trump, looked on from the audience. 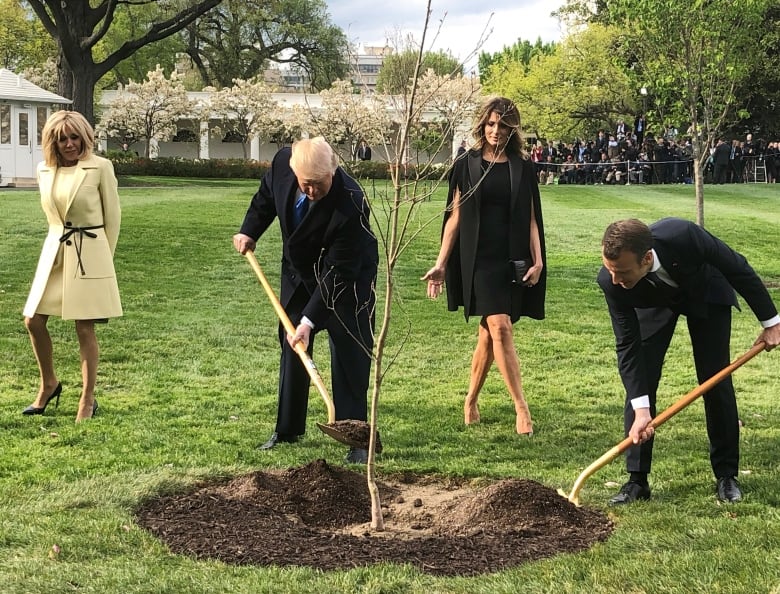 Monday's announcement followed a period of high visibility for a presidential wife who once had a scant public presence around the White House. Last month, she joined her husband to host the prime minister of Japan at the Trumps' Florida estate and the president of France at the White House. She also represented the administration at the April funeral of former first lady Barbara Bush.

Children should be both seen and heard.— Melania Trump

During nearly 16 months as first lady, Mrs. Trump demonstrated her interest in children by visiting with young hospital patients in the U.S. and during overseas trips with the president, often reading to them and encouraging them to do their best.

Her interest in the opioid drug crisis, developed during the presidential campaign, has taken her to care centres and hospitals in West Virginia and Ohio to learn about the epidemic's effect on babies born to mothers addicted to the powerful painkillers. She also convened a White House roundtable on the issue last fall.

In March, she hosted representatives of major online and social media companies at the White House to discuss cyberbullying and internet safety.

That meeting came more than a year after she promised to use her White House platform to discourage cyberbullying. Her choice was ridiculed almost immediately, given her husband's longtime habit of calling people names on Twitter, but she said the criticism wouldn't discourage her from doing what she thinks is right.

She said Monday that social media is too often used in negative ways and that it is important for children to learn positive online behaviours at a young age.

"I do believe that children should be both seen and heard, and it is our responsibility as adults to educate and remind them that when they are using their voices — whether verbally or online — they must choose their words wisely and speak with respect and compassion," she said.

Modern first ladies typically highlight personal causes, from Nancy Reagan's campaign to get kids to "Just say no" to drugs to the emphasis the late Barbara Bush and her daughter-in-law Laura Bush placed on literacy and education to Michelle Obama's signature "Let's move" campaign against childhood obesity, which she launched about a year after moving into the White House.

Mrs. Trump took a little more time to pull her initiative together. She did not live in the White House for the first five months of the administration to avoid having their son, Barron, 12, change schools during the year. She has a smaller staff than her predecessors and only hired her policy director in January of this year. 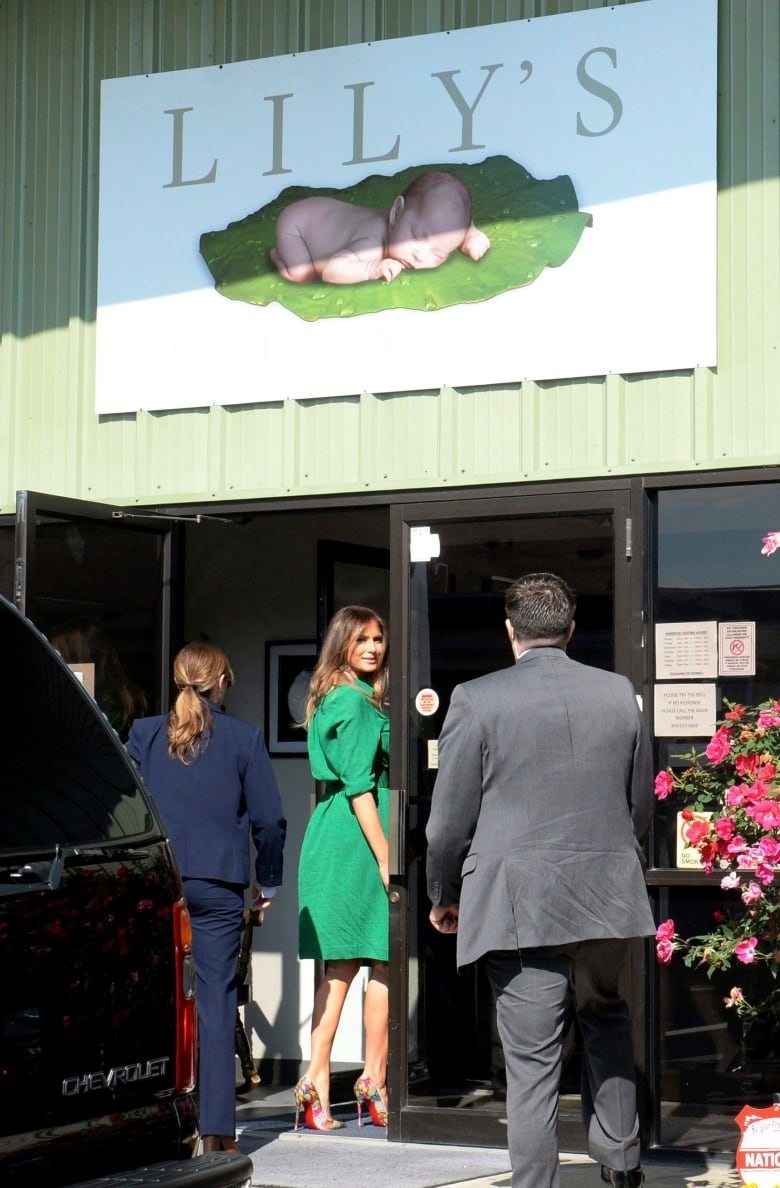 The first lady tours an opioid addiction centre in Huntington, W.Va., in October 2017. Her interest in the drug crisis developed during the 2016 presidential campaign.(Chris Dorst /Charleston Gazette-Mail/Associated Press) Zuckerberg announced that he and wife Priscilla had welcomed their second child last week, with a heartfelt letter. “August, we love you so much and we’re so excited to go on this adventure with you,” he wrote. “We wish you a life of joy, love and the same hope you give us.”

Zuckerberg and Priscilla are already parents to 1-year-old daughter Max. See more on the family in the video below.