The father of a seven-year-old Toronto student is speaking out about what he says is a “bureaucratic black hole” when it comes to immunization records in Canada — after his daughter, who was vaccinated twice, was suspended from school for supposedly not having the necessary shots.

Andrew McMonagle’s little girl was born in Manitoba. Some time later, the family moved to British Columbia, then to Ontario.

All along, says McMonagle, they kept up with their daughter’s shots, even submitting the records when she started school at the Toronto District School Board four years ago.

But on Tuesday, they received word that their daughter was no longer welcome at school.

“They just said she’s on suspension as of today; that was the end of the story,” McMonagle told CBC News.

“They couldn’t tell us anything more.”

The Grade 1 student had to stay home Wednesday, with McMonagle’s wife taking time off work to care for her. It was difficult to explain to the child why she couldn’t go to school, McMonagle said.

“We told her exactly what was going on because there’s no reason to keep it a secret,” he said. “She’s quite upset.”

‘The doctor thought that was ridiculous’

Their ordeal began earlier this year when they received a notice from Toronto Public Health saying their daughter’s vaccine records were insufficient, asking that they resubmit the information. All the documents were originals, he said, straight from the doctor.

They resubmitted the records and then received the same letter — again asking for the same information. 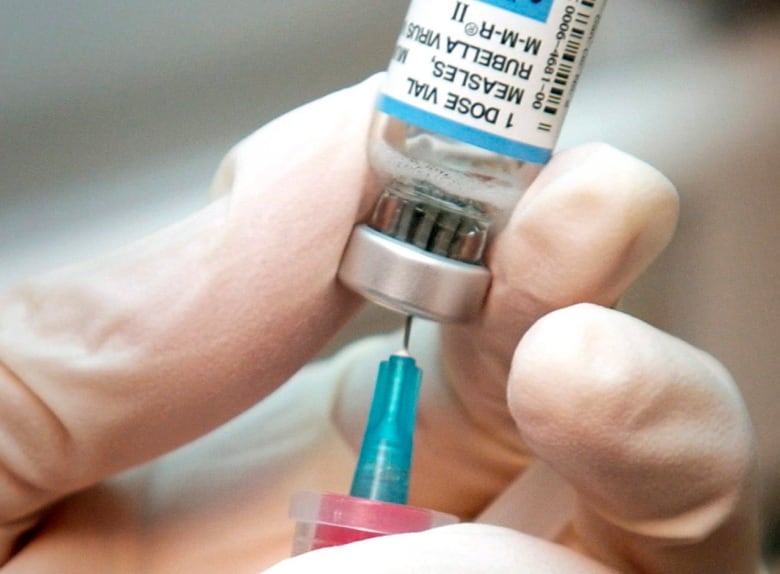 While provincial and territorial vaccine schedules mostly line up, there are differences. In British Columbia, for example, newborn vaccinations include shots for Hepatitis B. In Toronto, those shots aren’t given to children until Grade 7. (Mike Hutmatcher/Wichita Eagle/The Canadian Press)

Over the span of two weeks, they sent and resent all the documentation they had, until finally McMonagle’s wife phoned Toronto Public Health. It took about an hour to get to the bottom of the issue, he said: missing from some of the records, according to the agency, was the dosage of some of the vaccines.

That came as a surprise not only to McMonagle, but also to his daughter’s doctor, who told him dosages are standard from province to province.

“The doctor thought that was ridiculous,” he said. Toronto Public Health gave the Grade 1 student until April 1 to get revaccinated, refusing to accept her existing inoculations were valid.

The problem, says Toronto Public Health’s Dr. Vinita Dubey, boils down to the lack of a national immunization schedule.

Vaccination requirements are determined on a provincial and territorial basis, and while the schedules mostly line up, there are differences.

In British Columbia, for example, newborn vaccinations include shots for Hepatitis B. In Toronto, those shots aren’t given to children until Grade 7.

“We don’t have a way to be able to check a system to verify, and then for the system to be able to say, ‘Well, I’ve done the calculations and this is what you need,”‘ Dubey said.

In the case of McMonagle’s daughter, the agency cited a lack of dosage information as the problem.

Dubey says questions around dosage aren’t about the amount of vaccine given, but rather the number and timing of the shots. 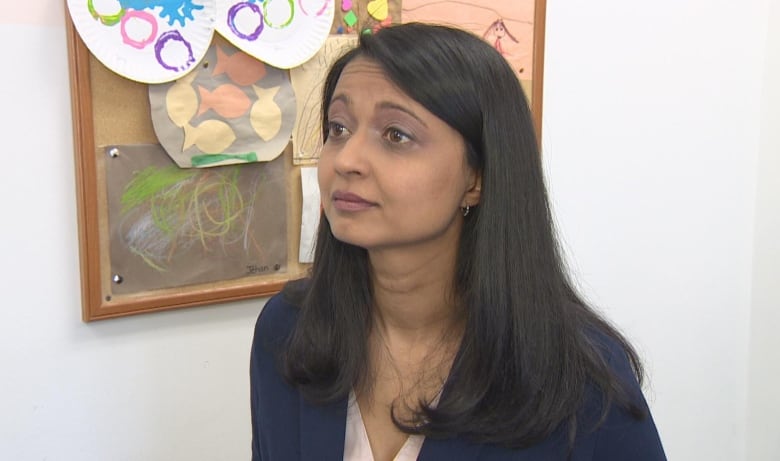 Dr. Vinita Dubey, Toronto Public Health’s associate medical officer of health, says questions around dosage aren’t about the amount of vaccine given, but rather the number and timing of the shots. (Joe Fiorino/CBC)

For example, if a child is vaccinated against measles, mumps and rubella before the age of one, that shot “doesn’t count,” Dubey said, and he or she would still need another two shots afterwards.

After assuring her that getting her shots a second time wouldn’t hurt her, the McMonagles had their daughter revaccinated and got the records. They were told those records would take another two weeks to be processed.

“There was no medical reason for it. We went to our family doctor to get it done and he used some colourful language to describe that this is not necessary,” said McMonagle.

“We had to put her through another round of unnecessary vaccination. which is needles in a little kid’s arm. It’s not fun.”

She’s now able to return to school, but McMonagle says he wants to see changes so that children who have been vaccinated within Canada don’t run into the same red tape his daughter did.

“When we’re compliant and we’re still not in compliance, you don’t know what to do.”