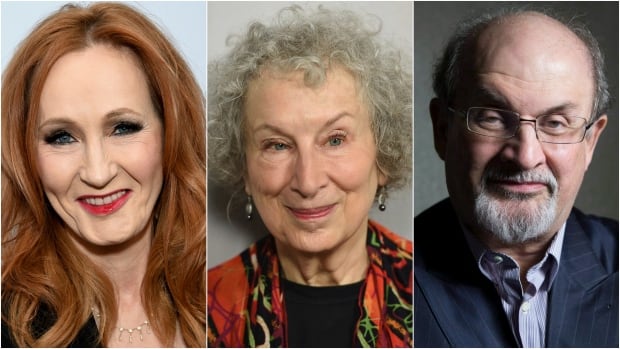 Dozens of artists, writers and academics have signed an open letter decrying the weakening of public debate and warning that the free exchange of information and ideas is in jeopardy amid a rise in what they call “illiberalism.”

J.K. Rowling, Salman Rushdie and Margaret Atwood are among dozens of writers, artists and academics to argue against ideological conformity in an open letter in Harper’s Magazine.

Academics on the list of more than 150 signatories hail from American universities such as Princeton, Yale, Harvard Law, Brown, Rutgers and more.

The letter comes amid a debate over so-called cancel culture — where prominent people face attack for sharing controversial opinions.

“The forces of illiberalism are gaining strength throughout the world and have a powerful ally in Donald Trump, who represents a real threat to democracy,” the letter said.

“But resistance must not be allowed to harden into its own brand of dogma or coercion—which right-wing demagogues are already exploiting. The democratic inclusion we want can be achieved only if we speak out against the intolerant climate that has set in on all sides.”

Rowling, for example, has attracted criticism over her views on transgender issues, which have angered many activists. In a series of tweets, Rowling said she supported transgender rights but did not believe in “erasing” the concept of biological sex.

The comments prompted Daniel Radcliffe and other cast members of the Potter films to publicly disagree with her. Rowling was unmoved, but has been trading barbs with critics online.

The letter criticized the state of public debate and the “swift and severe retribution” dealt out to any perceived wrongs. It decried an “intolerance of opposing views, a vogue for public shaming and ostracism, and the tendency to dissolve complex policy issues in a blinding moral certainty.”

“The way to defeat bad ideas is by exposure, argument, and persuasion, not by trying to silence or wish them away,” the letter said. “We refuse any false choice between justice and freedom, which cannot exist without each other.

The letter garnered pushback and has sparked heated debate since being posted Tuesday by Harper’s and circulated by a number of the signatories on social media.

Critics have pointed out that some of those who signed have engaged in the same toxic behaviour they decry in the letter. Others cited the disconnect over signatories holding such prominence, positions of power and with large public platforms complaining about having their speech stifled.

To the signatories I respect, I’m sure a productive conversation can be had in good faith, but you should probably look up some of the names next to you on this thing and school them first.

This is the first time in American history that people apart from the monied New York and Washington elite have had the chance to get their voices heard, and the Harper’s signatories are freaking out over the fact that people are being mean to them on twitter. So embarrassing.

Historian Kerri Greenidge, who was listed among the original signatories, said she did not endorse the letter and asked for a retraction. A writer on the list, Jennifer Finney Boylan, apologized for her participation, saying she thought she was “endorsing a well meaning, if vague, message against internet shaming” and was not aware of the full list of signatories.

I did not know who else had signed that letter. I thought I was endorsing a well meaning, if vague, message against internet shaming. I did know Chomsky, Steinem, and Atwood were in, and I thought, good company. <br><br>The consequences are mine to bear. I am so sorry.