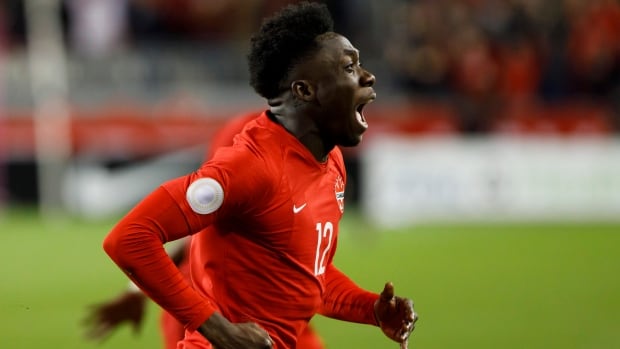 One giant stride forward, but now what?

That’s the question looming over Canada’s men’s soccer team as the squad gets set for their rematch Friday night against the Americans in Orlando.

There’s reason for optimism. It was one month ago the Canadians were celebrating their historic win over the United States — a 2-0 victory in front of a boisterous home crowd at BMO Field in Toronto, perhaps signaling new hope. It was, after all, the program’s first victory over their southern neighbours since 1985.

But now it’s about consistency, and until the team strings together a number of strong performances, the program will continue to be questioned. Head coach John Herdman knows it too.

Canadian men’s national soccer team head coach John Herdman discusses his team’s upcoming match against the United States which will be held on Friday in Orlando. 2:12

He has two feet firmly planted on the pitch knowing that his 69th world-ranked team is going to need many more of these international victories strung together before they’re taken seriously.

“Now it’s about consistency,” Herdman said. “There’s clarity though. We’re getting better, getting better every time we come in and that will take us to a place we all want to be, that we know can change our country forever.”

The goals are lofty but Herdman doesn’t shy away from them. He took the Canadian women’s team to a different soccer stratosphere — back-to-back Olympic bronze medals. Not since 1986 have the Canadian men played in a World Cup.

Canadian forward Alphonso Davies talks about the mindset Team Canada has heading into their Nations League rematch with the United States. 1:33

Now that “country-changing” moment he so badly seeks for the men’s side is starting to take shape. Qualifying for the 2022 World Cup is his obsessive focus as he talks about it at every turn.

“Our motivation is to qualify for the World Cup,” Herdman said during a conference call leading into Friday’s match.

“You have to experience it, winning important games. The words are nothing. I think that’s what happened in our first win against the U.S., knowing that the work we’ve put in has taken us to this place.”

That place? Another pressure-packed, pivotal game against the Americans that, should the team draw or win, catapults them closer to the spot they want to be. A loss, in a lot of ways, undoes all the greatness realized that October night in Toronto.

The Canadians’ victory over the U.S. put them in first place atop the Group A standings in the CONCACAF Nations League — while comfortable for the moment, the margin for error is slim.

Getting to the Hex

A win or draw Friday night against the Americans would place the Canadians into the Nations League final four and also earn them valuable points in the FIFA world rankings, all with the goal of getting to Qatar 2022 as the ultimate end stop.

Herdman says it’ll be incumbent upon his team to continue to play at a high level to signal to the rest of the competing nations Canada belongs in the conversation.

“It comes down to will. That’s what will we will be working on and building consistency,” he said.

“Mindset wise it’s the same as every time we play — Keep improving as a group to be better than we were and to just keep bringing that same will and intensity.”

Gone are the days a men’s Canadian soccer squad is scrambling to put together a competitive roster heading into an important international match.

Herdman spent much of the conference call talking about his roster and having a good problem in deciding what talent will be on the pitch come game time.

“The player’s blood is always boiling for games like this and they want to be on the field,” Herdman said. “That’s where we wanted to get Canada at.”

Eighteen-year-old FC Bayern Munich product Alphonso Davies is back on the roster for the upcoming return leg in Orlando. He’s the star fanning the flames of excitement around this team and also had a game-winning goal against the Americans last month.

Lucas Cavallini has been sensational for Canada and is also returning for the game Friday night. He was the second goal scorer against the United States. Add 19-year-old Jonathan David, who plays for the Belgian First Division side K.A.A. Gent to the mix and the scoring power by the Canadian squad is more threatening than it’s been in a long time — David has 11 goals in 11 matches with the national team.

“We know the U.S. will add a certain level to their performance being at home so then for us we have to not only bring a level of consistency but improvement to performance as well,” Herdman said.