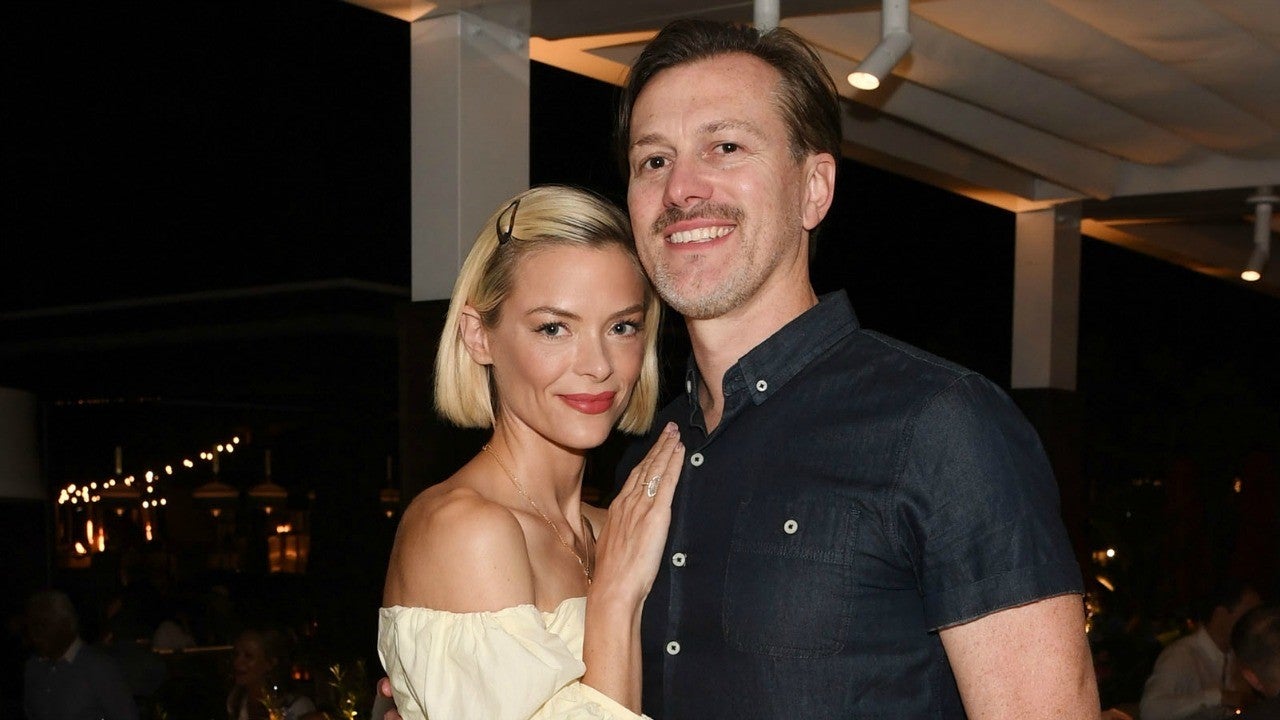 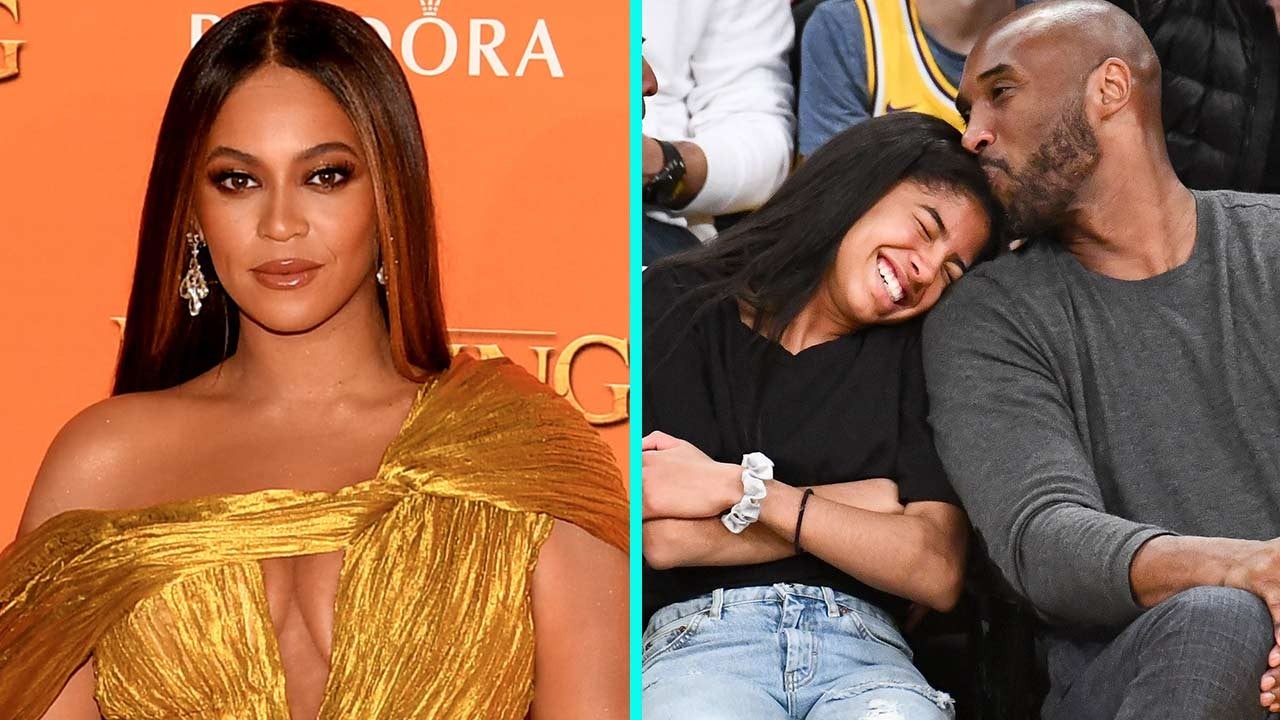 Britain’s exhausted party leaders have spent the past five weeks competing with Christmas markets and holiday shopping trips as they spread their wildly divergent messages across the dark, wet U.K. countryside.

But for Labour’s Jeremy Corbyn, the end of this pivotal election campaign may be coming one week too soon.

Corbyn, 70, whose opponents claim wants to give Britain something akin to a Marxist makeover, has been slowly closing the gap with Boris Johnson’s Conservatives, according to most pollsters.

Whereas Johnson’s oft-repeated “Get Brexit done” slogan has found a receptive audience with many who voted to leave the European Union in the 2016 referendum, Corbyn has continued to promote plans to reinvest in health care and other non-Brexit themes.

“I have come here with a message of hope … for what our party represents,” he told a pre-dawn crowd in Glasgow on the eve of Thursday’s vote.

Polls have differed somewhat on the size of the Conservative lead, but all have shown a tightening between the two parties as voting day approached.

Labour Party chairman Ian Lavery urged his campaign teams not to let up until the polls close at 10 p.m. GMT.

“We are only inches away from the winning line,” he told volunteers.

With the Conservatives being the only party in Parliament that favours the current Brexit deal, Johnson needs a majority of the 650 seats to ensure the legislation is passed. A minority, or hung Parliament as it’s called in the U.K., would put the deal to leave the EU in jeopardy.

The choice between the two leaders — and their visions for the U.K. — couldn’t be more stark.

The path of Johnson and the Conservatives involves a huge leap away from the European Union and an uncertain future negotiating trade deals and forging new business relationships with the rest of the world.

Corbyn is offering — whether the U.K. stays in the EU or not — a more socialized country, with redistributed wealth, more nationalized services, such as railways, and likely higher taxes.

He has promised to negotiate a new deal with the EU and put it to a final, in-or-out vote in another referendum to settle the Brexit question once and for all — though Corbyn has said he would officially stay neutral.

The election is clearly Johnson’s to lose and his tightly scripted, take-no-chances final day reflected that.

Stopping at a bakery in Derby, north of Birmingham, and wearing an apron, Johnson put the last bit of pastry on top of what he called “an oven-ready Brexit pie.”

“This is the perfect metaphor for what we’re going to do in the run-up to Christmas if we can get a working majority,” he told the media, suggesting the Brexit deal with Europe is set to go as soon as the election is over.

But Johnson’s constant downplaying of the potential difficulties of navigating a post-Brexit landscape has some observers suggesting the election has been notable more for its lack of truthfulness than anything else.

“The quality of the discourse around this election has been absolutely appalling,” said Matteo Bergamini, who heads up Shout Out UK, an advocacy group that goes into high schools and colleges pushing for political literacy and against misinformation.

Bergamini said one of the worst examples was when the Conservative campaign headquarters changed the name of its Twitter account to Factcheck UK, making it difficult for social media users to tell the difference between a partisan account and a supposedly independent one.

“The parties are trying to manipulate voters, as opposed to what democracy should be about, which is, ‘This is what we stand for’ and ‘This is what we’re about,'” he said.

Another key feature of the campaign has been the strong focus on the party leaders and their personal characteristics, with very little mention of the potential teams of MPs behind them.

“For a British election, it’s been an extremely presidential style of campaigning, on both sides,” BBC political editor Laura Kuenssberg told Radio 4 on Thursday.

“They are very fixed on the two central characters of Jeremy Corbyn and Boris Johnson.”

Many voters have serious doubts about both men, she said, with the choice coming down to which one is “best of a bad bunch.”

Johnson, meanwhile, has been called a serial liar and a racist — including by many Conservatives.

A pre-election Brexit showdown saw Johnson kick 21 MPs out of caucus for defying him by supporting an opposition motion that sought to deny Johnson the option of leaving the EU without a formal divorce agreement.

Among those dumped was 71-year-old Conservative icon Nicholas Soames, a grandson of former prime minister Winston Churchill, who served in Parliament for more than 36 years and is now retired.

Retired veteran Tory MP Nicholas Soames, grandson of former British prime minister Winston Churchill, defends voting against Boris Johnson along with 20 other rebel Tories to block a no-deal Brexit, which got them kicked out of the party. 4:50

“Nothing is going to allow the country to put Brexit behind it,” he told CBC News in an interview.

“The process of Brexit is going to last for many, many years,” he said, echoing opponents who argue the Conservatives aren’t telling the truth about Johnson’s “oven-ready” Brexit deal.

In spite of that, Soames says he believes Johnson, the man who ended his long political career, is still the best choice for the country — because the other option is too terrible to contemplate.

“The prospect of a Labour government led by a Marxist who wants to overthrow the established order in this country is more serious even than the effect of Brexit.”

The Liberal Democrats and their 39-year-old leader Jo Swinson had hoped to turn the negatives of both Johnson and Corbyn to their advantage, but the party’s campaign has struggled to gain traction. Pollsters show the party running a distant third.

On the eve of the vote, at a Christmas market in Romford, in north London, many voters reflected the split in the deeply polarized country.

“If Corbyn gets in, I’m outta here, because the country will be ruined,” said Tony Geery of Kent, who was there selling clothes.

But Dianne Masse, who was sitting just a few booths away, shared the opposite view:

“It’s all false promises with them [the Conservatives],” she said. “This country will never be great again, like it used to be.”

A big wild card for all of the parties on Thursday is the weather, which could affect voter turnout.

Britain’s first December election in 80 years is expected to be wet and chilly almost everywhere, with freezing temperatures forecast for most of Scotland. 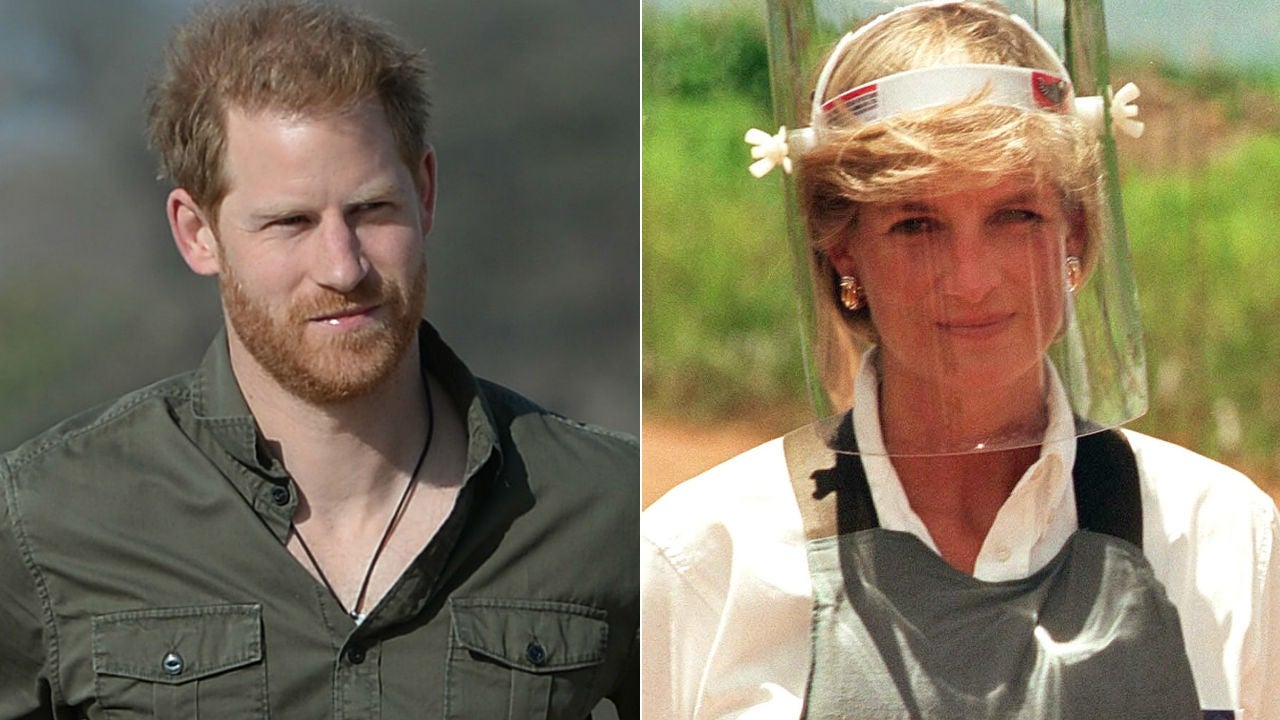 House Democrats who have read a secret whistleblower complaint involving U.S. President Donald Trump say it is “deeply disturbing,” while acting Director of National Intelligence Joseph Maguire is set to speak publicly for the first time about the document.

Democrats who are now mulling Trump’s impeachment are hoping that Maguire will explain why he withheld the intelligence community whistleblower’s complaint from Congress for weeks. Maguire will then go behind closed doors to speak to the Senate intelligence panel.

There were signs that the document, now at the centre of a firestorm about Trump’s handling of Ukraine, could be made public as soon as Thursday. Shortly before midnight on Wednesday, Utah Rep. Chris Stewart, a GOP member of the House intelligence committee, tweeted: “BREAKING NEWS: The whistleblower complaint has been declassified. I encourage you all to read it.”

He did not say when it might be released, and a spokesman for the panel did not return a request for comment. New York Rep. Hakeem Jeffries, a member of Democratic leadership, said Wednesday evening that he expects the complaint would be made public “sooner rather than later.”

The document was made available to members of House and Senate intelligence committees Wednesday after Maguire had initially determined they couldn’t see it. The complaint is at least in part related to a July phone call between Trump and Ukrainian President Volodymyr Zelensky in which Trump prodded Zelensky to investigate Democratic political rival Joe Biden. The White House released a rough transcript of that call Wednesday morning.

House Democrats emerging from a secure room would not divulge details of the classified document, but described it as disturbing and urgent. House intelligence committee chairman Adam Schiff, a Democrat from California, said it “exposed serious wrongdoing” and “certainly provides information for the committee to follow up with others.”

California Rep. Eric Swalwell told CNN that the whistleblower “laid out a lot of other documents and witnesses who were subjects in this matter.”

The complaint showed the whistleblower learned details of the call from White House officials, according to one person familiar with the complaint who was granted anonymity to discuss it.

Another such person said the lawmakers did not learn the identity of the whistleblower.

A Democratic member of the panel, Illinois Rep. Raja Krishnamoorthi, said the whistleblower “lays out the situation very logically” and “is both acknowledging the things that he or she knows and doesn’t know, which is a hallmark of a credible document.”

House Speaker Nancy Pelosi — who on Tuesday fully endorsed an impeachment investigation in light of the Ukraine revelations — and Senate Democratic Leader Chuck Schumer also viewed the complaint. Schumer said he is even “more worried” now than he was before reading it and “there are huge numbers of facts crying out for investigation.”

Most Republicans were quiet or defended the president as they left the secure rooms. But at least one Republican said he was concerned by what he had read.

“Republicans ought not to be rushing to circle the wagons and say there’s no ‘there there’ when there’s obviously a lot that’s very troubling there,” said Nebraska Sen. Ben Sasse, a GOP member of the Senate intelligence panel who has been an occasional critic of Trump. He added that “Democrats ought not be using words like ‘impeach’ before they knew anything about the actual substance.”

Trump, whose administration had earlier balked at turning over the complaint, said Wednesday afternoon that “I fully support transparency on the so-called whistleblower information” and that he had communicated that position to House Minority Leader Kevin McCarthy, a Republican from California.

Lawmakers said they needed to see the complaint, not just the memo about the call, as they investigate the president and whether his actions were inappropriate. Pelosi on Tuesday said that if Trump abused his presidential powers, it would mark a “betrayal of his oath of office.”

The unidentified whistleblower first submitted a complaint to Michael Atkinson, the U.S. government’s intelligence inspector general, in August. Maguire then blocked release of the complaint to Congress, citing issues of presidential privilege and saying the complaint did not deal with an “urgent concern.” Atkinson disagreed, but said his hands were tied.

Atkinson, who met privately with House lawmakers last week, will talk behind closed doors to the Senate intelligence panel Thursday.

The House and Senate committees have also invited the whistleblower to testify, but it is uncertain whether the person will appear and whether his or her identity could be adequately protected without Maguire’s blessing. Schiff said Wednesday morning that Maguire still had not provided any instructions on how that could happen.

The whistleblower is prepared to speak privately before the Senate and House intelligence committees but the person’s lawyers want to first ensure that they have the appropriate security clearances so that they can be present for any meeting, according to correspondence reviewed by The Associated Press.

“Legal representation is imperative in these matters,” Andrew Bakaj wrote in a letter Wednesday to Maguire.

A separate letter to Maguire from Schiff makes a similar request for “appropriate security clearances” for the lawyers. 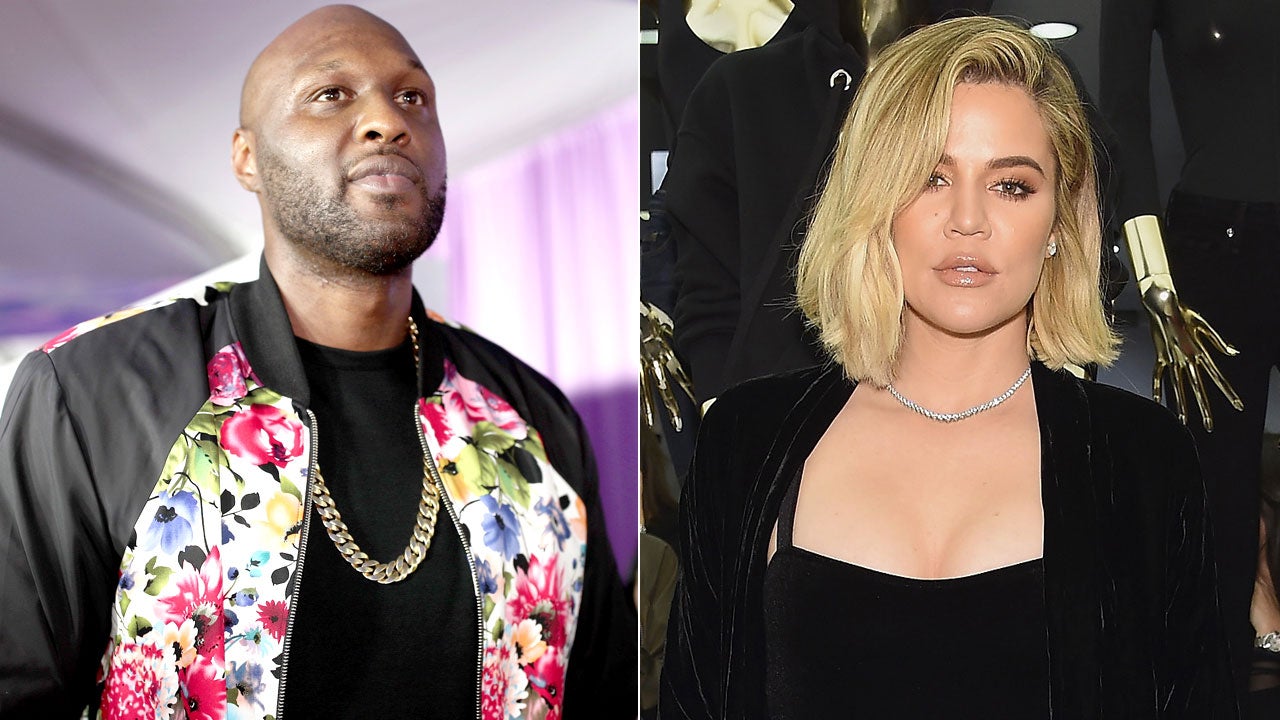