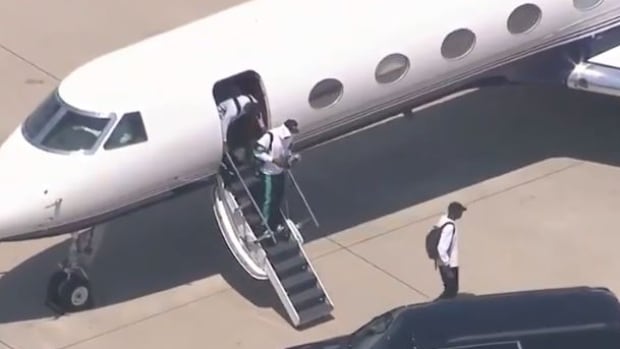 A private plane owned by the group that operates the Toronto Raptors landed Wednesday afternoon at Pearson International Airport in Toronto — and video footage leading people to speculate that Kawhi Leonard was one of the passengers on that plane.

The plane’s occupants boarded SUVs on the tarmac and were driven toward downtown Toronto, with at least one news helicopter airing their trip live even though it was not confirmed that Leonard was indeed in one of those vehicles.

Meanwhile, a large crowd was forming outside a posh downtown hotel where Raptors president Masai Ujiri had been spotted earlier in the day, with the assumption being that the hotel is where the meeting between Leonard and the team may be taking place.

Leonard is the top free agent whose decision about where to play next season remains unknown.