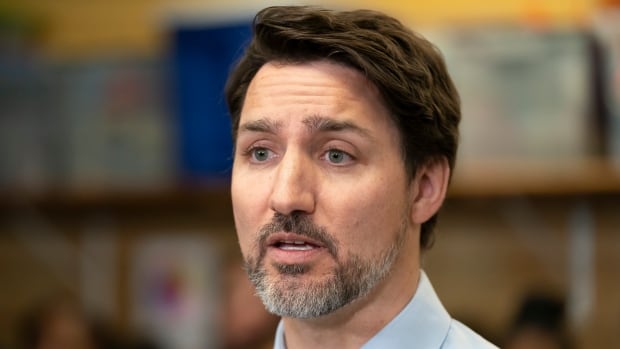 Canada’s approach differs from the protocols adopted by some of our closest allies.

U.S. President Donald Trump has claimed the United States is experiencing a low number of infections because it sealed its borders to travellers coming from outbreak-affected countries.

With approximately 100,000 CoronaVirus cases worldwide, and 3,280 deaths, the United States, because of quick action on closing our borders, has, as of now, only 129 cases (40 Americans brought in) and 11 deaths. We are working very hard to keep these numbers as low as possible!

Australian citizens and permanent residents from those countries can enter Australia, but will be required to self-isolate for two weeks.

Trudeau was asked today if Canada would take similar steps.

“We recognize there are countries that make different decisions. The decisions we make are based on the best recommendations of the World Health Organization (WHO) and the tremendous health experts who work within Canada and around the world,” he told reporters after an event in Toronto.

Prime Minister Justin Trudeau offers his opinion on how other countries choose to deal with the spread of COVID-19. 0:58

There are now 37 confirmed cases of COVID-19 in Canada: 13 in British Columbia, 22 in Ontario and two in Quebec.

Trudeau said the government’s approach is to inform Canadians on how best to protect their families, and to act on the advice of health experts to develop a response that is “active and up-to-date every step of the way.”

Conservative health critic Matt Jeneroux said the government should consider steps to contain the virus, such as more vigorous screening processes for people entering Canada, mandatory quarantines for those arriving from high-risk countries and suspension of incoming and outgoing flights from high-risk areas.

“These are some concrete measures that show Canadians and other countries that Canada is doing more than just depending on individuals to wash their hands often,” he said. “It’s critical for the government to be clear with Canadians on their plan to prepare for a possible outbreak and what next steps are being considered.”

During a briefing with reporters Wednesday, Canada’s Chief Public Health Officer Dr. Theresa Tam said again that sealing off borders is not an effective approach to containing the virus. She said border measures work better when they focus on educating travellers about the symptoms, and what they should do if they get sick.

To date, Canada has not imposed any travel bans. Instead, it’s asking travellers returning from Hubei, China — the epicentre of the outbreak — and Iran, where a significant outbreak has occurred, to self-isolate for two weeks after they arrive here.

“We believe that travellers and Canadians are quite sensitized, so they’re presenting to the health system in a very appropriate way, being fully alerted,” Tam said.

“It’s also a balance for the health system … There has to be some guidance as to how you triage patients going through the health system. The border actually is a great place to tell them which phone numbers to call to call ahead, so that your emergency rooms or your clinics are not inundated should you not be required to show up as well.”

As misinformation about the cause, spread and possible cures for COVID-19 runs rampant on social media sites, Facebook Canada today launched a pop-up in news feeds directing users to the Public Health Agency of Canada (PHAC) website. The pop-up also appears as the first result when people search for coronavirus on Facebook.

In a statement Friday, Facebook said it’s also removing content pushing false claims and conspiracy theories about the virus that have been debunked by WHO or other credible health experts.

“We’re focusing on claims where, if someone relies on the information, it makes them more likely to get sick or not get treatment,” says a statement from the social media giant. “This includes claims related to false cures or prevention methods — like drinking bleach cures the coronavirus — or claims that discourage treatment or create confusion about health resources that are available.”

On Wednesday, the Bank of Canada cut its key interest rate target by half a percentage point in response to what it called the “material negative shock” from the outbreak.

Today, Bank of Canada Governor Stephen Poloz suggested further cuts could be on the horizon as the COVID-19 situation evolves.

“While markets continue to function well, the bank will continue to ensure that the Canadian financial system has sufficient liquidity,” he said in a speech to a Toronto audience Thursday.

“And we continue to closely monitor economic and financial conditions, in close coordination with other G7 central banks and fiscal authorities.”