First came the deadly pandemic, then the economic meltdown, and now a third international crisis looms. It’s geopolitical, involving escalating tensions between the world’s existing and emerging superpowers: the United States and China.

This week’s feud about the World Health Organization is just one flashpoint in a rivalry intensifying on multiple fronts.

It only seems likely to escalate in this U.S. election year, as President Donald Trump drops hints that bashing Beijing will be a central campaign theme.

Polls suggest there’s deep anger in the United States against the Chinese government amid the COVID-19 pandemic, creating a potentially large audience for Trump’s message.

Trump is ripping foreign institutions and his election rival as China-friendly. Trump’s son and his former campaign manager are promoting calls to slap China with financial penalties.

A flood of bills introduced in the U.S. Congress would steer manufacturing of critical supplies away from China.

The countries are expelling each other’s media outlets.

U.S. President Donald Trump announced he would suspend funding to the World Health Organization pending a review of its handling of the COVID-19 pandemic while touting plans to restart the U.S. economy ‘soon.’ 2:03

The idea that Canada is immune to any fallout from their clashing is repudiated by recent history.

Canadians have already suffered human and economic costs for the country’s supporting role in a U.S.-China legal drama, and Ottawa is still under monumental pressure in its dilemma over allowing China’s Huawei into the 5G network.

Graham Allison is more worried than ever.

The founding dean of Harvard’s Kennedy School, he wrote a book three years ago about a terrifying pattern in world history: the likelihood of war when a new global power emerges to challenge the old order.

Allison examined the lessons of 16 such transformational moments in the last 500 years in Destined For War: Can America and China Escape Thucydides’ Trap.

His book argued that the U.S. and China were making the same mistakes that previously led to disaster, and it could get worse with nationalists leading both countries.

That was in 2017. Asked last week whether the countries are now closer to open hostility, Allison replied unequivocally: “You bet.”

He said in his frequent visits to Beijing and Washington decision-makers regularly ask what Thucydides, the ancient Greek military historian mentioned in his book’s title, might say today.

“My answer each time,” Allison said, “[is that] he’d say both parties [are] right on script, accelerating at a faster pace than he would have expected, towards what could be the grandest collision of all times.”

Memorials and demonstrations pop up all over China for Dr. Li Wenliang. The doctor from Wuhan tried to warn people about the coronavirus as early as late December. He was silenced by authorities, accused of “spreading rumours.” 2:04

Anger over the current pandemic stems from allegations that Beijing’s secretive behaviour made the initial outbreak worse.

The Associated Press reports that the Chinese government sat on evidence for a week about a possible pandemic, while punishing whistleblowers and reportedly restricting research in what international activists call China’s “Chornobyl moment.”

Many ordinary Chinese people share in this anger, judging from memorials and demonstrations around the country.

Under fire for his own inconsistent response to the crisis, Trump is seeking to tap some of that frustration.

Peter Navarro, whose job in the White House now involves procuring medical gear, was, before joining Trump, a China hawk in books and film.

He said the world’s mask shortage was made worse because the Chinese government bought hundreds of millions of them early, while the international community was “still sleeping” about the severity of COVID-19.

“That’s a significant discussion we need to have [with China], at least after this is all over,” Navarro told Fox News last week.

The Trump administration has a receptive audience for this message.

A new Harris poll finds overwhelming consensus in the U.S. that China is responsible for COVID-19. Ninety per cent of Republicans, 75 per cent of independents, and 67 per cent of Democrats agreed with that statement.

Trump’s campaign is now repeatedly swinging at former U.S. vice-president Joe Biden as soft on China; they say Biden’s son is profiting from relations with Beijing.

Biden’s campaign spokesperson pushed back by pointing to a glaring inconsistency in Trump’s message: the president personally praised China’s handling of the virus.

It’s one of many twists and turns in Trump’s own erratic messaging during this crisis.

Here’s Trump on February 10th on China and WHO.<br><br>”China is very professionally run in the sense that they have everything under control….we just sent some of our best people over there, World Health Organization and a lot of them are composed of our people. They’re fantastic.” <a href=”https://t.co/hcGWLphnrM”>pic.twitter.com/hcGWLphnrM</a>

International institutions are already being pulled into the feud.

The World Health Organization is just the latest. The U.S. has suspended WHO funding in the midst of the pandemic because it wants a review into whether it was too willing to cover for Beijing.

A former Canadian official who used to brief politicians about emerging threats on behalf of Canada’s intelligence agency lists international institutions as one of three areas likely to be impacted by China-U.S. hostility.

“There are no answers yet to any of these things. I don’t have a crystal ball,” said Stephanie Carvin, formerly of CSIS and now a professor at Carleton University’s Norman Paterson School of International Affairs.

“But these are the things I’ll be looking at.”

The Chinese government is working to build goodwill, doling out masks to other countries, including Canada, as the rest of the world scrambles for supplies.

And they’ve pointed out that the U.S. was hardly kept in the dark about the virus: it was notified in January, and even closed its Wuhan consulate on January 26.

They also accuse the U.S. of hypocrisy regarding free speech.

A Chinese foreign ministry spokeswoman raised the firing of U.S. Navy Capt. Brett Crozier after he sounded the alarm about a COVID-19 outbreak on his ship.

“By American values, he should be hailed as a hero instead of being punished, right?” said Chinese spokeswoman Hua Chunying.

“The comments by these few U.S. politicians are just shameless and morally repulsive.”

Watch: WHO defends its record on COVID-19

The World Health Organization has defended its handling of the coronavirus outbreak after President Donald Trump orders withdrawal of U.S. funding for the organization. 2:55

In the U.S., meanwhile, there’s now lots of talk about making China pay for the coronavirus — literally.

It includes a class-action suit in Florida, and reports that the U.S. government is considering legal action over alleged hoarding of medical gear.

One Washington-based trade analyst said the U.S. has a big decision to make, if it truly intends to decouple trade from China.

The decision in question: whether to rejoin other allies in the Asia-Pacific trade deal, said Eric Miller.

It could be another election issue — Trump withdrew from the TPP and Biden has talked about possibly rejoining.

One thing Miller is adamant about: U.S.-China relations will change.

“This marks the real breaking point that puts the U.S. and China on a definitive cold-war path. It had been coming for a while,” he said.

“There is a profound sense of anger in the United States … [A feeling that] China has to pay.” 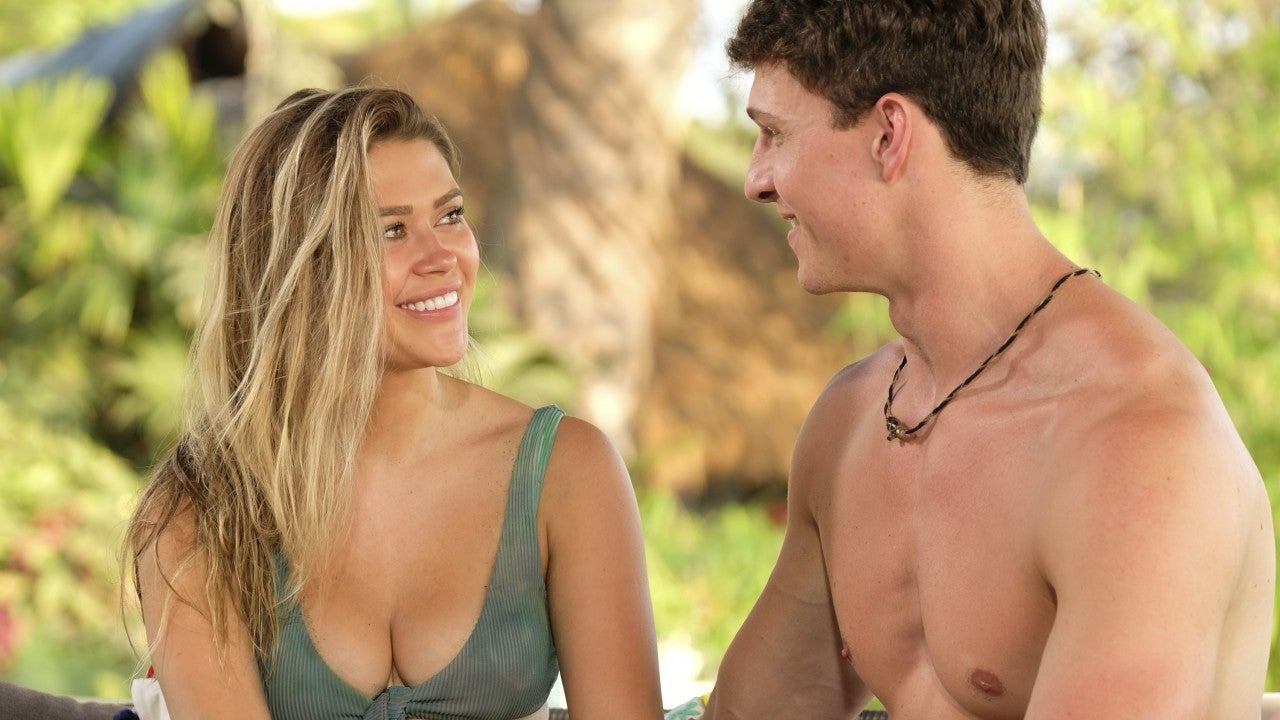 ‘Bachelor in Paradise’: One Man Shockingly Leaves the Show After Another Heartbreaking Split | Entertainment Tonight

When Intel launched Whiskey Lake and Amber Lake earlier this week, we noted that the CPUs were an exceedingly minimal refresh, with some new chipset features and higher single-core Turbo clocks, but precious little else. According to Intel’s briefing, which ExtremeTech attended, these small features constituted the only step forward for the SoCs. We thought this explained by the fact that Intel was never intending to drop another 14nm refresh in the first place.

It turns out that’s not the case. Credit for chasing down the situation goes to Anandtech. The new Whiskey Lake CPUs do contain some hardware mitigations for these security issues, though the Amber Lake CPUs do not. Anandtech has a new chart showing how the mitigations in Whiskey Lake compare to what’s coming for Cascade Lake later this year.

Most of the same fixes baked into Cascade Lake are also present in Whiskey Lake, though not the Variant 2 hardware fix that actually whacks performance the hardest in impacted systems. But consumer systems don’t tend to be as impacted by these changes — there are some cases of performance declines, but they aren’t enormous — and Whiskey Lake does offer at least some improved incremental protection and forward movement on these issues.

Also, Whiskey Lake is built on the same 14nm++ process node that Intel uses for Coffee Lake. This information also wasn’t disclosed in the original Intel briefing (we’ll update the original story) but this explains how the company managed to significantly raise turbo clocks in the mobile parts. In fact, it also gives us some optimism about the chances that the CPUs will hold those clocks over a longer period of time than we would’ve felt otherwise. On the whole, the Coffee Lake CPUs have featured higher clocks and turbos, and if Intel can squeeze some of that performance into smaller form factors, the result should be a larger (if still small, in absolute terms) increase in overall performance.

Amber Lake, in contrast, is still a Kaby Lake-class CPU built on 14nm+. Again, this makes sense. Coffee Lake explicitly gave back some low power optimization to improve its higher-end performance, and Amber Lake is a 5W CPU.

So there you have it. The amended version of Whiskey Lake has a few features and capabilities we weren’t previously informed of, and while they may not significantly impact your buying decisions, they’re details we would’ve liked to present earlier this week during the initial announcement.