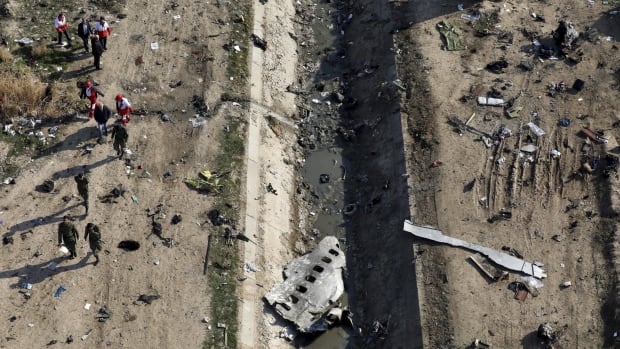 Iran’s civil aviation authority says an error by the Iranian military was the cause of Ukrainian Airlines Flight PS752’s destruction in January 2020.

In its long-awaited final report on the incident, released today, Iranian safety investigators conclude that the Boeing 737-800 passenger plane was shot down by accident after being “misidentified” by an air defence unit as a “hostile target.”

All 176 passengers and crew members — including 138 people with ties to Canada — died in the crash.

“The interference of military activity with civil aviation operations resulted in an accident.”

Investigators identified the immediate cause of the crash as the detonation of a warhead on the first of two surface-to-air missiles fired in close proximity to the plane. The explosion damaged the aircraft’s navigation systems and caused it to crash. The plane exploded on impact.

The report, conducted by Iran’s Aircraft Accident Investigation Board, bolsters the Iranian government’s claim that the plane was shot down as a result of human error — but it leaves unanswered many questions raised by the Canadian government and the families of the victims.

Canada’s Transportation Safety Board said it has received the final report and senior officials will respond at a press conference Thursday morning.

Iran denied shooting down the aircraft for three days after the crash. In response to mounting international pressure and evidence, Iran later admitted a unit of the Islamic Revolutionary Guard Corps “mistakenly” shot down the jet.

The Iranian military was on high alert at the time because of the assassination of Iranian Gen. Qassem Soleimani by a U.S. drone strike five days earlier, and a subsequent retaliatory attack by Iran on Iraqi bases where U.S. forces were stationed.

In a video posted to Facebook, Ukraine’s foreign minister blasted the investigation as incomplete and biased.

“What we saw published today is just a cynical attempt to hide true causes of the downing of our passenger aircraft,” Dmytro Kuleba said, according to an English translation.

“This is not a report but a collection of manipulations aimed not at establishing the truth, but acquitting the Islamic Republic of Iran.”

Kuleba said the investigation violated standards set out under international law and by the International Civil Aviation Organization (ICAO).