A California jury on Friday found Monsanto liable in a lawsuit filed by a man who alleged the company's glyphosate-based weed-killers, including Roundup, caused him cancer and ordered the company to pay $ 289 million US in damages.

The case of school groundskeeper Dewayne Johnson was the first lawsuit alleging glyphosate causes cancer to go to trial. Monsanto, a unit of Bayer AG following a $ 62.5 billion acquisition by the German conglomerate, faces more than 5,000 similar lawsuits across the United States.

The jury at San Francisco's Superior Court of California deliberated for three days before finding that Monsanto had failed to warn Johnson and other consumers of the cancer risks posed by its weed killers.

It awarded $ 39 million in compensatory and $ 250 million in punitive damages.

Monsanto in a statement said it would appeal the verdict. "Today's decision does not change the fact that more than 800 scientific studies and reviews… support the fact that glyphosate does not cause cancer, and did not cause Mr. Johnson's cancer," the company said. 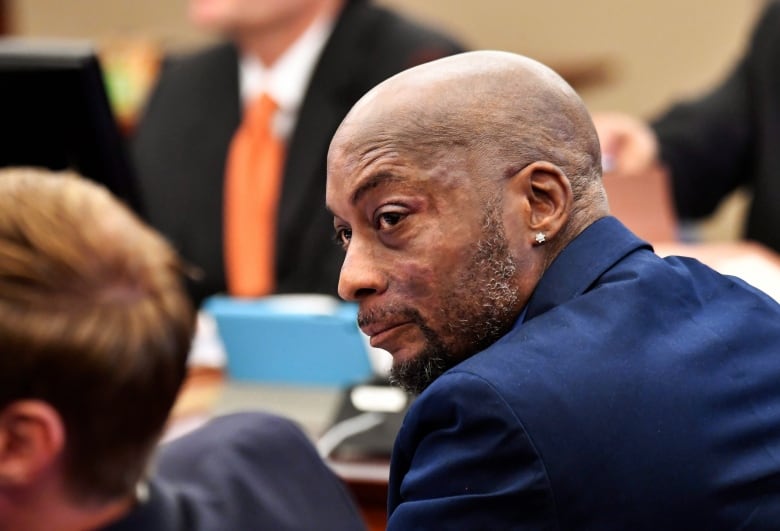 DeWayne Johnson's case, filed in 2016, was fast-tracked for trial due to the severity of his non-Hodgkin's lymphoma, a cancer of the lymph system that he alleges was caused by Roundup and Ranger Pro, another Monsanto glyphosate herbicide. (Josh Edelson/Pool Photo via AP)

Monsanto denies that glyphosate, the world's most widely used herbicide, causes cancer and says decades of scientific studies have shown the chemical to be safe for human use.

Johnson's case, filed in 2016, was fast-tracked for trial due to the severity of his non-Hodgkin's lymphoma, a cancer of the lymph system that he alleges was caused by Roundup and Ranger Pro, another Monsanto glyphosate herbicide. Johnson's doctors said he is unlikely to live past 2020.

A former pest control manager for a California county school system, Johnson, 46, applied the weed killer up to 30 times per year. 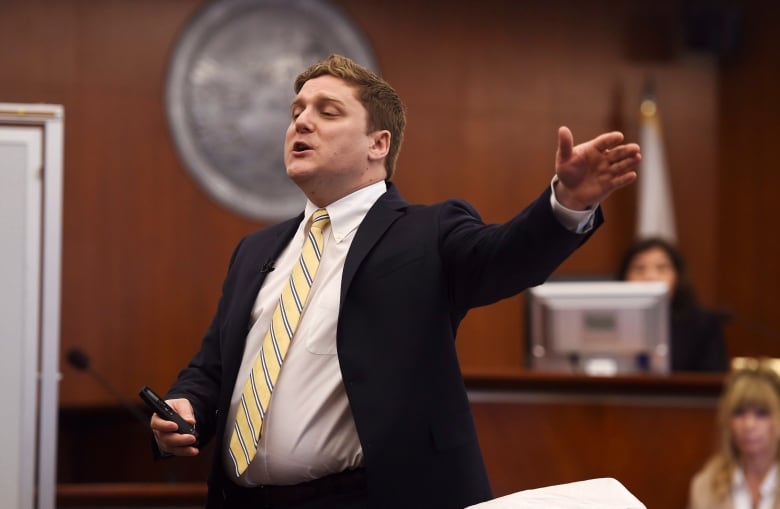 Brent Wisner, a lawyer for Johnson, in a statement said jurors for the first time had seen internal company documents "proving that Monsanto has known for decades that glyphosate and specifically Roundup could cause cancer." He called on Monsanto to "put consumer safety first over profits."

Over the course of the four-week trial, jurors heard testimony by statisticians, doctors, public health researchers and epidemiologists who disagreed on whether glyphosate can cause cancer.

A large long-term study on the use of the big-selling weedkiller glyphosate by agricultural workers in the United States has found no firm link between exposure to the pesticide and cancer, scientists said on Thursday.

Published in the Journal of the National Cancer Institute (JNCI), the study found there was no association between glyphosate, the main ingredient in Monsanto’s popular herbicide RoundUp, “and any solid tumours or lymphoid malignancies overall, including non-Hogkin Lymphoma (NHL) and its subtypes”.

It said there was “some evidence of increased risk of acute myeloid leukemia (AML) among the highest exposed group”, but added this association was “not statistically significant”.

The findings are likely to impact legal proceedings in the U.S. against Monsanto, in which more than 180 plaintiffs are claiming exposure to RoundUp gave them cancer — allegations that Monsanto denies.

The findings may also influence a crucial decision due by the end of the year on whether glyphosate should be re-licensed for sale across the European Union.

EU countries had been due to vote on the issue on Thursday, but again failed to agree to a proposal for a five-year extension. 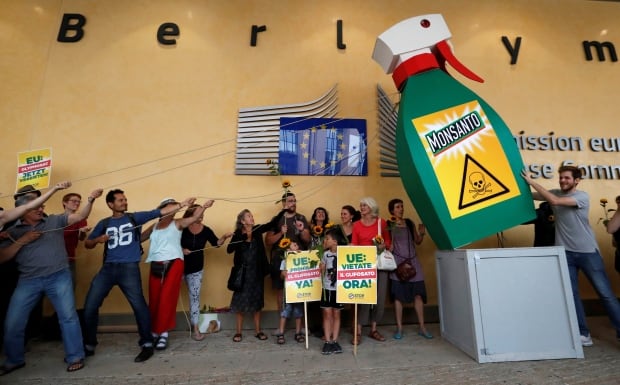 People pull a model of a Roundup weedkiller atomizer during a protest against a planned $ 66 billion US takeover of U.S. seeds company Monsanto by Bayer, outside the European Commission headquarters in Brussels on July 19. (Yves Herman/Reuters)

The EU decision has been delayed for more than a year after the World Health Organization’s International Agency for Research on Cancer (IARC) reviewed glyphosate in 2015 and concluded it was “probably carcinogenic” to humans. Other bodies, such as the European Food Safety Authority, have concluded glyphosate is safe to use.

The research is part of a large and important project known as the Agricultural Health Study (AHS), which has been tracking the health of tens of thousands of agricultural workers, farmers and their families in Iowa and North Carolina.

Since the early 1990s, it has gathered and analysed detailed information on the health of participants and their families, and their use of pesticides, including glyphosate.

David Spiegelhalter, a professor of the Public Understanding of Risk at Britain’s Cambridge University who has no link to the research, said Thursday’s findings were from a “large and careful study” and showed “no significant relationship between glyphosate use and any cancer”. 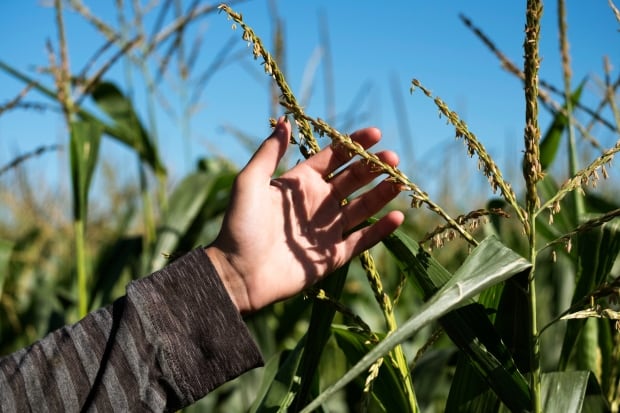 He added that the possible association with AML “is no more than one would expect by chance” and was not a concern.

Reuters reported in June how an influential scientist was aware of new AHS data while he was chairing a panel of experts reviewing evidence on glyphosate for the International Agency for Research on Cancer (IARC) in early 2015.

But since it had not at that time been published, he did not tell the expert panel about it and IARC’s review did not take it into account.

The publication of the study on Thursday comes more than four years since drafts based on the AHS data on glyphosate and other pesticides were circulating in February and March 2013.

In a summary of the results, the researchers, led by Laura Beane Freeman, principal investigator of the AHS at the U.S. National Cancer Institute, said that among 54,251 (pesticide) applicators studied, 44,932, or 82.9 per cent, used glyphosate. 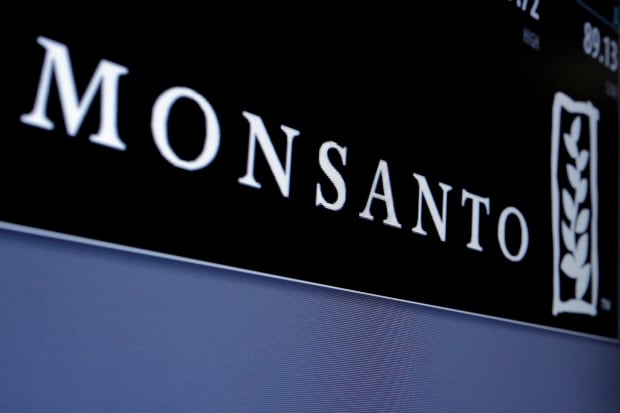 “Glyphosate was not statistically significantly associated with cancer at any site,” the summary said.

“This is the largest study of agricultural workers in history, over the longest period of time,” he told Reuters. “It is the gold standard,… and it definitively demonstrates in a real-world environment that glyphosate doesn’t cause cancer.”