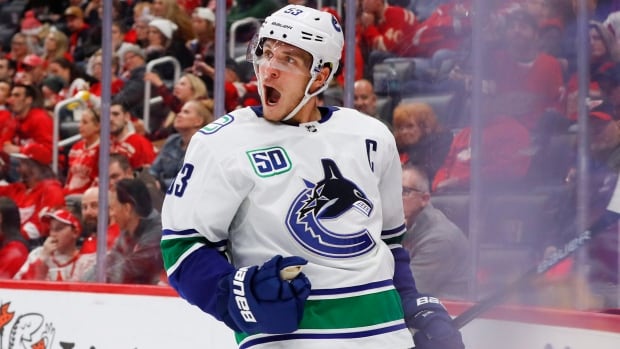 He knew it wasn’t going to be easy, but Vancouver Canucks captain Bo Horvat had no idea how hard it was going to be.

Horvat returned to Vancouver Sunday, a week after his wife Holly gave birth to the couple’s first child, Gunnar John Horvat. Horvat is preparing for the Canucks training camp to open Monday while his wife and son remain in Ontario.

“I’m not going to lie, it’s not easy to leave your newborn,” Horvat said during a video conference Thursday. “I only got to be part of it for a week, but it was the best week of my life. We’re really happy to have the little man in our life.

“I knew it was going to be tough, but you don’t know until it actually happens. Leaving Sunday was probably one of the toughest things I’ve ever had to go through, leaving your family behind.”

Adding to Horvat’s angst is the uncertainty of when he might see his family again.

The league took one step closer to returning with a tentative agreement on its return to play plan and CBA extension. Rob Pizzo breaks down the deal.  2:01

The Canucks are one of 24 teams playing in the NHL’s Stanley Cup tournament, with the opening rounds expected to be split between Edmonton and Toronto.

The Canucks will travel to one of the hub cities July 26 and the first round of the playoffs begin Aug. 1.

Vancouver will face the Minnesota Wild in a best-of-five opening round series.

Like any player, Horvat is focused on winning a Stanley Cup – but that is a double-edged sword. The deeper the Canucks go in the playoffs, the longer he will be separated from his wife and new child.

League says more than 1,450 tests have been given to 250 players since Phase 2 of its return-to-play protocol started June 8. 4:20

The Stanley Cup winner isn’t expected to be decided until October.

“I’m not going to sugarcoat it, it’s not going to be easy,” said Horvat, who had 22 goals and 31 assists in 69 games with Vancouver before the league paused the season March 12 due to concerns over COVID-19. “At the same time, at the beginning of the year we set out a goal to make the playoffs and have a chance at the Stanley Cup, and we have that.

“If I’m going to be away from my family … I want to go all the way. I want to try to win this thing so it’s not just a waste of time and being away form my family for no reason. Hopefully by the end of this I will be putting him in the Stanley Cup.

Refusal to opt out

Some players in the NBA, Major League Baseball and Major League Soccer have decided not to return to their teams for health or personal reasons. It’s something Horvat never considered.

For the time being, Horvat has to be content communicating with his family on Facetime.

“They are probably getting sick of me by now,” he joked. “Hopefully they won’t forget me.”

Unlike most new fathers, Horvat is also enjoying a full night’s sleep.

“My wife curses me out pretty much every day for that,” he said. 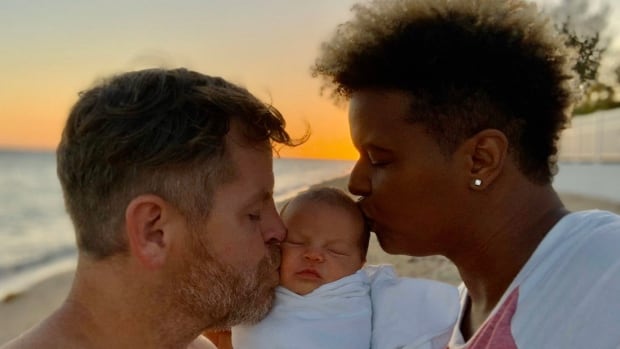 It was bigger than any moment or game through her 17 years as a goalkeeper for the Canadian national women’s soccer team.

Karina LeBlanc was returning to her home in the Bahamas from her second hospital visit in a little more than a week after giving birth to her first child on March 24, only this time she would have to spend 14 days in self-isolation after doctors feared she contracted the coronavirus during her two-night stay.

“For so long, my life was about the game of soccer and all of a sudden this was so much bigger than a game. It was life and death,” LeBlanc recalled about the night her husband Jason Mathot drove to the hospital while his wife struggled to breathe sitting alongside their daughter, Paris. LeBlanc was unaware she was experiencing heart failure.

“As athletes, we know our bodies, and I knew something was off,” she said. “I went from struggling to breathe to, ‘Oh my God, am I going to die?’ Am I going to see Paris grow up?’ I was overloaded with fear.”

The 2x Olympic goalkeeper opens up about her incredible story after the birth of her first-born. 6:34

After a CT scan, doctors told the 40-year-old LeBlanc she had pleural effusion, or an unusual amount of fluid around the lungs, brought on by heart failure. Pleura are thin membranes that line the lungs and inside of the chest cavity and act to lubricate and facilitate breathing.

With the Bahamas in lockdown due to the pandemic, Jason spent the next four hours with a quiet Paris in the hospital parking lot before heading home after learning his wife would be staying in hospital.

“I got a taste of her and then it was gone,” LeBlanc, who is American-Canadian, told Jacqueline Doorey of CBC Sports during a Zoom call on Monday.

Parenting with husband through FaceTime

While Paris’ voice tugged at her mother’s emotions as she lay in bed after returning home, LeBlanc quickly realized the difficulties of coping with the situation. She would cry because of the hormones, watching her daughter through glass in a door, unable to get overly emotional as a rise in blood pressure could mean another trip to the hospital.

To keep occupied, she wrote her thoughts in a journal and parented with Jason through FaceTime.

“It was difficult, but a lot of strength came from my faith and from other people reaching out,” said LeBlanc, who had a strong support group, led by Jason — whom she married in October 2016 — along with family and former teammates.

“Writing a journal [is] what got me through a lot of this because in the first couple of days I was emotional. The days felt like 80 hours and I was just trying to find my happy medium.”

On April 17, LeBlanc and her daughter were reunited after 17 days. Holding Paris again, she noted, was so powerful, the “best moment.”

She just makes me smile…<br><br>And she loves my singing too 🥰Probably the only person in this world. <br><br>Wanted to share and hope it makes you smile as many of you have done for us throughout this journey. <br><br>Find a reason to smile today! <a href=”https://t.co/08Dk4d2NnB”>pic.twitter.com/08Dk4d2NnB</a>

A two-time Olympian who won a bronze medal in 2012 at the London Games, LeBlanc believes she battled the virus to be stronger and “I’m stronger for the next chapter in my life, whether that’s for motherhood or for me to share [my] story again.”

‘Paris has been our light’

Jason, a midfielder in his soccer-playing days, was “blown away” by how Paris took to her mom immediately upon reconnecting.

“There was no hesitation,” he said. “It was an immediate connection, and beautiful to watch.”

Jason Mathot, also a Team Canada soccer veteran, on first days raising daughter alone and their reunion. 2:37
“Paris has been our light,” added LeBlanc, who was named to the Canada Soccer Hall of Fame on Feb. 5. “I hope a lot of people have a Paris in their life to make them smile through this [pandemic] and be happy.”

During last year’s women’s World Cup in France, LeBlanc was based in Paris for 45 days as an analyst with Fox Sports and decided to name her first child after the capital city.

“It’s among [Jason and my] top-three favourite cities to travel and that’s where she was conceived,” said LeBlanc, who won 110 caps for Canada and retired in 2015 as the second-longest serving member of the women’s national team. “It was a World Cup showing the strength of women, the power of women and what women can do in this world. We want her to believe she can do anything.

“I’m moving forward wanting to be the best version of myself for [Paris] so she sees a woman that makes her proud. I want her to say, ‘That’s what a woman should be’ and she surpasses that.” 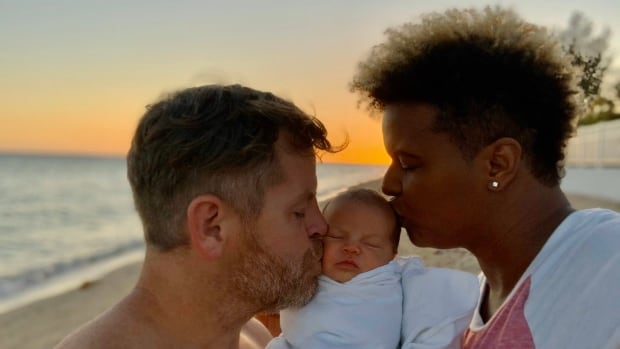 In an emotional video posted to Twitter, longtime Canadian women’s soccer goalkeeper Karina LeBlanc says she was potentially exposed to the COVID-19 virus in hospital, shortly after giving birth to her newborn daughter.

LeBlanc announced the birth of her daughter, Paris, on March 24.

After coming home from the hospital, LeBlanc said she was dealing with some breathing problems as a result of heart failure, and had to return to the hospital. While there, she believes she may have been exposed to the COVID-19 virus.

LeBlanc is currently in self-quarantine at home, and unable to see her daughter or husband.

Asking for your prayers as it’s been a difficult few days since giving birth.<br><br>Rushed to the hospital from breathing issues which was a plueral effusion brought on by heart failure. <br>Possible exposure to covid-19 at hospital so now I am self quarantined from my baby girl/hubby😢 <a href=”https://t.co/DmlcXPqOc2″>pic.twitter.com/DmlcXPqOc2</a>

“I’ve had a difficult last couple of days. We gave birth to baby Paris just over a week ago which was amazing. She is happy and healthy,” LeBlanc said. “But, after getting home from the hospital, I noticed some shortness of breath and just some weird things going on with my body. I called my doctor after a couple days and it turned out I had pleural effusion from heart failure. Which, thank God we went to the hospital.

“But because I was in the hospital for two additional nights there was a COVID-19 passing and I could’ve … had exposure so I’m home now,” she continued. “But, self-quarantined in a room where I’m separated from Paris and my husband so I can’t hold her, touch her, put her down for bed at night which is really difficult for a mom who has just given birth.”

Currently, LeBlanc said she will be in self-isolation for another 11 days as of April 5, and is asking people for their prayers.

LeBlanc, who is American-Canadian, played in goal for Canada from 1998-2015 where she anchored the team to a 2011 Pan-Am gold medal.

The now 40-year-old announced her retirement from soccer following the conclusion of the 2015 FIFA Women’s World Cup. 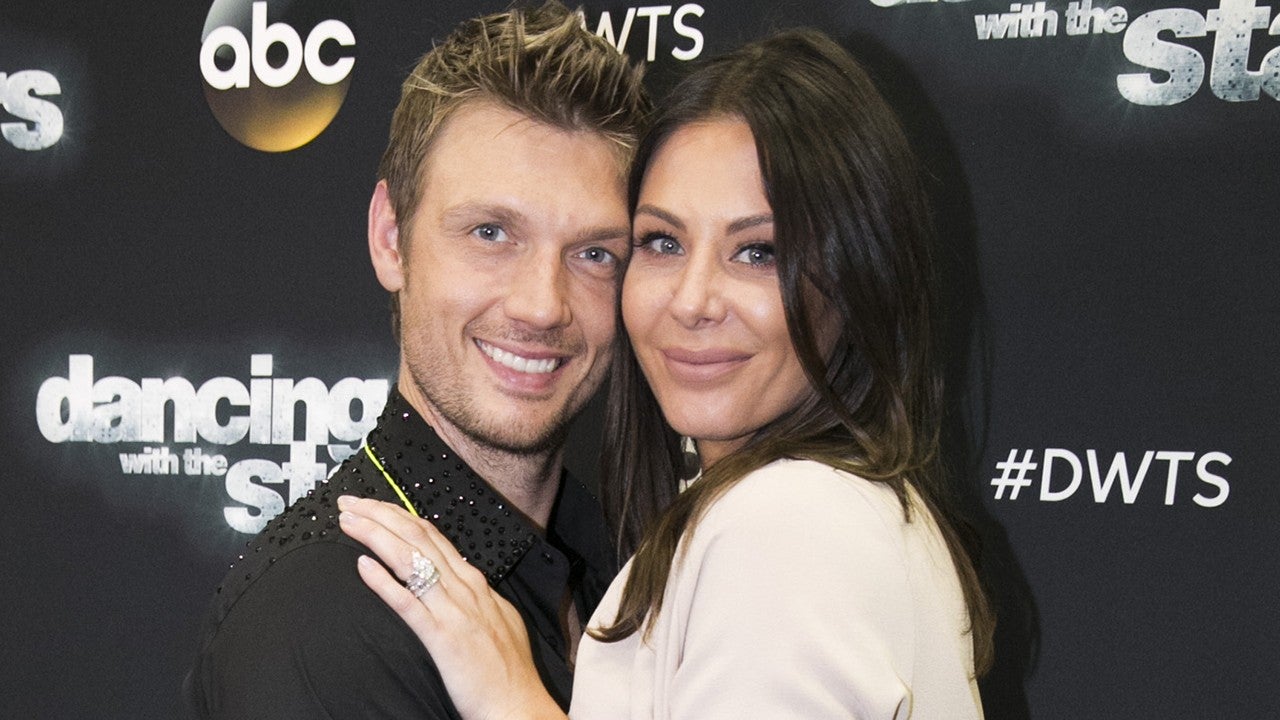 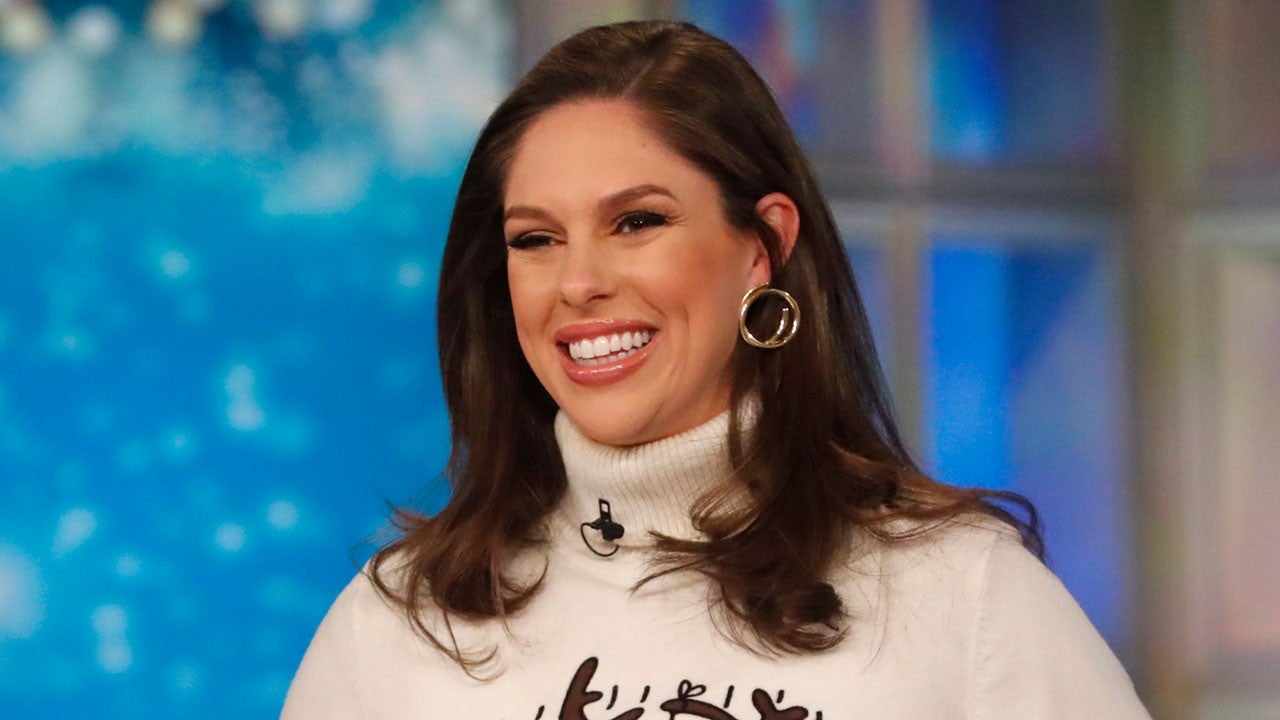 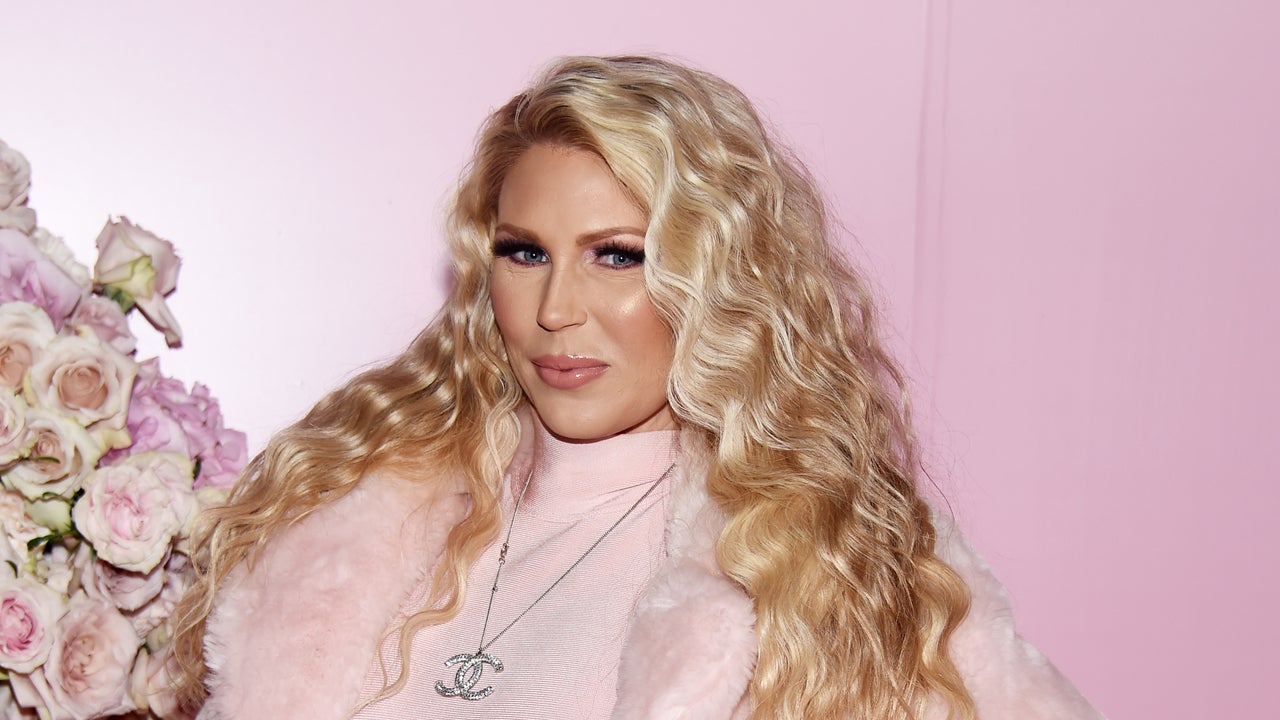 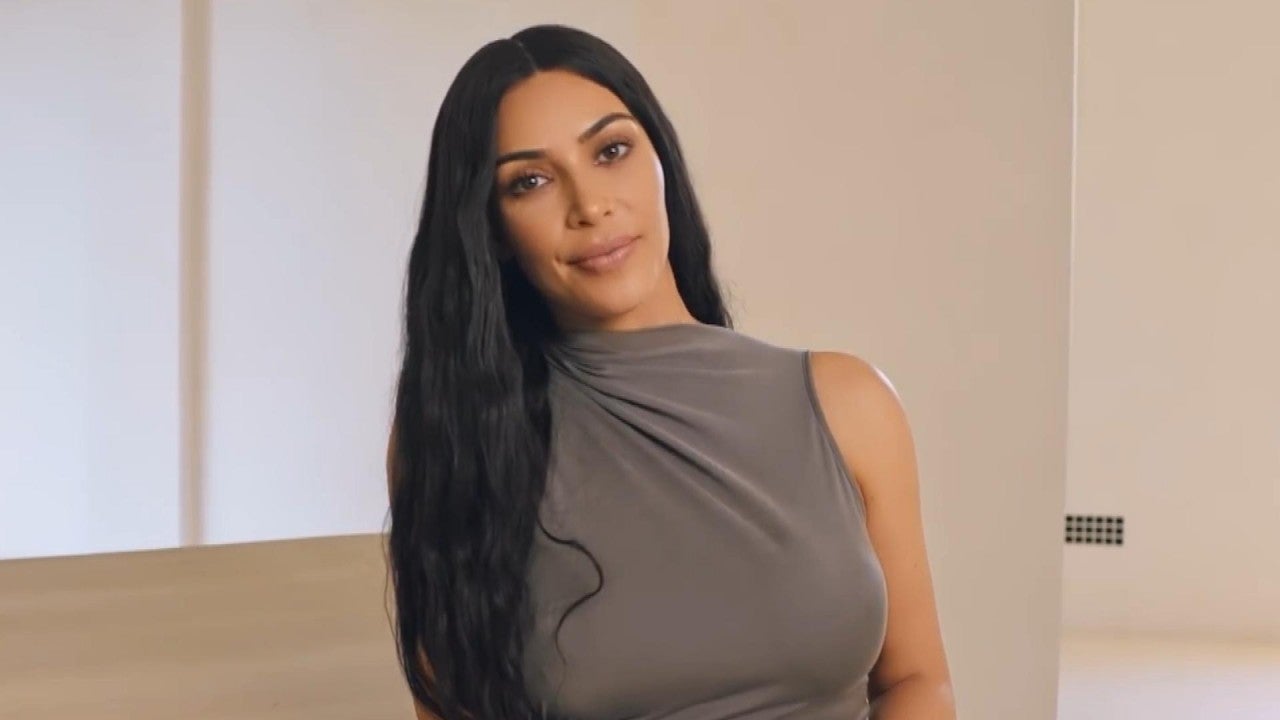 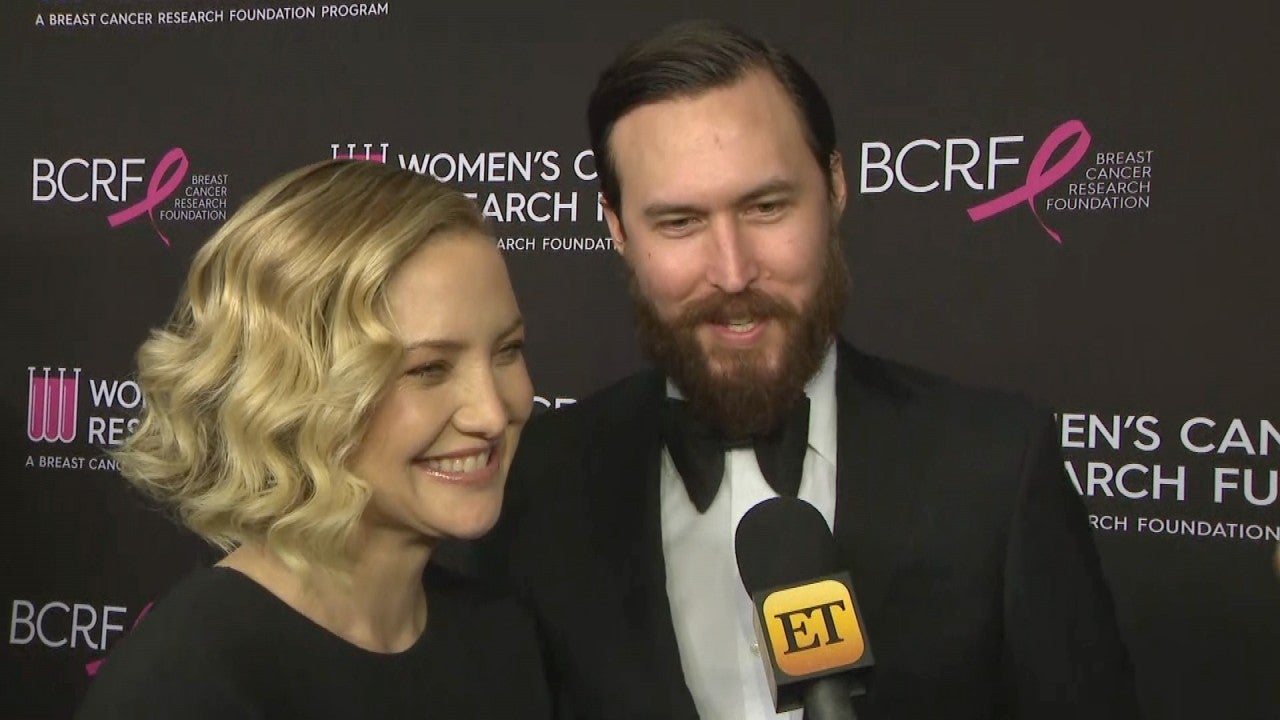 Tyler Baltierra Shares First Photo of His and Catelynn Lowell's Newborn Daughter: 'Love You So Much' | Entertainment Tonight

Norman Reedus is a proud dad!

The Walking Dead star took to Instagram on Monday to share the first photo of his and Diane Kruger‘s baby girl. The couple, who have been extremely private about their personal lives, welcomed their daughter in November, and have yet to share her name with fans.

Reedus, however, posted a small glimpse at the newborn in Monday’s pic, sharing a snap of himself holding his daughter’s tiny hand. “A lot to be thankful for this year. ❤️ this one especially,” the actor captioned the shot, before giving a shout-out to Kruger, as well as his ex-girlfriend, Helena Christensen, and their 19-year-old son, Mingus. “Love u Diane Mingus @helenachristensen Happy family 😎.”

Both Kruger and Christensen commented on the pic, sending their love, while Reedus’ Walking Dead co-star, Alanna Masterson, joked about being left out.

Kruger gushed over preparing for her daughter’s first Christmas while speaking with ET at the Welcome to Marwen premiere earlier this month.

“It will be special. Baby’s first Christmas,” she said. “We just moved into a new home, and so yeah, we just want to be home and light a fire.”

“I already am [emotional]. Everyday is special, you know, I am actually being emotional being away from her for the first time, so I am looking forward to coming home,” Kruger expressed. “But I love Christmas and I just want to be cooking and, you know, sit on the couch with my baby and my man.”