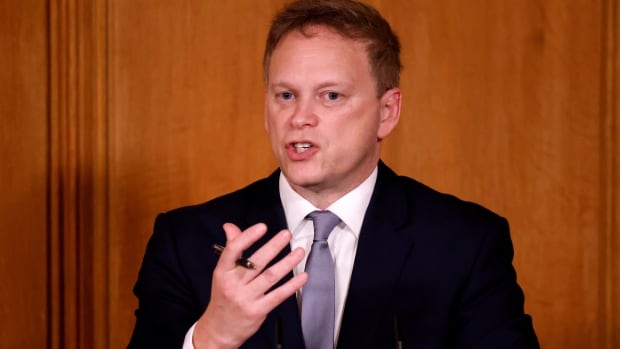 A Brazilian variant of the coronavirus is significant enough to justify stopping flights from South America as a precaution, British Transport Secretary Grant Shapps said on Friday, as a leading scientist said it had been detected in Britain.

Britain will ban arrivals from South American countries and Portugal because of concerns over the new Brazilian variant.

The Brazilian variant shares some characteristics with those found in Britain and South Africa, which are believed by scientists to be more transmissible but not to cause more severe disease.

“As with the variant that we saw in Kent [southern England] or the one in South Africa, it’s significantly enough of interest to us just to take this precautionary approach of stopping all those flights from Brazil [and] South America,” Shapps told Sky News.

“Our scientists aren’t saying that the vaccine won’t work against it … [but] we do not want to be tripping up at this last moment [of vaccine rollout], which is why I took the decision as an extra precaution to ban those flights.”

Vallance on Wednesday said there wasn’t evidence vaccines wouldn’t work but said the Brazilian variant was more of a risk and “we don’t know” if it would affect the immune response.

A leading British virologist said the Brazilian variant had been traced in Britain.

“There are two different types of Brazilian variants and one of them has been detected [in the U.K.] and one of them has not,” Wendy Barclay, virologist at Imperial College London, told journalists, adding it was “early days” in the understanding of the variants.

Along with U.K. and South African variants, the Brazilian variant is “of concern” and would be “traced very carefully,” she said.

British Prime Minister Boris Johnson was admitted to hospital for tests on Sunday in what Downing Street said was a “precautionary step” because he was showing persistent symptoms of coronavirus 10 days after testing positive for the virus.

Johnson, who was isolating in Downing Street after testing positive last month, still had a high temperature and so his doctors felt he should go to hospital for tests. He remains in charge of the British government, his Downing Street office said.

“On the advice of his doctor, the prime minister has tonight been admitted to hospital for tests,” Downing Street said.

“This is a precautionary step, as the prime minister continues to have persistent symptoms of coronavirus 10 days after testing positive for the virus.”

News of his hospitalization came only an hour after Queen Elizabeth delivered a rallying call to the British public saying they would overcome the coronavirus outbreak if they stayed resolute.

Johnson, 55, on March 27 became the first leader of a major power to announce that he had tested positive. He went into isolation at an apartment in Downing Street and said on Friday he was staying there as he still had a high temperature.

“Although I’m feeling better and I’ve done my seven days of isolation, alas I still have one of the symptoms, a minor symptom, I still have a temperature,” a weary-looking Johnson, sitting in a chair with his shirt open at the neck, said in a Twitter video message on Friday.

Downing Street underscored that this was not an emergency admission and that Johnson remains in charge of the government.

Johnson has faced criticism in the United Kingdom for initially approving a much more modest response to the novel coronavirus outbreak than other major European leaders.

But he swiftly changed tack when projections showed a quarter of a million people could die in the U.K.

He effectively shuttered the world’s fifth-largest economy, advising people to stay at home and the elderly or infirm to isolate themselves for weeks.

But the virus penetrated the British government. Johnson and his health minister tested positive last month and his chief medical adviser also self isolated.

Carrie Symonds, Johnson’s 32-year-old pregnant fiancée, said on Saturday that she had spent the past week in bed with symptoms of the novel coronavirus but after seven days of rest felt stronger and was on the mend.

“The prime minister thanks NHS staff for all of their incredible hard work and urges the public to continue to follow the government’s advice to stay at home, protect the NHS and save lives,” Downing Street said.

The United Kingdom’s death toll from the coronavirus rose by 621 to 4,934 the health ministry said on Sunday. A total of 195,524 people had been tested of which 47,806 tested positive. 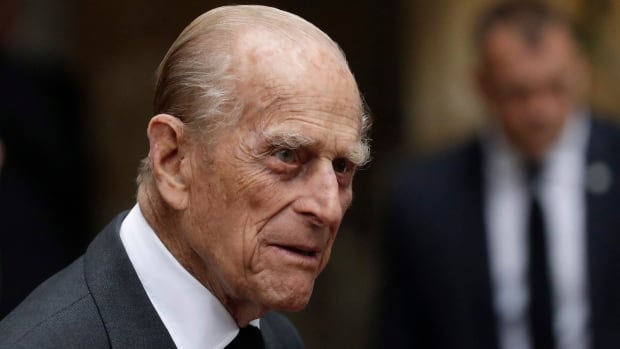 Prince Philip, the 98-year-old husband of Queen Elizabeth, was taken to a hospital in London on Friday as a “precautionary measure” for treatment for a pre-existing condition, Buckingham Palace said on Friday.

“The Duke of Edinburgh travelled from Norfolk this morning to the King Edward VII Hospital in London for observation and treatment in relation to a pre-existing condition,” the palace said in a statement.

“The admission is a precautionary measure, on the advice of his royal highness’s doctor.”

Philip, who has been at his wife’s side throughout her record 67 years on the throne, retired from public life in August 2017, although he has occasionally appeared at official engagements.

He has not been seen in public since the wedding of Elizabeth’s first cousin once removed, Gabriella Windsor, in May at Windsor Castle, local media reported.

The Queen, 93, carried out the official opening of Parliament on Thursday and Philip’s illness did not disrupt her plans. She was pictured arriving in Norfolk on Friday before heading to Sandringham, where the Royal Family traditionally gathers for Christmas.

Philip spent Christmas in 2011 in hospital after an operation to clear a blocked artery in his heart and missed the end of celebrations to mark his wife’s 60th year on the throne in 2012 after being hospitalized with a bladder infection.

In January this year, he escaped unhurt when his Land Rover car flipped over after a collision with another car close to the royals’ Sandringham estate in Norfolk.

Buckingham Palace said soon after that the duke had voluntarily surrendered his licence “after careful consideration.”

Elizabeth has described Philip — they married at London’s Westminster Abbey in 1947 — as her “strength and stay” during her long reign. They celebrated their 72nd wedding anniversary in November.