The co-owners of the Whitecaps professional soccer team have posted an apology expressing their “sincere regret and empathy” for the harm experienced by the women who levelled allegations of abuse at a former coach who worked at the club in 2008.

In the letter, co-owners Greg Kerfoot and Jeff Mallett say they acted on the advice of the “best available counsel at the time.”

Last month, 12 former members of the 2008 women’s Whitecaps and national women’s under-20 squads issued a public statement saying each of them witnessed “incidents of abuse, manipulation, or inappropriate behaviour” by head coach Bob Birarda in 2007 and 2008, when he was in charge of both teams.

In a timeline outlined Wednesday by the Whitecaps co-owners, they say the club received a complaint from a player on May 23, 2008. It then hired an independent ombudsperson to investigate the complaint.

Went on to coach girls teams

Birarda went on to coach the U-20 Women’s National Team that summer, where the Whitecaps co-owners say further complaints were made against him. The same ombudsperson was called in to investigation the allegations.

Eventually, six weeks before the U-20 Women’s World Cup in Chile, on Oct. 8, 2008, Canada Soccer and the Whitecaps terminated Birarda’s contract.

CBC has asked Canada Soccer and the Whitecaps to see the independent investigator’s report into Birarda’s behaviour but has not yet received a reponse. 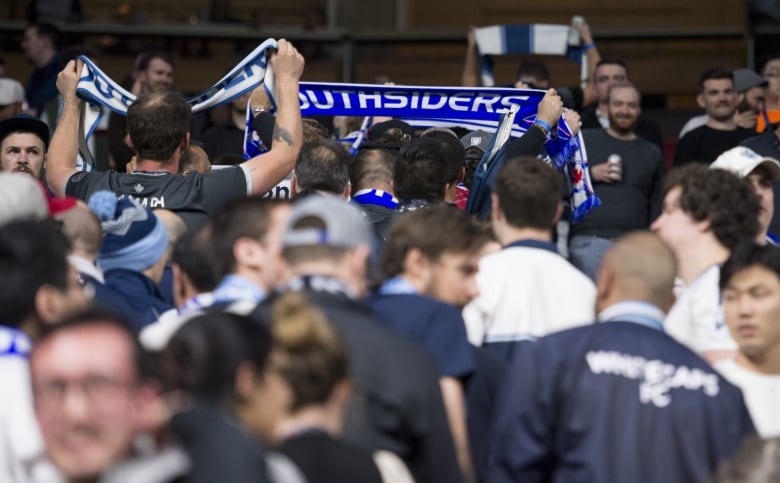 Vancouver Whitecaps FC fans, better known as the Southsiders, walk out of the match between Vancouver and Los Angles Football Club during the first half of MLS soccer action in Vancouver, B.C. on April, 17, 2019. (Jonathan Hayward/Canadian Press)

Birarda went on to coach teenage girls at the Tsawwassen Soccer Club, and later at South Surrey’s Coastal FC until February of this year when the allegations against him were published in a widely-read player’s blog that alleged sexual harassment and inappropriate behaviour from a coach in 2008.

Kerfoot and Mallett said they will be reviewing the actions taken by the organization 11 years ago “to determine what we can learn from them going forward.” They say an independent review of the current Whitecaps operations will also be conducted.

Since the first blog post, additional allegations have been made. The Whitecaps owners say they have reported these allegations to the Vancouver Police Department, and are in communication with investigators.

CBC has not independently verified the claims made by the players. Birarda has not replied to multiple requests from CBC for an interview concerning the allegations.

A tweet from Ciara McCormack, a former Whitecaps player who published the viral blog post, expressed disappointment in the letter.

“Initial personal reaction to WFC letter: No sincerity, no accountability + many, many unanswered questions remain. Not to mention it’s taken 2 months since the blog, 2 fan walk-outs + 10,000 person drop in fan attendance to even have this addressed. Not even close 2 good enough,” the tweet read.

Initial personal reaction to WFC letter: No sincerity, no accountability + many, many unanswered questions remain. Not to mention it’s taken 2 months since the blog, 2 fan walk-outs + 10,000 person drop in fan attendance to even have this addressed. Not even close 2 good enough.

The Southsiders, the Vancouver Whitecaps’ oldest supporters group, tweeted they were carefully reviewing the letter before commenting.

Earlier this month, the group staged a walkout during a Whitecaps match in protest of the club’s response to the abuse allegations. Queen Elizabeth’s message is the latest note of support from celebrities and famous figures. On Friday, donated $ 500,000 to the Red Cross to aid in Hurricane Harvey relief efforts, while Taylor Swift made a “very sizable donation” to the Houston Food Bank.

For more on how to help/donate to Hurricane Harvey relief efforts, please click