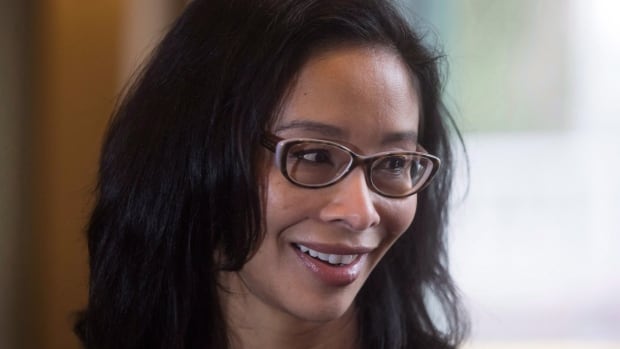 A majority of the country's doctors report having good mental health overall, but a significant proportion report experiencing burnout, depression and even thoughts of suicide, a survey by the Canadian Medical Association suggests.

Results of the national online survey completed by 2,547 physicians and 400 medical residents found reported rates of burnout and depression were higher among residents than practising physicians and more prevalent among female doctors than their male counterparts.

"Poor physician health not only affects physicians individually, but studies have shown it can have an impact on patient care," said CMA president Dr. Gigi Osler, a Winnipeg ear, nose and throat surgeon.

While 82 per cent of physicians and residents indicated they had high resilience, more than one in four reported elevated levels of burnout and one in three screened positive for depression, the report released Wednesday found.

Female physicians were more likely to report burnout and screen positive for depression, compared to their male colleagues. But women doctors also reported having higher emotional and psychological well-being than men in the profession.

"For years we have been focusing on the individual physicians," Osler said in an interview Wednesday. "Eat well. Exercise. Sleep well. Do some mindfulness training. You've got to make yourself more resilient.

"And they have been doing that, but we're still seeing these high levels of burnout. So I think that means the issues and the drivers are deeper than just individuals."

Ashamed to ask for help

Dr. Murray Erlich, a retired Toronto psychiatrist who now works with doctors and others as a life coach, said he was alarmed to learn that 19 per cent of respondents had experienced thoughts of suicide at some point in their lives.

He said burnout causes a person to feel emotionally exhausted; experience depersonalization, as if they aren't fully present; and to have a decreased sense of accomplishment. The condition can lead in some cases to depression, he added.

Typically hard-working and often perfectionistic, medical students, residents and doctors are driven to be high achievers in their field, which can mean giving up life balance and time for self-care, Erlich suggested.

"It helps build this veneer in which we are trained to look healthy and good and on top of things," he said. But at the same time, he's heard many doctors he's counselled say they feel like impostors, no matter how capable or competent they are.

In part, that can arise from the demands of their job or clinical curriculum, including heavy patient loads, decreasing resources, and an overwhelming mushrooming of medical information that few physicians and trainees can keep up with, Erlich said.

"So I think that feeds this sense of no matter how good I may be, maybe I'm not good enough."

Yet the survey found that while 81 per cent of respondents reported being aware of the availability of physician health services, only 15 per cent reported accessing them in the previous five years.

Among the most cited reasons for not seeking such services were beliefs that their situation wasn't severe enough and being ashamed to ask for help.

"Stigma exists," said Erlich. "And I think there's fear of embarrassment and shame," he said, adding that there also can be professional repercussions from having a mental health issue, including potential actions by a provincial college of physicians and surgeons that could affect a doctor's ability to practice.

Health-care issues can be draining

Osler said the systemic problems within the health-care system — for instance, patients with mental health problems but too few resources for their care and a growing number of seniors with multiple health issues but a dearth of long-term care beds — are beyond doctors' control yet can contribute to burnout and depression.

"If you're a physician with a lot of compassion and empathy and you want to help these folks, it drains you. It really becomes exhausting," she said.

"It's easy to tell people to buck up, suck it up, Buttercup. It's harder to make the big systemic changes."

In a Physician Health Policy adopted in December, the CMA makes a number of recommendations, among them that individual doctors "engage in fostering supportive work and training environments" and that governments adopt "wellness standards through a lens of occupational health for physicians similar to those afforded to other Canadian workers."

The CMA, which represents about 85,000 physicians, residents and medical students across Canada, has also hired a vice-president of physician health and wellness.