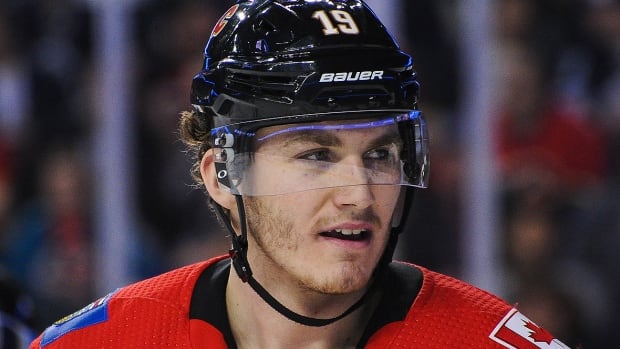 The Calgary Flames on Wednesday announced they have settled on a three-year contract worth $ 21 million US with restricted free-agent forward Matthew Tkachuk.

Tkachuk, 21, is coming off a career season that saw the a native of Scottsdale, Ariz., finish fourth in team scoring with 34 goals and 77 points in 80 regular-season games.

The youngest player in franchise history to reach 100 career points, Tkachuk has racked up 71 goals and 174 points in 224 NHL contests.

Drafted sixth overall by Calgary in 2016, Tkachuk played his junior hockey for the Ontario Hockey League’s London Knights, with whom he won a Memorial Cup in 2016.

At $ 7 million, the left-winger tops the Flames’ annual salary chart ahead of Johnny Gaudreau and Mark Giordano at $ 6.75 million apiece.

Tkachuk will be one year away from unrestricted free agency when this contract expires.

According to capfriendly.com, the Flames have $ 60 million committed to 12 roster players for the 2020-21 campaign.

Calgary’s season opener is Oct. 3 against the Colorado Avalanche.